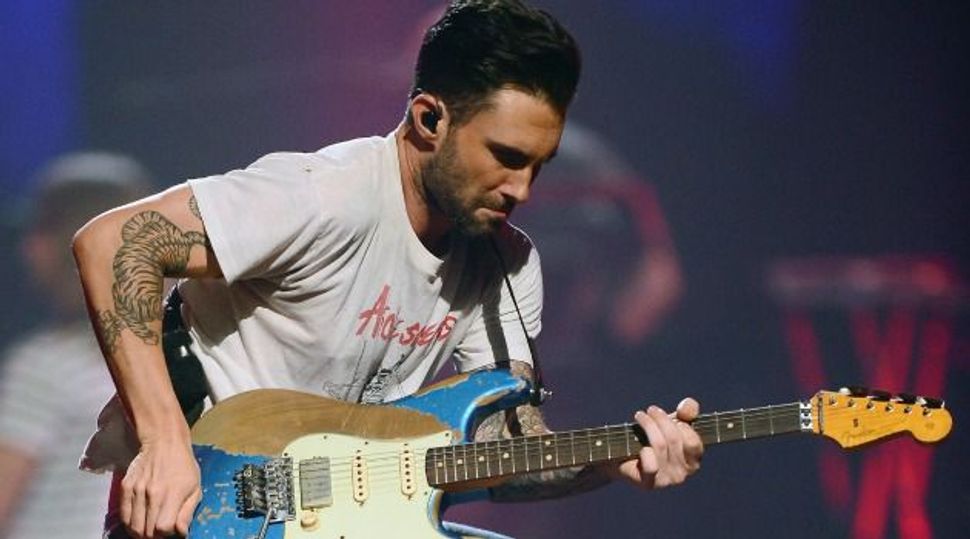 Adam Levine, front man of Maroon 5, host of “The Voice,” he of the moves like Mick Jagger, was named People’s Sexiest Man Alive this year. Is this good for the Jews?

For single Jewish men looking to get a date, this is very good news. Jewish men have been in a bit of a slump. The last time pale, hairy, Ashkenazi men were seen as attractive by mainstream America was probably during the mid-1970s, when Elliott Gould was in his prime. Since then, we’ve endured the Barbie/Ken/Ivana/Donald 1980s, the grunge 1990s, and of course, the last two decades of post-racial sexiness of all multicultural types. It hasn’t been easy being pale and brunette.

Plus, he didn’t change his name. Adam Levine, for heaven’s sake. I know another Adam Levine; he’s a respected physician who spends time treating infant diarrhea in Africa. What a mensch! But Adam Levine, the sexiest man alive?

I want to suggest, though, that the mainstreaming of the notion of Jewishness as an ethnicity that is not materially different from Italian, Irish or other Caucasian-but-not-WASP identities, is part of the same set of social currents that led institutional Jews to tear their combed over hair out over the Pew Research Center’s “A Portrait of Jewish Americans” this year.

Levine’s overt Jewishness can coexist with his sex appeal because Jewishness is not taboo. In part, the reasons are the same as why Jennifer Lopez didn’t change her name 20 years ago (as Martin Sheen, née Ramón Estevez, did 30 years prior); the days of whitewashing one’s ethnic difference are over.

The stereotype of Jewish men as nebbishy, Woody Allen types is not even a memory for most Americans under 40. Sure, there are still Jewish nerds, especially in comedy, but even they — Jonah Hill, Seth Rogen — are no longer the specifically Jewish Outsider of a previous generation. The neuroses, the Yiddishisms, the sexual hang-ups — they don’t really register anymore. Adam Levine is sexy and Jewish. So what?

One of the Forward’s more endearing, and silly, features is pointing out the often tenuous Jewishness of this or that public figure. As my partner puts it, “OMG, did you know that third-place javelin thrower is part Jewish?!” Partly, this feature stems from ethnic pride. But partly it derives from the defiance of stereotypes — that Jewish men aren’t athletic, or sexy, or whatever.

But those stereotypes are dead. And with them are many stereotypes of separateness, otherness and even inferiority that kept Jews endogamously glomming onto one another decade after anti-Semitic decade. Sure, anti-Semitism persists in many places, as the Anti-Defamation League reminds us in between advertisements for Israel’s right wing. But in America, the otherness of Jews is receding.

So, yes, there should be some furrowed brows at Levine’s latest achievement. It’s harder to defend the Jewish state at all costs, to terrify high school students about the Holocaust, and to insist on the evils of intermarriage when Jewishness is accepted and celebrated in the cultural mainstream. And when the notion of a Jewish Sexiest Man Alive isn’t Wow, or Gevalt — but Meh.

Jay Michaelson is a contributing editor of the Forward. He is the author most recently of ‘Evolving Dharma.’