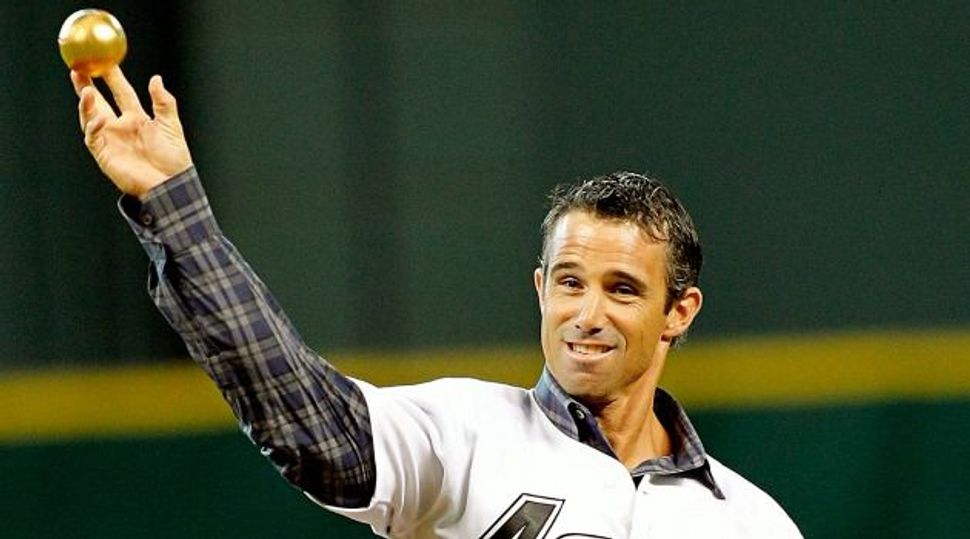 No Panic in Detroit: Brad Ausmus ucceeds Jim Leyland who was the dictionary definition of a grizzled, old school manager. Image by Getty Images

In November of last year, when Brad Ausmus was hired to be the new manager of the Detroit Tigers, a major milestone in Jewish baseball history was achieved. In addition to becoming the first Jewish skipper in the 119-year saga of one of baseball’s oldest and most respected franchises, Ausmus is also only the sixth manager of Jewish descent to helm a major league team on a non-interim basis, and just the eighth Jewish manager overall. And the 44-year-old Ausmus now has the opportunity to make an even greater contribution on behalf of Jews in the game.

To date, only one big league manager of Jewish extraction has ever led his team to a World Series championship: Lou Boudreau, player-manager of the Cleveland Indians when they won the Series in 1948. But while Boudreau was born to a Jewish mother, he was raised Catholic by his father and emphatically rejected his Jewish roots, thus leading many to dispute his place in Jewish baseball history. Therefore, if the Tigers win the World Series in 2014 (or in either of the two subsequent seasons on their new manager’s contract), Ausmus will be the first self-identified Jew to take his team to the “promised land.”

The Ausmus hiring is also part of major league baseball’s growing trend of front offices selecting smart-but-inexperienced former MLB players to manage their teams. A former All-Star catcher who retired from the game in 2010, Ausmus has no prior managerial experience in organized baseball beyond serving as the manager of Team Israel in the 2012 and 2013 World Baseball Classics. Still, the Tigers are betting that Ausmus’s impressive baseball intellect, and his ability to relate to his players as someone who only recently was still playing the game himself, will more than compensate for his lack of seasoning as a manager or coach.

Ausmus succeeds Jim Leyland, who was pretty much the dictionary definition of the grizzled and aloof “old school” manager, right down to a stubborn fixation with lefty-righty matchups and an equally stubborn refusal to integrate advanced metrics into his game plan. Ausmus is expected to take a much more nuanced and cerebral approach to running the Tigers, and the front office has made several off-season moves accordingly, becoming a more speed- and defense-oriented team in the process. If Ausmus can translate this into a World Series title for Detroit — something that Leyland was never able to achieve in his eight years at the helm, despite winning three straight division titles from 2011-13 — “old school” skippers may soon become an endangered species.

Dan Epstein is the author of “Big Hair and Plastic Grass: A Funky Ride Through Baseball and America in the Swinging ’70s.”