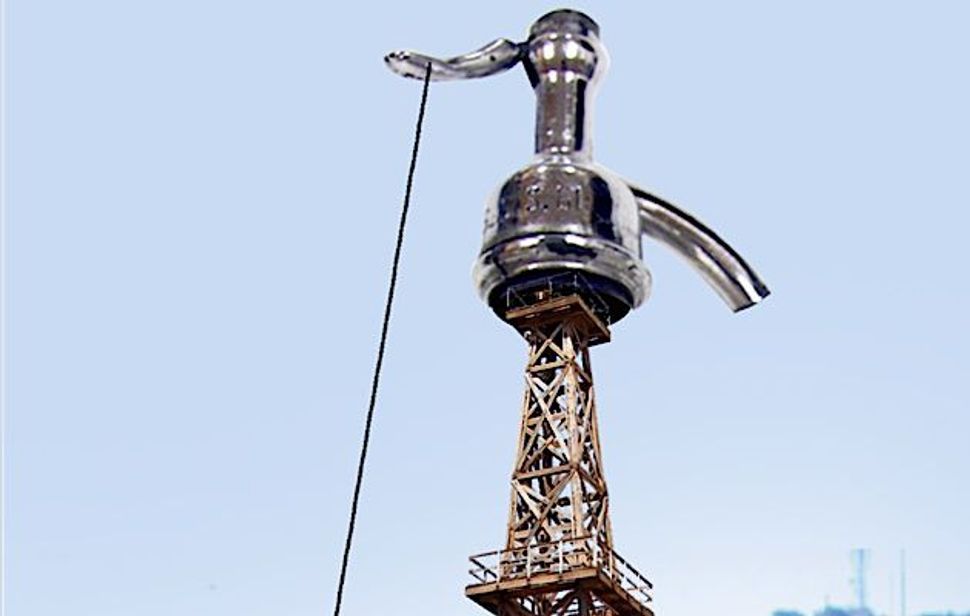 Experts have long said water would spark the next Middle East flare-up, but no one expected the conflagration to be filled with bubbles. 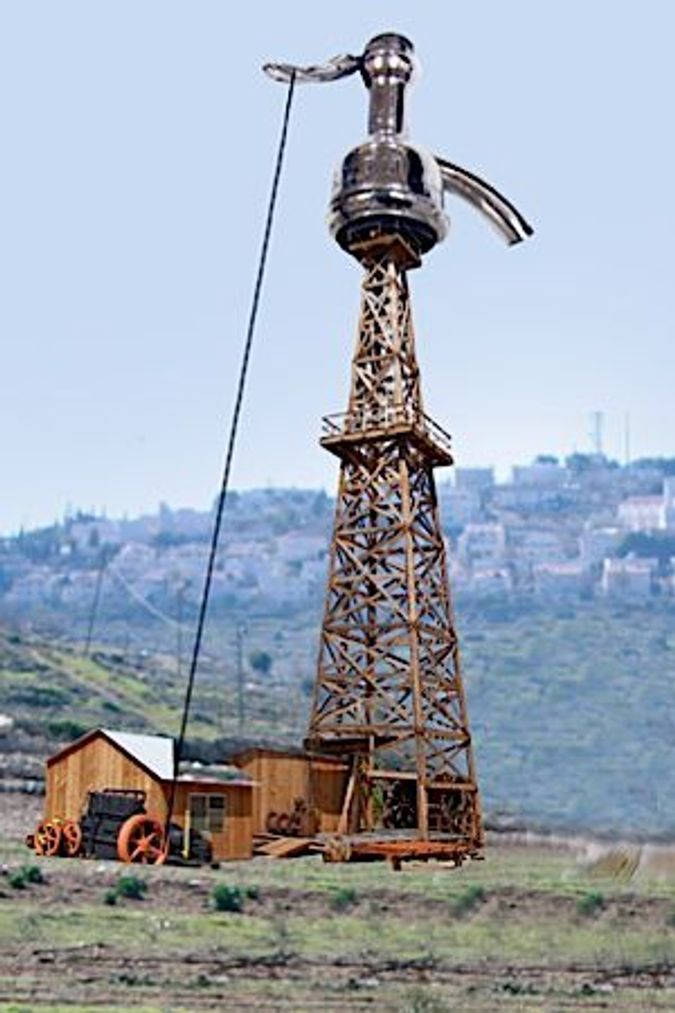 Just when it seemed the screaming headlines about SodaStream and its controversial Scarlett Johansson Super Bowl ad had died down, along comes a Palestinian farmer to upset the seltzer cart. On Tuesday February 4, Wakim Effi-Nas, a local olive farmer, was harvesting his crop and pulled out a shotgun. “I’m not a very good olive farmer,” admitted Effi-Nas.

His first shot missed the oil-bearing fruit entirely, but yielded something more precious than oil: a spring of pure, bubbly seltzer. “I knew it was the real thing,” said Effi-Nas, “because it immediately cleansed a nearby red wine stain.”

Hydrologists quickly verified the substance as seltzer, explaining that its carbonation comes from “Palestinian sighs,” mostly directed into wells, drains and other sources of groundwater. Within a day, Effi-Nas had been approached by local businessmen, eager to market the beverage across the Green Line. Distribution was a question: Better to build a pipeline directly into restaurants whose food exceeded a given sodium content or gout risk, or smuggle by night in the bottles of renegade clowns?

And of course, there was global giant SodaStream to take on. This led to the next challenge for the fledgling Palestinian enterprise: finding a hot spokesmodel.

“We only knew Ms. Johansson from ‘The Avengers,’ so we tried the other members of the team,” said Fal-Iz Nabbidad, CEO of the now-dubbed Gassy Sip company. “But no one got back to us besides Mark Ruffalo, whose responses were too soft-spoken to understand, and Robert Downey Jr., who said, ‘Ermmmmm, no.’”

Nabbidad and his cohorts are now making their way methodically down the Maxim Hot 100 list. “Seventy-eight and counting,” said the unflappably cheerful executive. “Enjoy choking on that dry corned beef, Eliza Dushku.”

The discovery of the spring has triggered a seltzer gold rush effect throughout the West Bank. Scores of would-be “Bubble Meisehs” now crisscross the land with divining rods, listening for the telltale signs of burping goats. Even in the Jewish settlements, lively rabbinic debates have ensued over the halachic permissibility of naturally occurring seltzer for a mikveh. “Do the bubbles detract from the overall volume?” asked Rabbi Mandl Bredt. “Or is the surrounding water joined to itself by the principle of lavud?” Bredt assures us that the poskim are working out an answer of greatest ease to the community: They will require each bubble to be measured by hand.

For now, Effi-Nas waits for the businessmen to figure out how to monetize his fizzy find, but remains skeptical. He remembers last year’s discovery of the “Cel-Ray Geyser” — and how before word could be spread, its six potential customers had died of old age. Having tasted it himself, he said, “They got lucky.”