How Many Men At CBS Had Heard That Eliza Dushku Was Sexually Threatened On Tape? 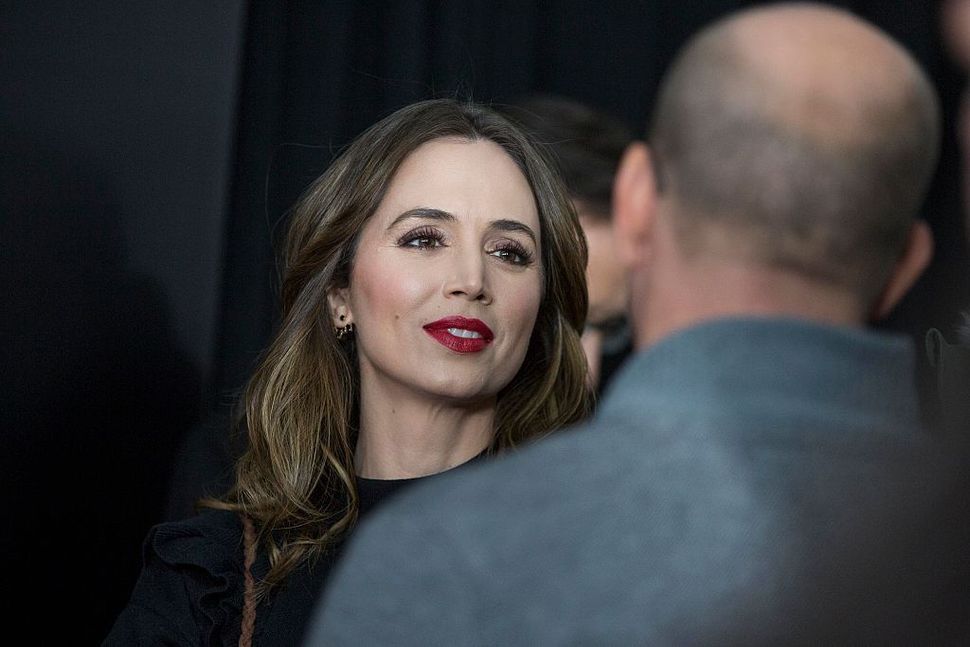 When giants like Harvey Weinstein and Les Moonves fall and the dust clears, has anything changed?

A $9.5 million settlement reached in January 2018 by CBS and actress Eliza Dushku, who was fired after complaining of sexual harassment by a coworker, reveals — according to outside investigators — a culture of harassment and violation that goes beyond then-network honcho Moonves. The New York Times reported last week that independent firms hired by CBS to investigate the sexual assault claims against Moonves found that Dushku’s case reflected the culture at CBS.

In an op-ed in the Boston Globe on Wednesday, Dushku wrote about details included in The New York Times report, including claims that her co-star on the CBS drama “Bull,” Michael Weatherly, made her the target of constant sexual harassment when they worked on the show together in 2017, calling her “legs,” threatening to take her to his “rape van,” full of “phallic objects and lubricant,” and announcing plans to “spank” her.

Many of these comments were made on camera during filming, including the “rape van” comment. When Dushku began mediation with CBS, the Times writes, CBS compliance officers gave over footage of filming, believing it would help their case. Rather, the footage was a “gold mine” for Dushku, as it showed hard evidence of Weatherly’s behavior as Dushku had described it.

In a settlement that included CBS and Amblin Entertainment, the Steven Spielberg production company which helps produce “Bull,” Dushku received $9.5 million dollars and agreed not to speak about her experiences. In her op-ed for the Globe, the actress writes that she didn’t speak to The Times because of the terms of her settlement, but when she saw that Weatherly and “Bull” showrunner Glenn Gordon Caron commented for the article she decided to respond.

Dushku writes that Weatherly’s constant, unchecked harassment inspired crew members to join in, making harassing comments with impunity. She writes that Weatherly often name-checked his close relationship to then-CBS head Moonves, talking about riding on his private plane and enjoying a personal friendship. When Dushku confronted Weatherly, she says, asking him to “be an ally” and change the sexual culture on set, she was fired. Caron, the show runner for “Bull,” fired her two days later, she writes. When her representatives complained, she claims he said, “What does [Eliza] expect? She was in Maxim,” — referring to photos in the magazine of the actress in lingerie — and suggested that if she sued CBS her career would end.

Later in the mediation process, Dushku writes, CBS used a photo of her in a bikini from her Instagram as evidence of her character.

Steven Spielberg, the co-founder of Amblin Entertainment, has publicly supported the Time’s Up movement to end sexual harassment in Hollywood. But Spielberg, Dushku writes, has not yet made a time to meet with her, though their meeting was a term in her settlement with Amblin.

Moonves is out at CBS, but Weatherly, Caron and their crew remain. Spielberg’s Amblin group will continue to be involved in the production of “Bull.” And David Stapf, the President of CBS Television during Dushku’s time at the network, is in consideration to replace Moonves. Mark Engstrom, the chief compliance officer at CBS who, according to investigative reports seen by The Times says shared tapes containing evidence of Weatherly’s harassment in hopes of implicating Dushku, also remains at CBS.

How Many Men At CBS Had Heard That Eliza Dushku Was Sexually Threatened On Tape?