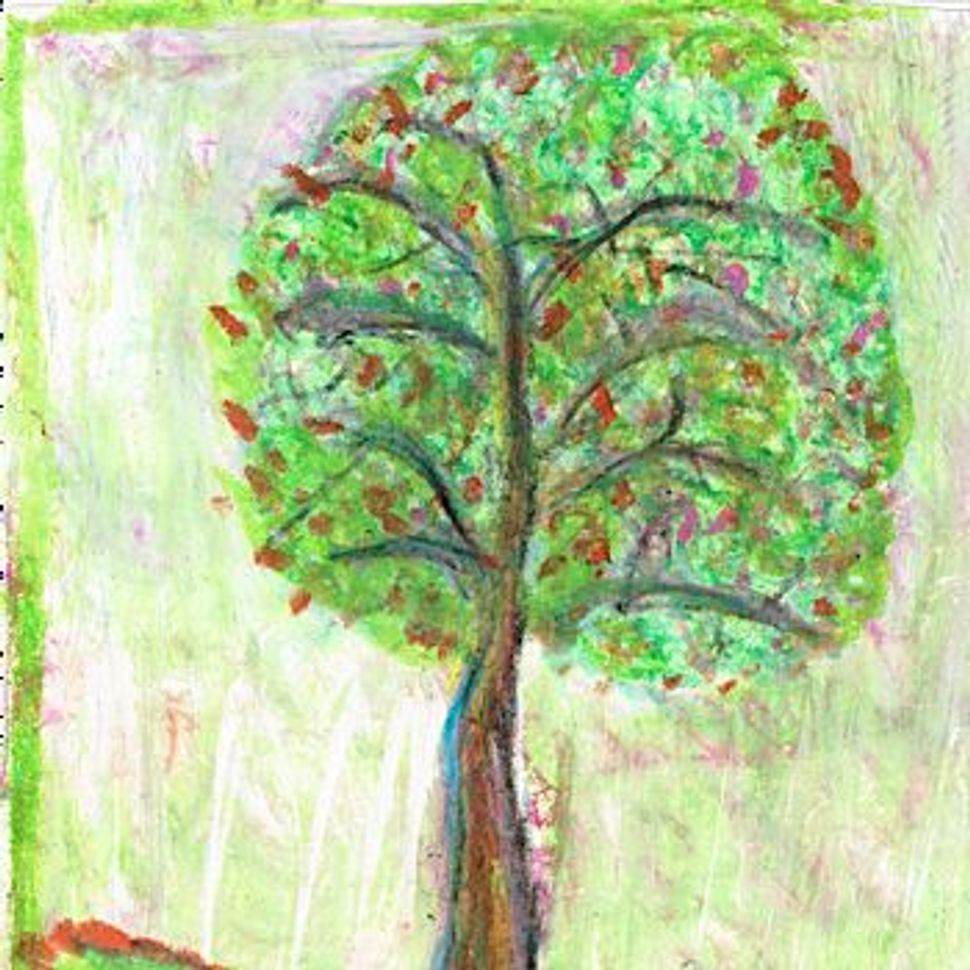 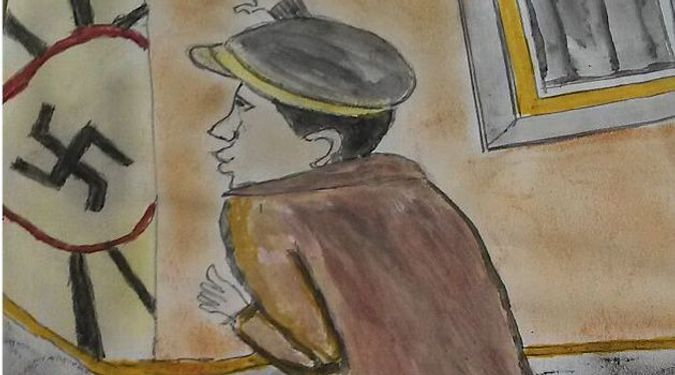 On the Lookout: The paintings by 98-year-old Irving Kamrat depicts scenes from his youth in Poland and the Buchenwald concentration camp. Image by Irving Kamrat

There’s a painting of Hitler with an almost Picasso-esquely skewed face, and a blue coat. There’s a painting of a boy in a brown suit peering at a swastika painted on a wall. And then there are paintings of houses, people taking walks, forests and trees, lots of trees. In other words, the paintings of Irving Kamrat, 98, depict scenes of his youth. The Polish native grew up in a shtetl, and was deported to the Buchenwald concentration camp after the Nazis invaded Poland. The survivor now lives in Long Island, New York. He has commemorated much of what he went through in his folk art style paintings. “He talked about [the Holocaust] but really painted much more about it,” says Nasya Kamrat, his 34-year-old granddaughter. 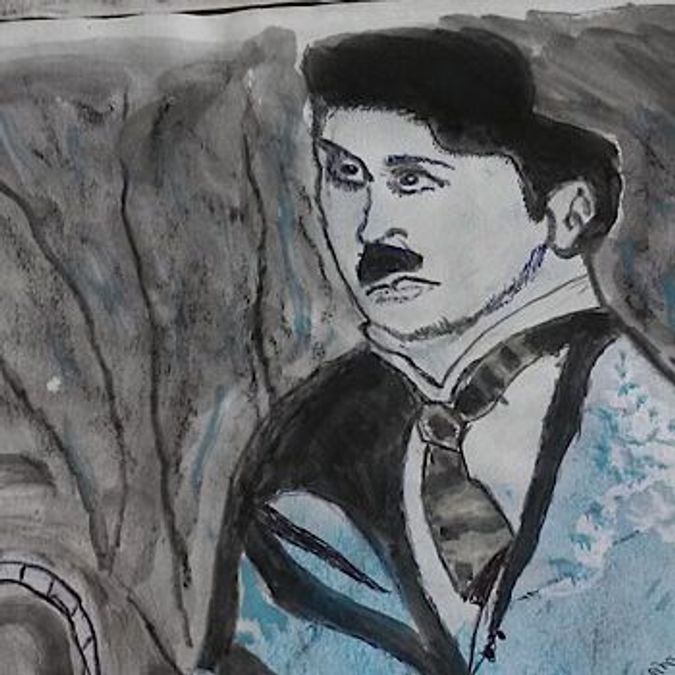 Kamrat, who runs an animation film company called FacultyNY in Brooklyn, has started an ambitious project: bringing survivors’ stories to life using animation based on her grandfather’s art, and featuring interviews as background narration. Together with her team, she is currently fundraising to produce “Unspeakable: An Animated Holocaust Documentary”, a short film that is scheduled to come out in November.

The film will center around the stories of her grandfather, and another woman, Yvonne Engelman, who was deported from Czechoslovakia to Auschwitz at the age of 16 in 1944, and taken to the gas chambers. Just as they were entering the fake showers, they were thrown out again by the Nazi camp guards. 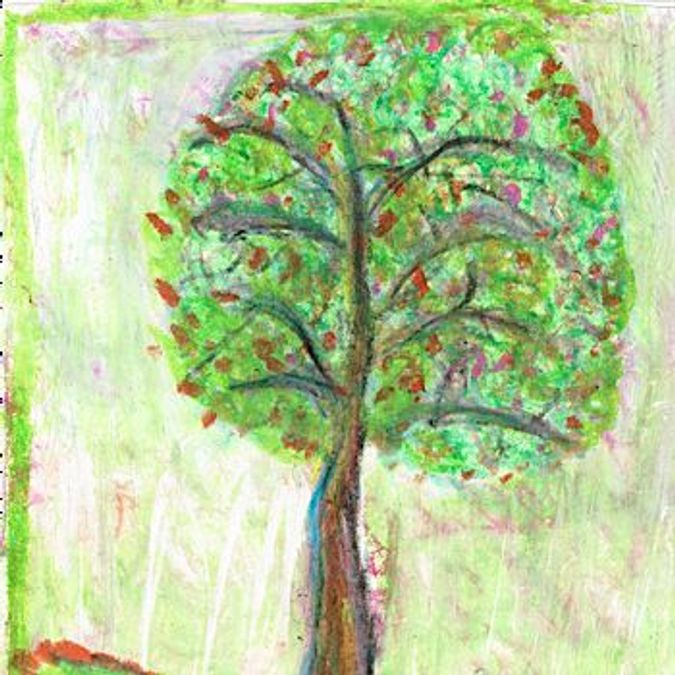 In the beginning, Nasya Kamrat recounts, her goal was to memorialize her grandfather’s story. Irving Kamrat’s life was saved by a German guard: Towards the end of the war, the Nazis were killing people by playing a “game” in which Jews had to count off, and were killed if they got the “wrong” number. One day, Irving was picked and taken to a room where he was supposed to be killed by hanging. The German guard, who he had gotten to know well, hid him in a bin filled with laundry from previously killed inmates, and snuck him out of the room. The camp was liberated shortly thereafter.

When Kamrat shared her idea with friends, many told her other survivors’ stories. “I realized it was so much bigger than just my own family story,” she said.

She also realized that animation could prove to be an effective tool, as it allows reenacting the stories, and thus bringing them back to life, while presenting a fresh perspective on Holocaust education: “I remember always having the images of the footage we’ve all seen,” said Kamrat, referring to black-and-white photos and videos that are usually shown in schools and museums. “It’s really powerful but after a while you’re almost immune to it.”

The success of the recent animated documentaries “Waltz with Bashir” and “Persepolis” inspired Kamrat and her business partner Joshua Balgos, who usually produce animated advertising videos for their company, to attempt to venture into the feature film genre. The completed short film will go through the festival circuit next year and help raising funds for a full-length feature film.

With the number of survivors dwindling, Kamrat sees her work as important: “For me, it’s paying it forward to future generations.”