Of Egg Creams, Ed Koch and 49 Other Facts You Didn’t Know About Jewish New York 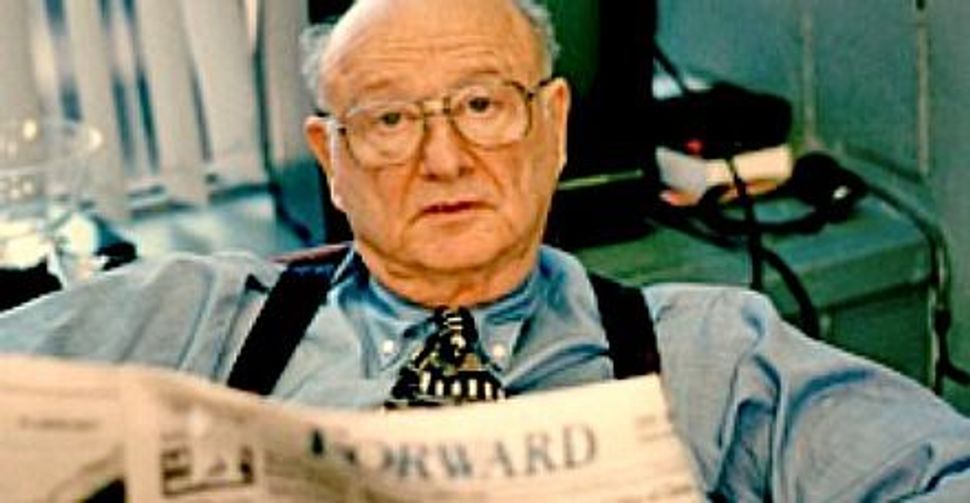 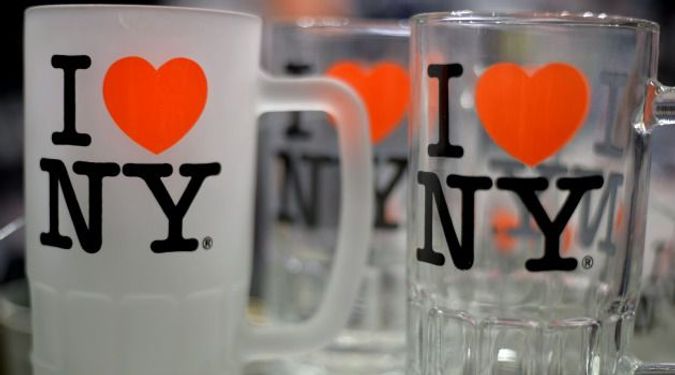 2. Congregation Shearith Israel, founded in New York in 1654, was the first synagogue in the colonies. It was the sole purveyor of kosher meat until 1813.

4. In 1902, the Beef Trust raised the price of kosher meat on the Lower East Side from 12 to 18 cents per pound. After butchers’ boycotts proved ineffectual, 20,000 Lower East Side women stole meat from kosher butcher shops and set it on fire on the streets in protest. The Forward supported their efforts, running the headline “Bravo, Bravo, Bravo, Jewish women!”

5. On March 25, 1911, the Triangle Shirtwaist fire claimed the lives of 146 garment workers, the majority of whom were Jewish immigrants. Reporting on the tragedy, the Forverts wrote that ‘the disaster is too great, to dreadful, to be able to express one’s feelings.”

6. When entertainer Al Jolson came to New York City at age 14, he held jobs in the circus and as a singing waiter. Born to a cantor, Jolson’s career took off when he began performing in blackface. 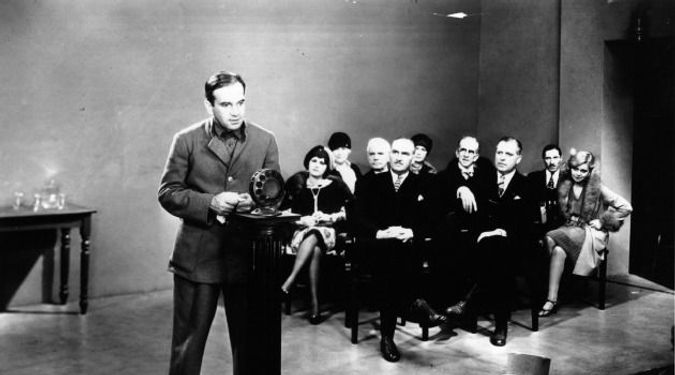 7. In 1903, the Lower East Side Chinese and Jewish communities formed an unlikely partnership when Chinese organizers put on a benefit for Jewish victims of the Kishinev pogrom, raising $280.

8. In 1930, there were over 80 pickle vendors in the Lower East Side’s thriving Jewish pickle scene. The briney delights were brought to America in the mid-19th century by German Jewish immigrants.

9. The egg cream is thought to have been invented by the Jewish owner of a Brooklyn candy shop. musician Lou Reed was a famous admirer of the frothy drink.

10. From the beginning of the 20th century till the close of World War II, the Lower East Side’s 2nd Avenue was known as the Yiddish Theater District, or the Jewish Rialto. It extended from 2nd Avenue to Avenue B, and from 14th Street to Houston. Considered Broadway’s competitor, the Jewish Rialto was home to a variety of productions including burlesque and vaudeville shows, as well as Shakespearean, Jewish and classic plays, and were all in Yiddish.

11. The Jewish Rialto’s most popular haunt was the Cafe Royal on Second Avenue and 12th Street, where one could find performers such as Molly Picon and Charlie Chaplin sharing blintzes. 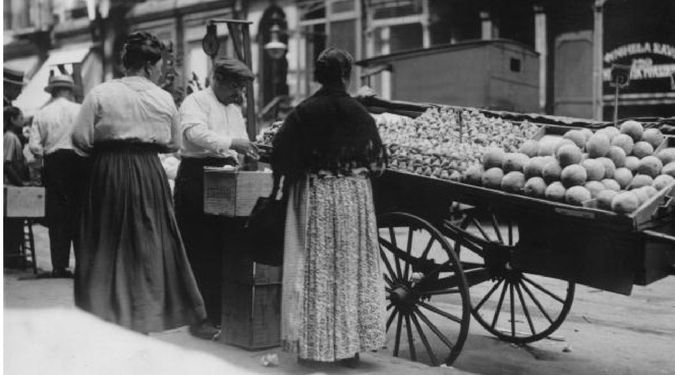 Pushcart City: Pushcarts were all the rage among Jewish vendors on the Lower East Side from the turn of the century until 1940, when Mayor Fiorello LaGuardia banned their use. Jewish pushcart operators sold everything from vegetables to cigars to stockings. Image by Getty Images

12. Pushcarts were all the rage among Jewish vendors on the Lower East Side from the turn of the century until 1940, when Mayor Fiorello LaGuardia banned their use. Jewish pushcart operators sold everything from vegetables to cigars to stockings.

13. At Sammy’s Roumanian Steak House on Chrystie and Delancey, every table is provided with a bottle of chicken fat as a condiment; resident emcee Dani Luv entertains diners with renditions of Jewish standards and punchy Borsht Belt humor.

14. One of the first kosher Chinese restaurants in New York was Moshe Peking, whose all-Chinese waitstaff wore yarmulkes.

15. The Second Avenue Deli opened in 1954 in the then-fading Yiddish Theater District. It featured a Yiddish Walk of Fame on the sidewalk outside its original location on Second Avenue and Tenth Street, and served up such Jewish specialties as matzo ball soup and corned beef. In 2007, it closed and reopened in Murray Hill. 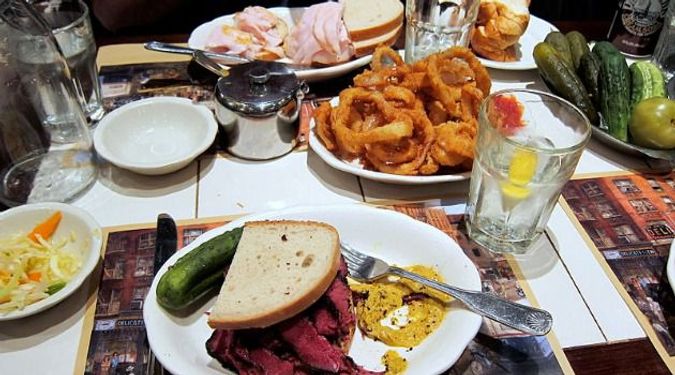 A feast at the Second Avenue Deli Image by Wikimedia Commons

17. Mayor La Guardia, who served for three terms from 1934 to 1945, was born to a Jewish mother and descended from Rabbi Samuel David Luzzatto, but practiced as an Episcopalian.

19. Sig Klein’s Fat Men’s Shop opened in the late 1800s at 52 Third Ave., and carried plus-sized clothes for men. Its sign featured the slogan: “If everyone was fat there would be no war.”

21. The popular and proudly Jewish mayor Ed Koch, who served from 1978 to 1989, was known for the phrase “How’m I doing?” which he would ask passersby while standing on street corners or riding the subway. Newsday called him the “ultimate New Yorker.” 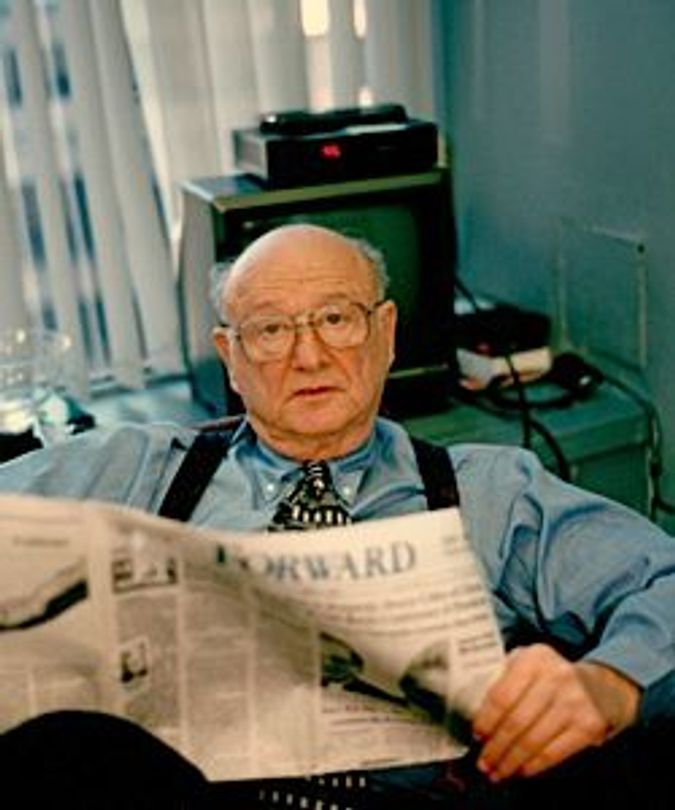 22. The erection of the Brooklyn Bridge in 1883 and the Williamsburg Bridge in 1903 catalyzed a Jewish exodus from the Lower East Side to Southside Williamsburg. Crossing the bridge on foot, the LES’s Jews left in search of better living conditions.

24. Jewish-fronted band The Ramones formed in the Forest Hills neighborhood of Queens in 1974.

25. Allen Ginsberg moved to New York to attend Columbia in 1943. He was purportedly related to seminal Zionist thinker Ahad Ha’am.

26. Poet and kabbalist Lionel Ziprin entertained visitors including Thelonius Monk, Charlie Parker, and Bob Dylan in his Lower East Side living room, expounding for hours on Jewish esoterica and history.

27. The bagel originated in Poland, and arrived in New York City in the 1880s in the hands of Eastern European Jewish immigrants.

29. In December 1951, New York City was hit with what The New York Times termed the “bagel famine,” when a dispute between the members of the Bagel trade union and the Bagel Bakers association led to the closing of 32 out of 34 of the city’s bagel bakeries. 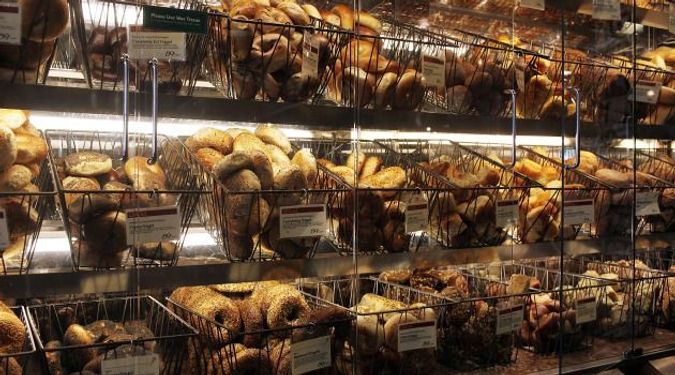 30. As a result of the bagel outage, the sale of lox dropped nearly 50%. Murray Nathan, who helped resolve an earlier lox strike in 1948, was brought in to mediate the situation. The outage lasted until February.

31. Coney Island Bagels and Bialys, the oldest kosher bagel shop in New York, was set to close in 2011 until two Muslim businessmen, Peerzada Shah and Zafaryab Ali, bought the store and promised to keep it kosher. Ali had previously worked at the shop for 10 years.

32. Lou Reed was born in Brooklyn, and in 1989 released an album whose title, “New York,” paid tribute to the city.

33. In a reinterpretation of Edgar Allen Poe’s “The Raven,” Lou Reed asked the four questions at the Downtown Seder at the Museum of Jewish Heritage in 2004.

34. Musician Lenny Kaye was born in the Washington Heights neighborhood of Manhattan in 1946. He met Patti Smith while working at Village Oldies on Bleecker Street and went on to become a member of the Patti Smith Group.

35. Starting in the 1970s, hundreds of thousands of Jews left the Soviet Union for New York, many settling in Brighton Beach, which came to be known as “Little Odessa.”

36. Established in 1927, Kehila Kedosha Janina at 280 Broome St. is the last remaining Greek Jewish synagogue in the Western Hemisphere. 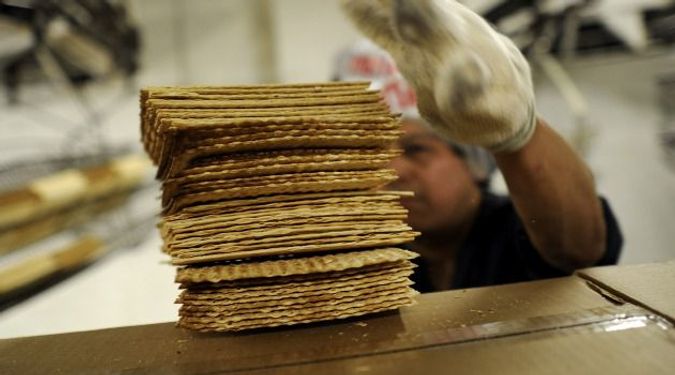 39. On the corner of Essex and Rutgers, down the street from the original Forverts building on Seward Park, the Garden Cafeteria served as a gathering place for Jewish actors, artists and playwrights such as Sholem Aleichem and Isaac Bashevis Singer from 1941 to 1983. It became Wing Shing, a Chinese restaurant, in 1985, and now houses Reena Spaulings Fine Art.

40. Seward Park on the Lower East Side was created in 1900. New immigrants worked in the park’s artisan market, and on special occasions such as elections, thousands gathered in the park to watch the Forverts’s flashing news sign in Yiddish.

41. Jewish gangs rose to prominence during the Prohibition; at a conference in New York in 1931, Jewish gangsters agreed to partner with Italian Americans, and together remained the most dominant groups in organized crime until several decades after WWII.

42. After an appeal from a New York judge, Nathan Perlman, Jewish gangster Meyer Lansky and members of Murder Inc. broke up Nazi rallies around the city for over a year, with the one stipulation that there be no killing.

43. Lines of a sonnet by Sephardic poet Emma Lazarus, who was born in New York City in 1847, are inscribed on the pedestal of the Statue of Liberty. 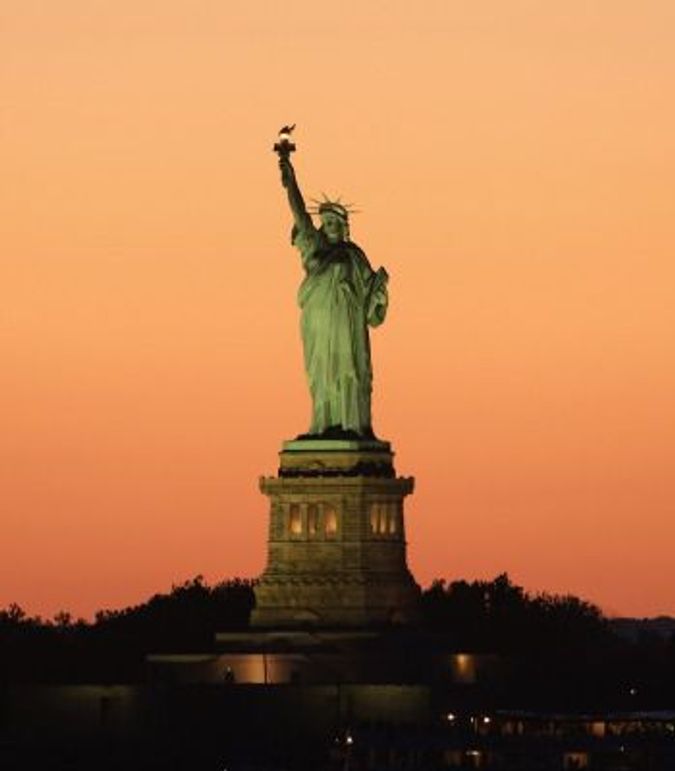 44. The house that stands at 770 Eastern Parkway in the Crown Heights neighborhood of Brooklyn is the center and spiritual home of the Chabad-Lubavitch movement. Formerly inhabited by Chabad’s late leader Menachem Mendel Schneerson, Lubavitchers have built replicas of the building all over the world to serve as movement outposts.

45. The first Reform congregation in New York City, Temple Emanu-El, was founded in 1845 by 33 mostly German Jews, and moved to its present location in 1929. Members have included Joan Rivers and Michael Bloomberg.

46. As large numbers of German Jews fleeing Nazi persecution made their homes in Washington Heights in the mid-1930s, the area was dubbed “Frankfurt on the Hudson.”

47. Sweet ‘n’ Low was invented in 1957 in Brooklyn by Benjamin Eisenstaedt.

49. Eight hasidic dynasties are headquartered in the Borough Park neighborhood of Brooklyn.

50. Outside of Israel, New York City is home to the largest population of Jews in the world.

Of Egg Creams, Ed Koch and 49 Other Facts You Didn’t Know About Jewish New York