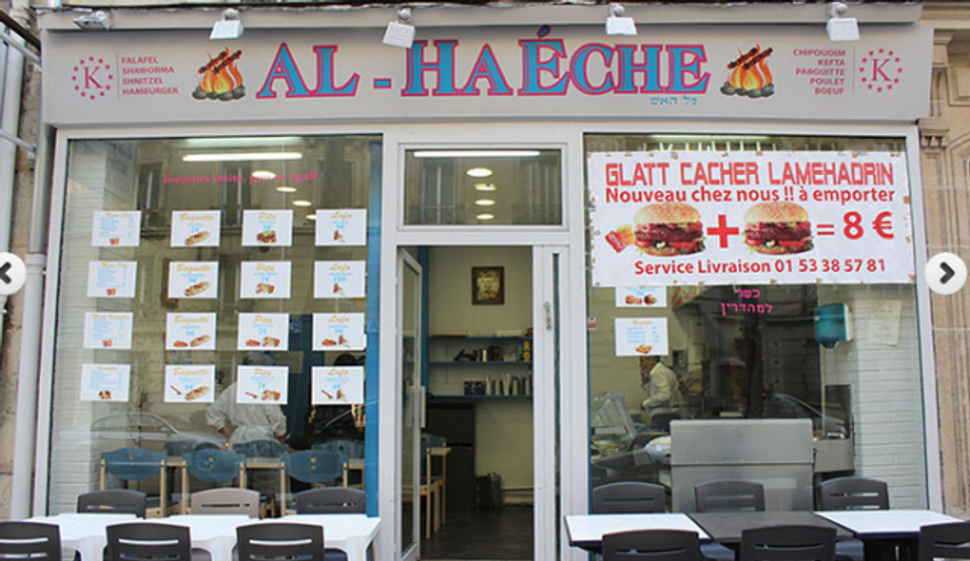 A kosher restaurant in Paris was fired on in an attack that is similar to one on a Paris synagogue days earlier.

Bullet holes were discovered Wednesday in the window of the Al Haeche kosher restaurant located in the 19th district of northeastern Paris. The attack reportedly occurred Tuesday night, the JSSNews website reported.

The bullet reportedly was fired from an air gun. An air gun is believed to have been used Monday night when a bullet crashed through a window of the David Ben Ichay Synagogue in Belleville, in the northeastern section of the French capital. The synagogue is located less than a mile from the restaurant.

The Bureau for National Vigilance Against Anti-Semitism, or BNVCA, condemned the incident and described it as anti-Semitic because it was deliberately aimed at a kosher restaurant, according to JSSNews.

“Regardless of the projectile, stone, lead ball or ball, the BNVCA considers the incident criminal and anti-Jewish” Sammy Ghozlan, president of BNVCA, told JSSNews.