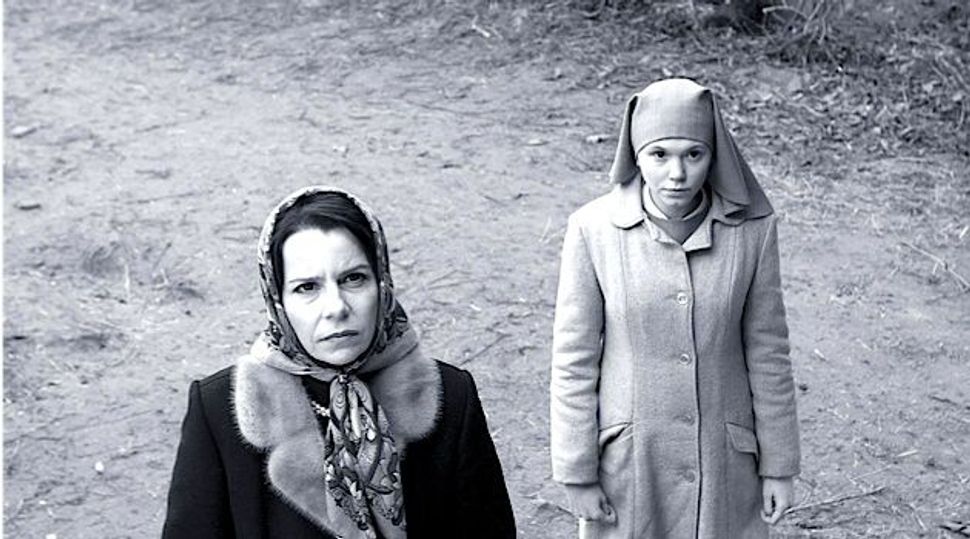 Every year since 1963, Poland has submitted a movie for the Academy Award for Best Foreign Language Film. Nine of the country’s past submissions have been shortlisted for the prize, and 2015 marks the 10th: “Ida,” a black-and-white film about a Polish nun (Agata Trzebuchowska) who discovers she is Jewish and that her parents were murdered by those who offered them sanctuary. It is bleak, slow and concise, while also offering a cast of ciphers for the complex history of 20th-century Poland.

English language critics have lauded the movie as an artistic triumph: A.O. Scott of The New York Times named it the second best movie of the year, and The New Yorker’s David Denby was “thrown into a state of awe by the movie’s fervent austerity.” But groups on both the Polish left and right are far from content with Ida’s treatment of Polish, particularly Polish Jewish, history.

One aspect of “Ida” that such groups find problematic is the fact that the only murder of Jews portrayed in the film is carried out by a Pole. Considering the outrage whenever Nazi death camps on Polish land are labeled “Polish” in the media or by officials, this might not be entirely surprising.

Critics also took issue with the character of the aunt, Wanda Gruz (Agata Kulesza), an ex-judge under the Stalinist regime who sentenced many people to death. Because she is the only middle-aged Polish Jew in the movie, some find her to be an unflattering avatar for those Jewish citizens who joined the secret police in Stalinist Poland.

The Polish Anti-Defamation League, which is circulating a petition that has 36,000 signatures, has asked the moviemakers to add contextualizing captions before the movie’s start, to make clear that Poland was occupied by Germany during the war and that many Poles did hide Jews even at the risk of death. In an email to The New York Times, one of the film’s producers, Eric Abraham, objected to the request. “It is telling that a fictional film about two women traumatized by National Socialism and Stalinism should so get under the skin of Polish nationalists,” Abraham wrote. “It’s as if anything that picks away at the scab of the nation’s unprocessed history of Stalinism and anti-Semitism remains a clear and present threat.”

According to Sheila Skaff, director of the master’s program at New York University’s Gallatin School and author of “The Law of the Looking Glass: Cinema in Poland, 1896-1939,” the film’s nomination caused anger in part because the director Pawel Pawlikowski is not seen as particularly influential in the Polish film scene. His work, Skaff says, is “more reminiscent of Ozu and Japanese cinema than postwar Polish cinema.” She noted that the film lacks the complex narrative and fast tempo of most contemporary Polish movies, and that this simple narrative structure coupled with heady political topics might not sit well with some.

“This is one of the gloomiest movies ever to come out of Poland,” said Skaff. “There’s a darkness that’s very hard for people to accept.”

Padraic Kenney, a history professor at Indiana University and vice president of the Association for Slavic, East European and Eurasian Studies, contends that the film’s role as “Poland’s business card to the world” has bred discord because large swathes of Polish political history are represented by just two characters: the orphaned Jewish girl Ida as a symbol of the war, and the hardened Jewish “comrade” Wanda as a avatar of Stalinism.

According to Kenney, Poland now has arrived at a place of maturity and open discourse about its role in World War II, and has come to terms with much of its Jewish history too, as witnessed by last year’s opening of the Museum of the History of the Polish Jews in Warsaw. But Poland’s communist history has not yet been sufficiently parsed,”and it was during communist reign in 1968 that most of Poland’s remaining Jews were forced into exile or assimilation. It is this far murkier period that is embodied in the character of Wanda, who is supposedly based on the alleged war criminal Helena Wolinska-Brus. 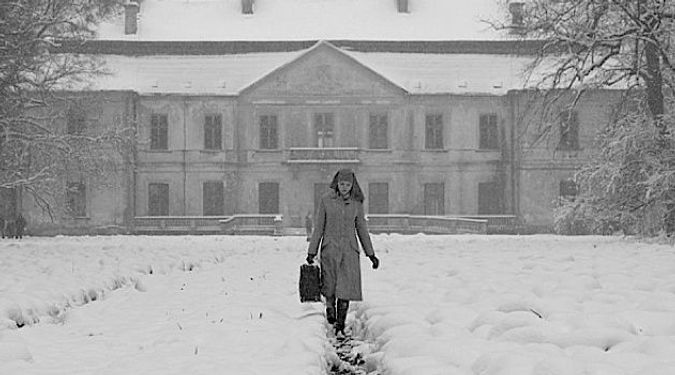 Snowed Over: The characters in ‘Ida’ are made to represent large swathes of Polish political history. Image by Opus film

“Ida,” Kenney says, is a highly unusual Polish film to be submitted for an Oscar. While other countries have settled on very specific formulae for their submissions — World War II biopics or “quirky comedies that make Norway or Estonia seem like a real fun place” — Poland varies its choices from one year to the next. Last year, Poland’s choice was a biopic of Lech Wałesa. “I can’t imagine a biopic ever winning the Oscar,” said Kenney, “because it’s made to speak to a Polish audience.”

“Ida” may be the only Polish movie in its category, but it is not the only Polish movie up for an award, Skaff said. Two Polish documentaries (“Joanna” and “Our Curse”) are up for the Oscar for Best Documentary Short Subject and both, she says, are centered on illness but are less dour than “Ida.” They endeavor to show viewers that Poland shouldn’t be seen as too glum a land.

Still, according to Kenney, the majority of Poles are unconcerned with the fate of “Ida” overseas. “We don’t think people will watch ‘Selma’ in France and get the wrong idea of the United States,” he said. “If this film wins the Oscar, it won’t be because people think it’s about Poland.”