The Novel France Can’t Put Down Depicts Muslim Future — Or Does It? 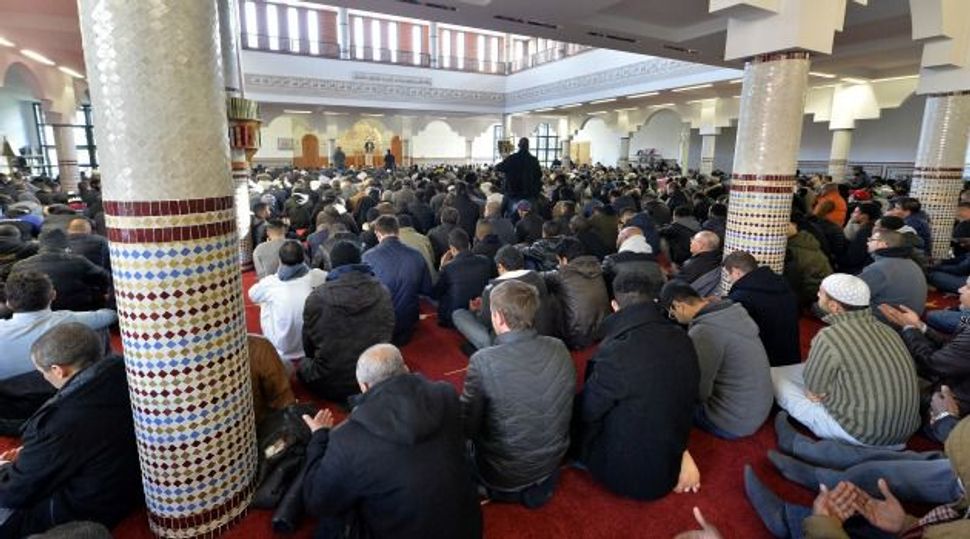 Future of France? French Muslims pray in the western city of Nantes. Image by getty images

Though it pretends to be about France’s near future, Michel Houellebecq’s controversial “Soumission” is also about its recent past. Set in the year 2022, the novel portrays a country riven by conflicting ideologies and worldviews, teetering on the edge of civil war. Yet, even as the streets of Paris become the stage for gun battles and bombings, men and women go about their lives as if tomorrow will be no different from today. When tomorrow does arrive, and turns out to be very different from yesterday, it is met with resignation rather than resistance. France is under new management, but it is business as usual.

Except, that is, for Jews.

As the world now seems to know — including those who, until last month, thought Houellebecq was a brand of Belgian beer — “Soumission” tells the story of the occupation of France. In the presidential elections of 2022, the Front National’s Marine Le Pen seems poised to succeed François Hollande. (Of course, Hollande winning a second term in 2017 is one of several plot twists about as credible as the French baguettes at Walmart.) The election takes place against the background of armed clashes between FN supporters and Muslims, whose sinister nature is deepened by news blackouts (yet another Walmart baguette, given the ubiquity of social media and foreign news outlets).

Come the first round of voting, newscasters are shocked — shocked! — to discover that finishing in second place, behind Marine Le Pen, is Mohammed Ben Abbes, the leader of the Muslim Fraternity. A graduate of France’s elite engineering school, Ben Abbes bears a passing resemblance to Egypt’s Mohammed Morsi, ex-president and former leader of the now-outlawed Muslim Brotherhood. But the similarities end where political smarts begin: Ben Abbes is a subtle and canny politician. In order to block the Front National’s path to power, he joins the defeated socialist and conservative leaders, Manuel Valls and Jean-François Copé, to form a “republican front.”

The novel’s protagonist, François, reacts to these seismic changes the way he reacts to most everything in life: He smokes another cigarette, empties another bottle of wine, and registers with another online escort service. A professor of literature at one of the less prestigious University of Paris campuses, François specializes in J.-K. Huysmans, the fin-de-siècle author who immortalized the age’s decadent ethos in his novel “A Rebours” (“Against Nature”). Like the novel’s hero, Des Esseintes, François is a sensualist, but a lazy one. When not browsing the frozen food aisle or online pornography sites, he scans his classes for young women for short-lived relationships. 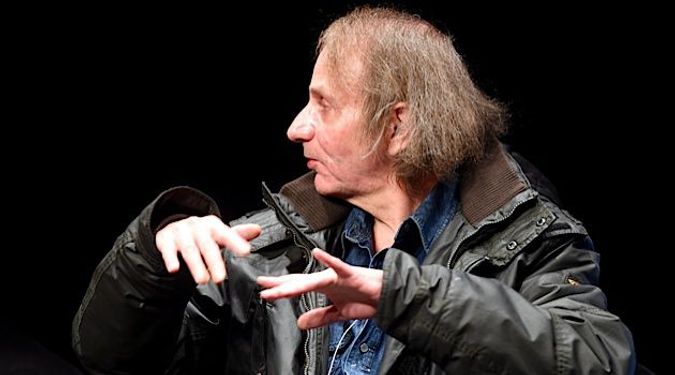 Hitting a Nerve: Houellebecq’s novel is currently the top-selling book in France. Image by Getty Images

This includes Myriam, a bright and sympathetic Jewish undergraduate, who when not spending Sabbath nights with her family, spends weeknights in François’s bed. This being France, Myriam loves this detached and disconnected man who, of course, is incapable of returning her affection. François best summarizes his condition when Myriam accuses him of being for a “return to patriarchy.” He is, he replies, “for nothing at all.” Which is both true — if one puts aside drinking, smoking and screwing — and uninteresting. (More than once in the novel, Houellebecq invites the comparison between François and Meursault, the hero of “The Stranger,” but Camus’s creation is disconcerting, while François is merely depressing.)

Between the two rounds of the election, Myriam’s parents decide to move the family from France to Israel. Oddly, it is less the prospect of the Muslim Fraternity than the National Front taking power that frightens them. Though Myriam insists that “the FN hasn’t been anti-Semitic in quite a while,” she fails to convince her parents. Or, for that matter, François. Rather like a professor commenting a student’s paper, he tells Myriam: “It hasn’t been as long as all of that.” While Marine Le Pen “has nothing to do with anti-Semitism,” François notes the father is a “brute” who represents “the old tradition of France’s extreme rightwing.”

In one of the few moving moments in the novel, Myriam, having told François that she will follow her parents, explodes: “What am I going to do in Israel? I don’t speak a word of Hebrew. My country is France.” Yet, Houellebecq, ill at ease with such confusion, quickly turns it into burlesque. “I love France,” Myriam exclaims, then gropes for an illustration. “I love… I don’t know… l love the cheese!” Taking his cue, François turns to his fridge: “I have some!” Shortly after, Myriam takes leave of François, asking what he will do after the second round of the elections. Walking her to the elevator, he replies: “There is no Israel for me.”

Nor, it becomes clear, is there a job for him. With the victory of the republican front, President Ben Abbes rewards his allies with the ministries like Defense, Treasury and Interior. His one unconditional demand, however, is to control the Ministry of National Education. An intelligence officer who works for the French equivalent of the NSA (and thus, we must assume, knows of what he speaks) observes that the Muslim Fraternity is mostly indifferent to the economy; for them, the future instead lies in demography and pedagogy. With a free hand to structure the public school curriculum around the Koran, Ben Abbes’s party will have begun the Muslim conquest of France.

While the parallel system of higher education, the elite “grandes écoles,” remains secular, the government assumes control of the floundering system of public universities. The jewel in the crown, the Sorbonne, is bought by a Saudi sheikh, and requires professors to convert to Islam if they wish to remain. It is a neat conceit twice over. First, the Sorbonne established a controversial campus in Abu Dhabi just a few years ago; and second, this most venerable of institutions returns to its original religious vocation. That the crescent has replaced the cross barely gives François pause: He signs on with the new management, less for the spiritual solace than for the several wives his new religion will provide.

“Soumission” has not only been the top-selling book in France since its publication, but its translations in Germany and Italy have also now rocketed to the top of the best-seller lists. This unprecedented success no doubt reflects the great unease that many Europeans, and not just the French, now feel about the place of Islam in their societies. In this respect, for many readers, the book offers a glimpse of a possible future. Houellebecq has himself insisted the events in his novel might well come to pass, if not in 10 years, perhaps in 50. Yet such a claim strains credulity just as much as Houellebecq’s narrative shortcuts strain one’s patience.

But is it possible the book is less a dyspeptic take on the future than a mordant view of the past? After all, scarcely 70 years ago an overwhelming number of French university professors submitted to a different kind of new moral order, one that required they take a vow of fidelity to the nation’s new leader and accept the purging of Jews from their ranks. Always the provocateur, Houellebecq drops the word “collaboration” in François’s reflections on the attitude of his peers. “Soumission,” he seems to suggest, is less a tale of what France will become than what it has long been.

The Novel France Can’t Put Down Depicts Muslim Future — Or Does It?