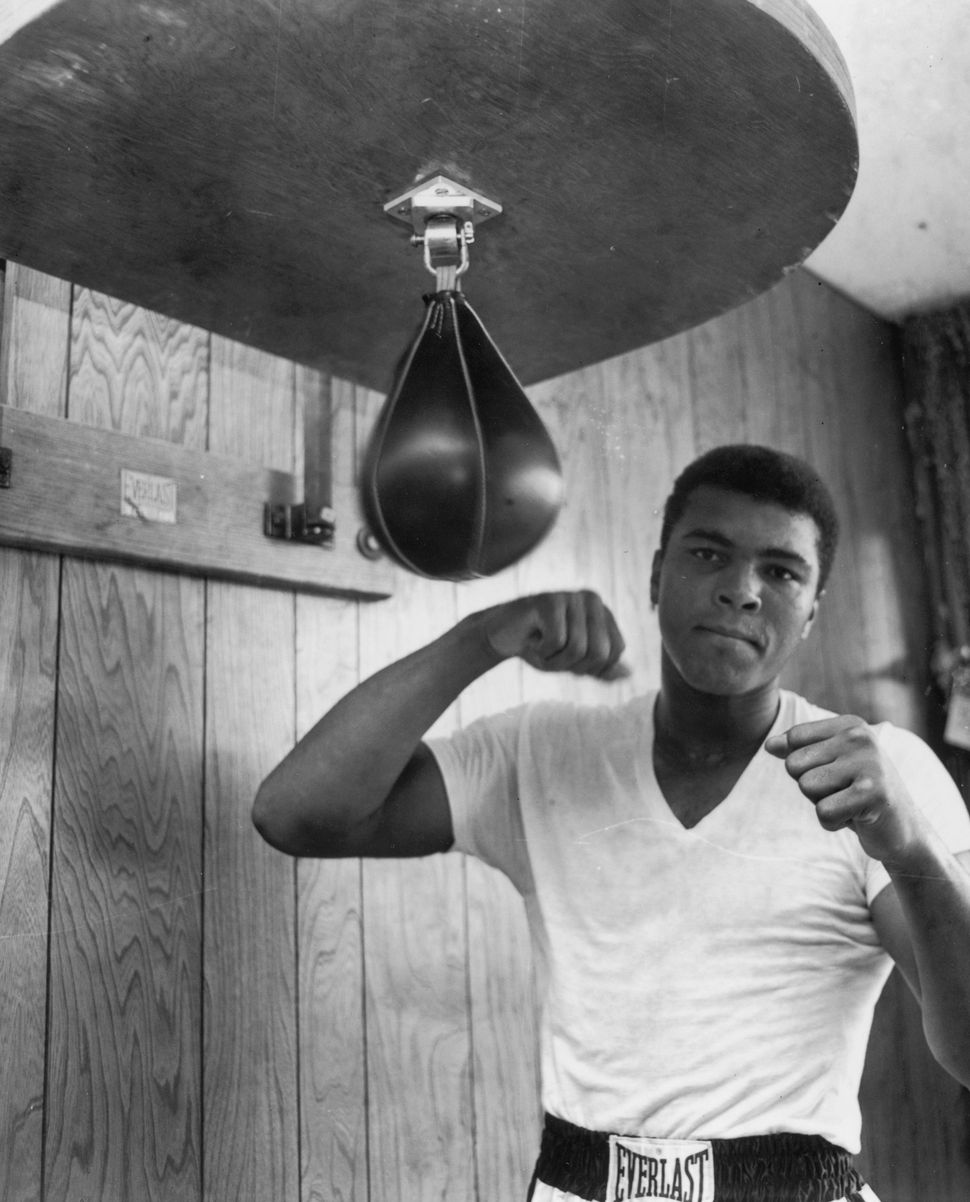 I thought about sports and anti-Semitism after reading about an extraordinarily ugly incident at a recent Dutch soccer game. And I realized that in my 44-year career at The New York Times, covering about 8,000 events, I personally witnessed only two such moments. And I wrote about only one other. I never was the object of an anti-Semitic rant (although I did have a sort of funny exchange with Muhammad Ali).

A more disturbing scenario arose a few weeks ago in the Dutch town of Utrecht, where the home team was playing the soccer equivalent of the New York Yankees—Ajax, from Amsterdam.

“Hamas, Hamas—Jews to the gas,” chanted some FC Utrecht fans against the club from Amsterdam, Holland’s center of Jewry.

Honestly, I’m not sure what this proves — that perhaps Europeans are more open about their anti-Semitism. Or that we have less (at least, overtly) here?

I do know that I cannot imagine an instance in American sports today where such a show would have gone on without retribution — if not arrests for inciting to riot, or fans being ejected, then at the least disqualification of the home team for being unable to keep fans’ action at a civil level.

Meanwhile, there is an obvious rise in anti-Semitic taunting and insults at Premier League games — soccer’s major league in England.

This has come while many of that country’s Tottenham Hotspur fans, who traditionally proudly call themselves “The Yid Army,” remain loudly passionate about their heroes.

I was a young, impressionable reporter back in 1965 when I was covering a basketball game at St. John’s University in Jamaica, Queens. The Redmen (Native American sobriquets were quite fashionable back then, and okay) were playing Creighton University, from Omaha. One of Creighton’s players was a fellow from Forest Hills, Queens, named Jay Warhaftig.

I noticed that whenever he touched the ball there were some shouts from the stands. I figured that was because he was a local kid. But then later in the game, he was penalized for charging and angrily slammed the ball to the floor. He was hit with a technical foul and his coach immediately pulled him out of the game.

Afterwards, I asked him what had happened. He was near tears. He said, “I’ll never return to St. John’s again.” Some fans in the stands were yelling anti-Jewish slurs, he said.

I wasn’t sure how to get this into print. I remember calling the copy desk and told to stay away from “the anti-Semitism angle.” So I merely wrote he was subjected to “cruel insults” — and the only readers who were the wiser were Jews sensitive to this sort of thing. I wish I had been more forthright, and perhaps if I had been on the job longer, I wouldn’t have caved in.

Ironically, the next day the assistant sports editor, a Fordham graduate, asked me what the insults were—and why I didn’t mention them. I had enormous respect for him after that.

Less than two years later I was covering another basketball game involving another Catholic university — this time it was Manhattan College, playing New York University at Madison Square Garden. The Manhattan nickname was the Jaspers, named for a Brother Jasper, who had been the school’s baseball coach in the 1890s.

After a Manhattan fan lobbed a beer can at an N.Y.U. player, some of the kids in the N.Y.U. band chanted “What the heck’s a Jasper?” Harmless enough, right?

But within seconds, from many places in the Garden, came a response: “Arm the Arabs! Arm the Arabs!” The default taunt obviously was to somehow twin Israel with N.Y.U., and its large Jewish student body.

Then, early in 1968, I got a call from someone who knew a Philadelphia Flyers’ hockey player named Larry Zeidel—the only Jew in the National Hockey League. A few days earlier, Zeidel had gotten into a stick-swinging duel with the Boston Bruins’ designated hit man, Eddie Shack. After the fight, said Zeidel, he heard someone from the Bruins’ bench shout, “You’re next for the gas ovens, Zeidel!”

Zeidel, whose grandparents had been cremated in a concentration camp, complained to the league president, the courtly Clarence Campbell. Zeidel said a cadre of five Bruins, whom he named, had been calling him anti-Semitic names all season. Shack wasn’t one of them — he just happened to be nearby when the name-calling resumed.

I called Campbell to ask what his thoughts were and what action, if any, he might take if he found Zeidel’s complaints to be true. I thought Campbell would take this quite seriously—Campbell, an attorney, actually was on the Allied legal staff at the Nuremburg War Crimes trial.

“I find it hard to believe it was anything more than baiting,” Campbell told me.

If there can be a lighter side to any of this, perhaps it was my discussion on race and prejudice with a young Muhammad Ali. He was talking about empowerment, and how historically blacks in America had been kept down.

“Look at the Jews,” he said. “They were barred from Miami Beach. So what did they do? They bought the place.”

I smiled, but then he put his hands to his mouth, like a little kid who had just said a naughty word, and blurted out, “Whoops! You’re not Jewish, are you?”

I told him I was, and that I wasn’t offended. In fact, I said, “You know, you’re probably right.” We both smiled.

Gerald Eskenazi is a former sportswriter for The New York Times