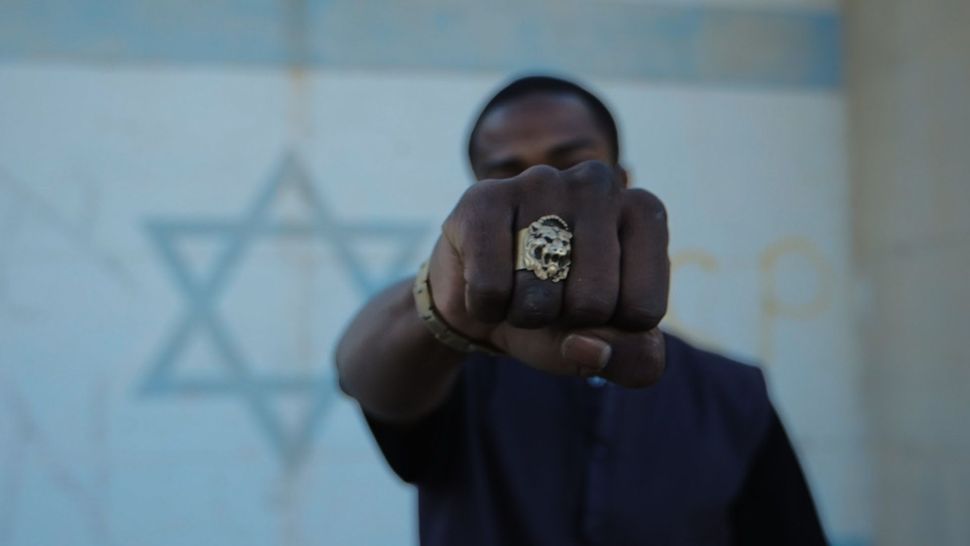 Image by Courtesy of VICE

The first episode of Vice Media’s new web series, opens with a warning: “Never make a documentary about the Arab-Israeli conflict.”

The show’s host, Mike Skinner of British hip hop group The Streets, makes a fair point — however cloying. The ongoing conflict, which technically began with the creation of the State of Israel in 1948, has truly (if undiplomatically) existed in the region for thousands of years. It’s ingrained in, and inseparable from contemporary society.

So when Vice announced a six-part docu-series called “Israel Palestine: Hip Hop In The Holy Land” back in July, I can’t lie and say that I wasn’t excited and intrigued.

With six episodes ranging from nine to 14 minutes, “Hip Hop In The Holy Land” attempts to broaden the discourse on rap culture in Israel and thePalestinian territories. Vice does this from a specialized standpoint. Founded in 1994 in Montreal, the company has become one of the leading sources for both news and entertainment among young, alternative media consumers, these days through its 10 distinct web channels/brand-specific sites connected to the main www.vice.com. In particular, Vice’s music site Noisey has created other series in this vein, about hip hop in Atlanta, dancehall music in Jamaica, metal in New Orleans, and more.

Having grown up playing music, writing music, and mostly writing about music, I’ve become a staunch believer that this art form in particular can unite people of disparate backgrounds. And as a humanistic Millennial Jew, I support this kind of artistic creation as a tool for non-violent protest, as well as mutual communication and understanding. In fact, I’ve already argued here that a number of groups are successfully using music to build peace in the region, and have been doing so for years.

Unfortunately, the most immediate problem with “Hip Hop In The Holy Land” is its constant verbal misrepresentation of religions and citizens. Much of the terminology used focuses on Jews against Arabs, which technically pits group of religious people against people who are from certain geo-political locations around the region. Better comparisons would include people of differing religions—mostly Jews, Muslims, and Christians in the area—or people who secularly identify with where they are from—most commonly the State of Israel or Palestine.

Throughout the series, Skinner meets many different musicians across the region. There’s the separatist Palestinian musician and activist, the Hasidic rapper, the spiritual-yet-non-religious Israelite of African descent, the popular secular Israeli DJ and rap star, the inclusive Palestinian rapper–turned-sex symbol, and finally, the African American transplant from Baltimore. Each offers a specialized perspective on the conflict though his music (if also presenting a frustrating lack of females in the scene and/or the series).

However, when Vice presents these individuals with the incongruent baseline descriptors of “Jewish” and “Arab,” it complicates the process of assessing the music in its most accurate context and the influence that music reaps on society. The inconsistent labeling distracts “Hip Hop in the Holy Land” from its original purpose — exploring the region’s musical diversity — and detracts from its credibility. 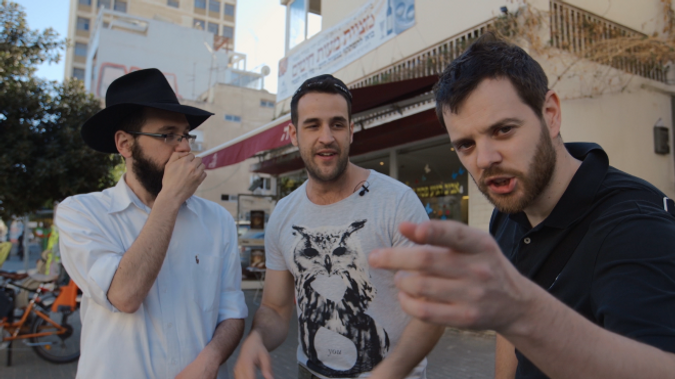 Image by Courtesy of VICE

But when “Hip Hop in the Holy Land” manages to connect artistic leaders with their respective underrepresented communities, the series serves as a fascinating and multi-faceted portrayal of Middle Eastern society. Ben Blackwell, the star of Episode 3, is one of the self-described Black Hebrews who lives in the African Village of Peace in the Negev town of Dimona. Back in the 1970s, his grandfather lead The Soul Messengers, a popular Israeli band that sang spiritual songs in the gospel and soul tradition, but you know, minus religion. Blackwell is one of the first modern musicians to garner attention outside of this community, rapping about Israeli statehood and peaceful ideals.

Another perspective too rarely conveyed is that of peaceful Palestinians. In Episode 4, Vice shows how rapper, actor, and self-described “Palestinian/Arab/Middle Eastern sex symbol” Saz, plays in both Israeli cities and Palestinian territories in front of diverse audiences. He often performs in traditional garb, not as an act of religious superiority, but as an effort to rep his heritage from an inclusive perspective, even with tracks entitled “Birthright” and “Born Here.”

Of course, “Hip Hop in the Holy Land” can’t begin to detail everything about Israeli and Palestinian musical culture, especially in just six short episodes. At its best, the series illustrates how pervasive the conflict really is, and how various artistic communities respond to the omnipresent politics. And by emphasizing that music is not a career option for most of those profiled, Vice reminds viewers that their artistic expressions serve more functional purposes like unification, protest, and education.

Hip hop’s mantra has always been to keep it real. Rappers owe it to themselves and their communities to tell the truth, or at least their versions of their truths. And everyone quoted in “Hip Hop In The Holy Land” fiercely supports that notion. So by giving members of these marginalized communities a platform through which to share their stories, Vice uncovers more information about what’s really happening in the holy land. If the series can inspire those of us abroad to learn about the conflict by listening to these artists and their songs, “Hip Hop In The Holy Land” will have been a success. But if those on the ground can positively and peacefully transform their communities through music, then their efforts will truly be triumphant.