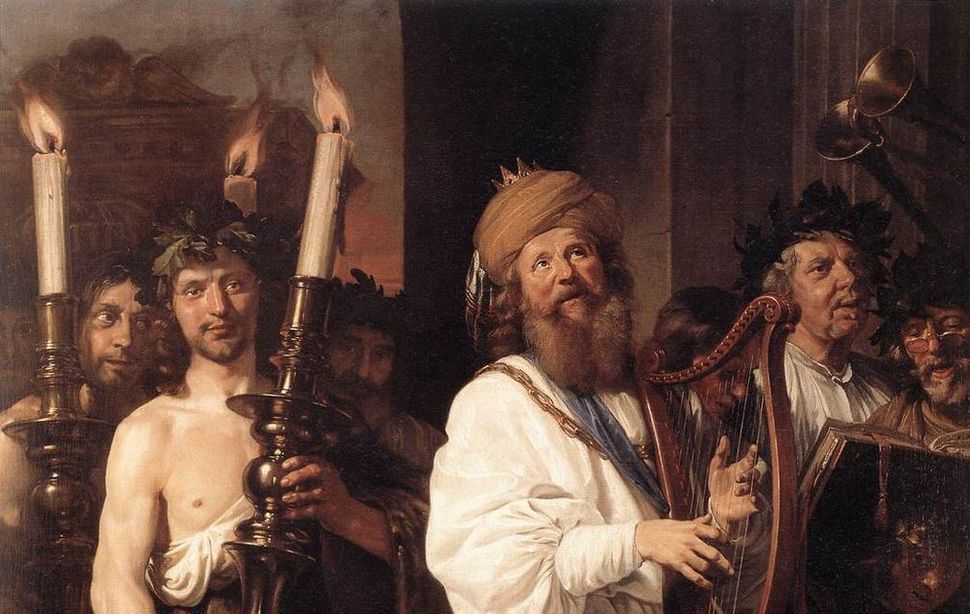 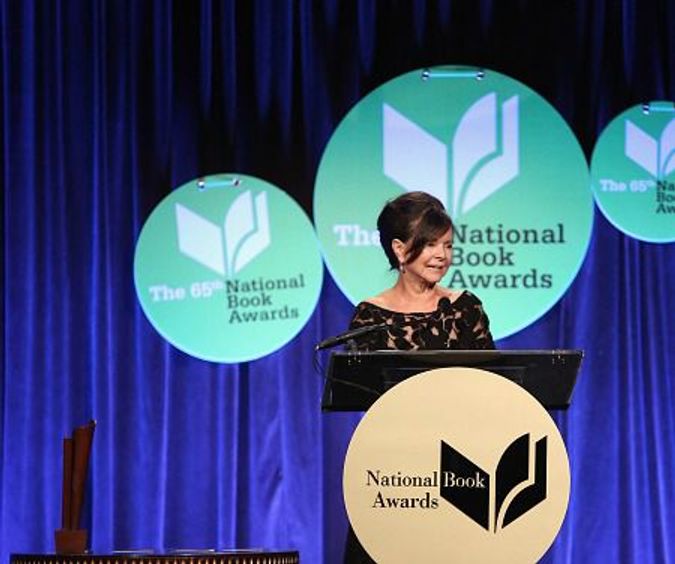 Musician and warrior, shepherd and poet, anointed of God and guilt-ridden sinner, the biblical King David is a compelling and contradictory figure. In her latest work of historical fiction, the Pulitzer Prize-winning novelist Geraldine Brooks (“March,” “People of the Book,” “Caleb’s Crossing”) heightens those contradictions, and offers a gritty, bloody, passionate look at a deeply flawed man and ruler.

“The Secret Chord” is told in the first person, from the point of view of the biblical prophet who counsels, and sometimes chastises, David. But, in a somewhat awkward contrivance, the narrative also draws on the prophet’s authorized interviews with others once close to the king, including his loving mother, his drunkard brother and his bitterly estranged first wife.

Brooks has altered the names of characters (and places) familiar from the Bible, using instead what she calls “their transliteration from the Hebrew of the Tanakh.” So Nathan becomes Natan; Saul, David’s predecessor, patron and rival, is Shaul; Jonathan, his close friend (and, in Brooks’s imagining, his lover), is Yonatan, and David’s son and successor, Solomon, is now Shlomo.

Brooks’s prose has a formal, sometimes stilted character, meant to evoke the era and also to echo its literary chroniclers. Here, for instance, is Natan’s description of an embrace he witnessed between David and Yonatan:

As he drew David’s head toward him, he leaned forward, and the dark fall of his hair did not conceal the truth of this encounter. They kissed. There was violence in it, and power, like lightning reaching from sky to earth…. And this, as most of the world now knows, was the way of it between David and Yonatan.

“The Secret Chord” is not for the squeamish, as Brooks zooms in with graphic intensity on the earthier aspects of biblical stories. Here, from the prologue, is how Natan summarizes his narrative aims:

I have set it all down, first and last, the light and the dark….

Because of me, he will live in death as he did in life: a man who dwelt in the searing glance of the divine, but who sweated and stank, who rutted without restraint, butchered the innocent, betrayed those most loyal to him. Who loved hugely, and was kind; who listened to brutal truth and honored the truth teller; who flayed himself for his wrongdoing; who built a nation, made music that pleased heaven, and left poems in our mouth that will be spoken by people yet unborn.

The uglier side of David is generally far more vivid — the angry, libertine, impulsive character who also happens to make gorgeous harp music and the occasional good decision. This David treats both his enemies and his women, categories that sometimes intersect, with harsh abandon.

Natan’s accounts of David’s battles stress the barbarousness of hand-to-hand combat and instances when the rules of engagement favor butchery over mercy. In a fight against the Plishtim (Philistines), David seems to exult in violence:

The women in “The Secret Chord” are mostly spared the horrors of battle. Instead, they are subjected to the intimate violence of the bedchamber. When David has sexual relations with Mikhal, his first wife and Shaul’s daughter, a woman who loves him, he makes clear that she is just a stand-in for her brother Yonatan. For Mikhail’s unswerving loyalty to David, her father beats her, forces her to marry another man and orders her second husband, Palti, to rape her on their wedding night. When, over time, she falls in love with the penitent Palti, David wrenches her away for the sake of power and vengeance.

But Mikhal is not the only victim. In Brooks’s telling, David’s seduction of Batsheva, wife of his faithful general, Uriah, becomes a rape. And its violence pales beside the incest-rape of Tamar, one of David’s daughters, by her half-brother Amnon — a violation that David never sees fit to punish. (With the exception of Shlomo, a child prodigy under the protective tutelage of Natan, David’s sons are a seamy, quarrelsome, disloyal lot to whose vices the king is too long blind.)

There are, to be sure, warmer moments and relationships. The polygamous David reveres his wife Avigail, a love match and a woman of great compassion and wisdom. Eventually, too, he and Batsheva develop a genuine bond, though one stained by David’s initial transgression against her and his guilt over the subsequent murder of her husband.

With the narrator, David maintains a wary friendship. Natan himself is a highly fallible figure, sometimes wavering and fearful despite being a vessel through which “the Name” both commands and prognosticates.

Amid all the blood and guts, Brooks retains her trademark storytelling gifts. Once past the ungainly opening chapters, with their sometimes baffling time shifts, readers are likely to be caught up in the momentum of a narrative that encompasses superhuman triumphs and grief. They may also breathe a sigh of relief that their own travails have never included a stay at the court of King David.