Irving Gottesman and the Subtlety of Genetic Psychology 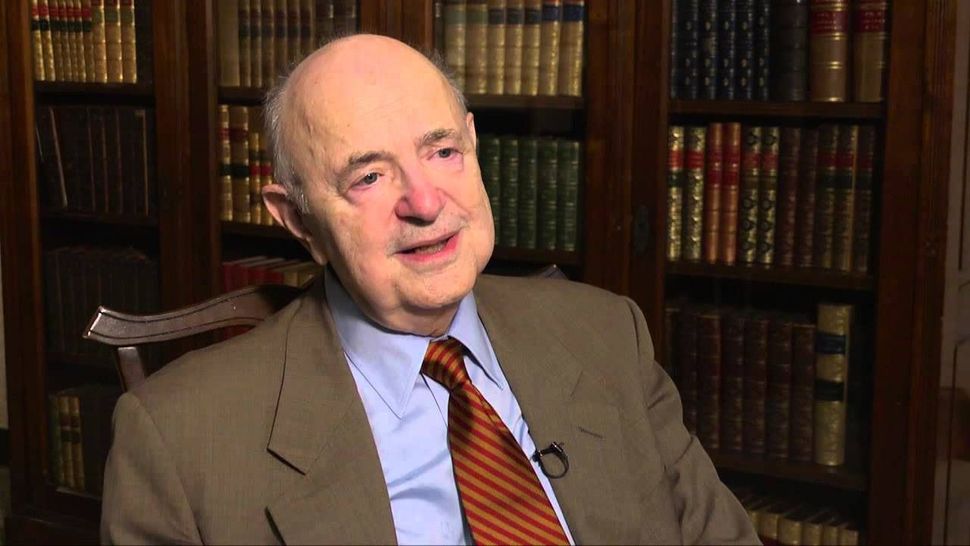 Irving Gottesman, a professor of psychology and modern pioneer in the study of the genetics of schizophrenia who died on June 29 at age 85, exemplified the saying attributed to Albert Einstein: “Subtle is the Lord, but malicious He is not.” Accepting complexities and contradictions in research without losing his unruffled good humor, the Cleveland-born Gottesman, of Hungarian and Romanian Jewish origin, always seemed to retain the determined approach that made him a prizewinning pole-vaulter at Shaker Heights High School in Ohio.

An obituary notice in the Minneapolis Star Tribune, a local paper near his longtime Minnesota home, suggested: “In lieu of flowers, tribute memorials can be directed to the U.S. Holocaust Memorial Museum or to a charity of their choice.” The Holocaust made a lasting impact on Gottesman beyond the obvious reasons. His landmark research with schizophrenia in sets of twins to find the still-undeciphered mix of genetics, family experiences, society, culture and economy affecting this and other disorders was stained by Nazi pseudoscience only a decade before Gottesman began his work.

Gottesman’s gentle baritone was captured in a filmed conversation with an academic colleague in 2014. In an uncommonly soothing voice reminiscent of Fred Rogers from “Mister Rogers’ Neighborhood,” Gottesman would interject a very occasional “yuh,” reminding the listener of his many years living in “Fargo” country.

Gottesman admitted that when he began combining the study of genetics and psychology through examining twins, criticisms of that approach arrived from those who saw it as “some kind of a Fascist plot, and this came about because of the way the Nazis had bastardized human genetics during that period of time from 1933 to 1945 and it was very difficult to undo what they had done.”

In “Schizophrenia Genesis: The Origins of Madness” (1990), Gottesman added: “‘Social biology’ can be perverted to evil ends and become ‘political (pseudo) biology,’ as it was by Adolf Hitler and the Nazis in implementing their insane policies of murdering psychiatric patients, genocide, and the Holocaust.” Gottesman went on to outline “six steps culminating in the Final Solution.” Setting these in historical context, he noted:

The last half of the nineteenth century saw a growing, misguided fear that a dysgenic tide would flood society with both insane and retarded persons who had been abandoned by their families and who would multiply “like rabbits.” Repressive legislation and the atrocities of the Third Reich were fed by such unfounded fears.

Gottesman went on to explain policies and their implementation: “‘Mercy killing’ of the mentally ill was discussed in the inner circle of Hitler’s advisors as early as 1935…. At first, only infants and institutionalized children under age three were designated for medical killing, after review, of course, and unanimous approval by a panel of three physicians. At least 5,000 institutionalized retarded children were killed in the program.”

From there, approximately 100,000 patients with schizophrenia, epilepsy and senile dementia were murdered by German physicians with governmental approval, in addition to millions of Jews and other targets of Nazi hatred. Gottesman also remained alert to diagnosing pathologies that led to the Holocaust. Responding to the 1995 book “The Quest for the Nazi Personality: A Psychological Investigation of Nazi War Criminals,” he wrote:

Rational, data-based explorations of such explosive questions as the origins of types of the Holocaust-producers’ personalities, using newly recovered information from the Nazi War Crimes archives, are rare; we are in the debt of these clinical psychologists for their postmortem dissections in the hope that resurgences of genocide may be prevented by their fresh insights.

Gottesman’s own insights were based on patiently gathering expert views and diagnoses from impartial experts. In doing so, he proved that data from identical, and to a somewhat lesser extent fraternal, twins indicates that schizophrenia can be inherited more frequently than by mere chance, or than if only environmental effects were at play. Gottesman said he was “sick to [his] stomach” at the notion that parents were given the sole burden of having caused their children to be schizophrenic by the way they were educated: “to think that in addition to the burden of raising a child who developed schizophrenia, that you could then be blamed for having produced schizophrenia in that child by the way you treated them.” By taking genetics into account — without entirely explaining the illness by heredity — a new mixed approach was achieved. Gottesman spoke of his behavioral genetics research with the affectionate enthusiasm of a collector of classic cars or other passionate hobby.

Undoing what the Nazis had defaced and reconstructing it so brilliantly that it found applications in understanding other afflictions, from alcoholism and autism to post-traumatic stress disorder, Gottesman retained a self-deprecating wit, as he did on the occasion of a 2001 Festschrift tribute to his ongoing accomplishments. A colleague wrote that Gottesman was fully aware through self-diagnosis as a professor of psychology of his multilayered inner feelings upon receiving honors: “This is more awkward than it might be for someone not trained as a clinical psychologist.”

Any such honoree was conscious that believing a public honor is deserved should keep in mind that “symptoms of narcissistic personality disorder include feelings of entitlement. As a clinical psychologist, sensing these feelings in oneself suggests going beyond an acceptable threshold. [Gottesman] was, thus, presented with a dilemma: Feelings of entitlement had been thrust upon him, but perhaps they were legitimate and not to be feared as symptoms. He hoped to fully embrace and enjoy these feelings, yet the cool hand of caution kept them in partial check.”

As his findings expanded in influence and useful applications, Gottesman kept alert for their human rights significance. In 2000, he testified for the plaintiffs in a court case in Hong Kong, after the local civil service discriminated, supposedly for public safety, against job candidates who had a family history of mental illness but no symptoms. Ever-subtle, Gottesman explained, “I testified that a genetically influenced disease isn’t a genetically determined one.”

Irving Gottesman and the Subtlety of Genetic Psychology