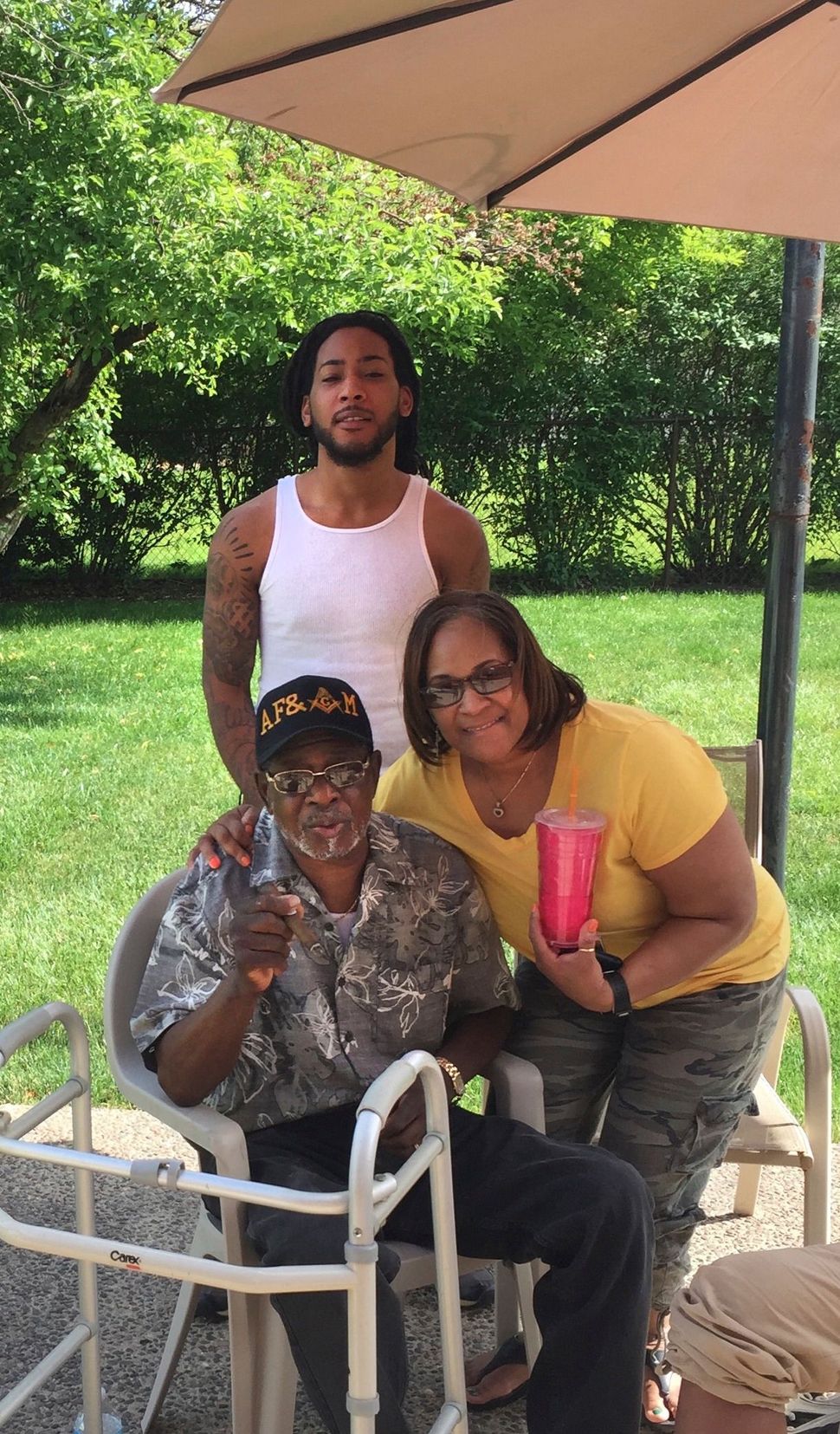 Tried and Tested: Angel Moses (right) with her father, George Moore, and son, Marcus. Image by Courtesy of Angel Moses

Cancer kept Angel Moses busy. Before even completing the five-year treatment for breast cancer after she was diagnosed in 2003, the disease recurred in the original breast and a new cancer developed in the other.

The Chicago resident first found she had the disease when she was just 38. Her age and the occurrence of her second cancer were factors that suggested Moses had hereditary breast cancer. She opted for testing and discovered that she did indeed carry a so-called Jewish gene mutation — BRCA2 — which dramatically increased her risk for both breast and ovarian cancer.

“I always thought I inherited it from my mom — but she’s deceased and never got tested,” said Moses, who is African American. But when Moses met with a genetic counselor, she learned that men can also pass the defective gene to their children. In addition, male carriers of the mutation are more likely to develop cancers of the breast, prostate and pancreas.

When Moses received the devastating news last month that her father, George Moore, had advanced prostate cancer, she quickly connected the dots. Moore, 84, is a widower and lives alone, so after his diagnosis, Moses accompanied him on all his medical visits. On one visit, she revealed to her father’s oncologist that she carried a BRCA2 gene mutation. Despite learning that information, the physician didn’t recommend testing for Moore. “I had to push for it,” Moses said. “That’s how I found out the gene came from him.”

Celebrities such as Angelina Jolie and Christina Applegate have helped publicize the risk for women with defects in the BRCA1 and BRCA2 genes. The problem, say experts in the field, is that the public — and even many clinicians — are woefully unaware of the deadly risks for men who carry the mutations and the possibility they may pass those risks of fatal disease onto their children.

“This is the message we have been trying to get across for the better part of two decades,” said Ellen Matloff, a genetic counselor and president and CEO of My Gene Counsel, a digital health company that helps patients make informed decisions regarding their genetic testing results.

When a person with a BRCA mutation has children, each child — both girls and boys — has a 50% chance of inheriting the defective gene. For this reason, it’s vital for both men and women whose individual or family history suggests the possible presence of a BRCA mutation to consider genetic testing. The results can alert other family members that they may also have an increased risk for different types of cancer.

People of Ashkenazi heritage are at a particularly high risk for these mutations: One in 40 carries a BRCA mutation — nearly nine times higher than the general population.

Now that Moses knows about the defect, her young-adult sons, Marcus and McKinley, can consider genetic counseling and testing. If they find they’re carriers, they can follow screening guidelines to mitigate disease and even potentially save their lives. The National Comprehensive Cancer Network advises men with BRCA mutations to begin breast self-exams and annual clinical breast exams at age 35, plus prostate cancer screening for male BRCA2 mutation carriers beginning at age 40.

While many people who carry these defective genes won’t ultimately get cancer, the risks are still much higher than those to the general population. About 12% of women will develop breast cancer during their lifetimes, says the National Cancer Institute. That number rises to as high as 65% of women who inherit a BRCA1 mutation and about 45% for those with a BRCA2 defect. Nearly 40% of women with a BRCA1 mutation and up to 17% with a BRCA2 defect will get ovarian cancer.

With prostate cancer, which is common in the general population, men have about a 14% risk for developing the disease by age 80. The BRCA mutations have been linked with an increased risk, particularly younger onset cancer diagnosed before age 65. Although more research is needed, experts place the risk for the disease at about 20% in men with gene mutations.

A growing body of research buttresses the imperative for men such as Moore to be tested so that those who test positive can alert their relatives. Just last month, American and British cancer researchers published a study in The New England Journal of Medicine (NEJM) that found that nearly 12% of men with advanced prostate cancer carried a gene mutation. In the men with mutations — which most commonly were defects in the BRCA2 gene — the disease was more aggressive and had a worse prognosis.

Based on these findings, researchers are recommending that all men with advanced prostate cancer be tested for inherited gene mutations — a significant departure from current practice. Most insurers cover the testing only for men with a family history of the disease.

“A significant percentage of men with metastatic prostate cancer have these mutations,” said Michael Walsh, a lead coauthor on the study and a geneticist and pediatric oncologist at Memorial Sloan Kettering Cancer Center in New York. “This information is important not just for the patient in front of us but for other family members who may also have a mutation.” Walsh echoed the important options for family members who may be affected, which include genetic counseling and regular screening for disease and risk-reductive surgeries.

The NEJM study pointed to another compelling reason to expand genetic testing in advanced prostate cancer patients: emerging medicines that appear to be specifically successful in attacking inheritable mutations such as those in the BRCA genes.

“The cancers that you see in people with mutations tend to have certain properties, and these properties are why [researchers] are developing PARP inhibitors,” said Sue Friedman, executive director of Facing Our Risk of Cancer Empowered (FORCE), a national organization that provides credible information and support to people facing hereditary cancer.

“Scientists looked at how PARP inhibitors worked in early cancer studies and speculated that these agents may work on all different types of cancers in people with BRCA mutations, and people with other similar mutations,” Friedman added.

In fact, Moses said she hopes to enroll her father in a PARP inhibitor clinical trial if he becomes resistant to his current regimen, which often occurs in people with advanced disease.

Judy Garber, a Harvard Medical School professor and director of the Center for Cancer Genetics and Prevention at Boston’s Dana-Farber Cancer Institute, agreed about the value of testing for men with aggressive prostate cancer. She highlighted the fact that a BRCA defect is difficult to detect in families with fewer women. Testing men with the disease can help uncover the mutations.

What’s more, Garber said, prostate cancer is so common that some families don’t realize it can have a genetic component. In light of the NEJM study, she said, “Now, possibly, people will recognize that their risk could be higher if the family history includes prostate cancer — especially fatal or aggressive prostate cancer.”

Since Moore’s diagnosis, he’s learned that his cancer has unfortunately spread to his lungs, though Moses said the disease isn’t keeping her father from enjoying his daily life. “He’s in good spirits. He gets up every single day and makes his breakfast. He’s trying to stay in his normal routine. So that’s one good thing,” she said.

Karen Iris Tucker is a freelance journalist who writes primarily about health, genetics and cultural politics. Finder her work at kareniristucker.com and follow her on Twitter @kareniristucker