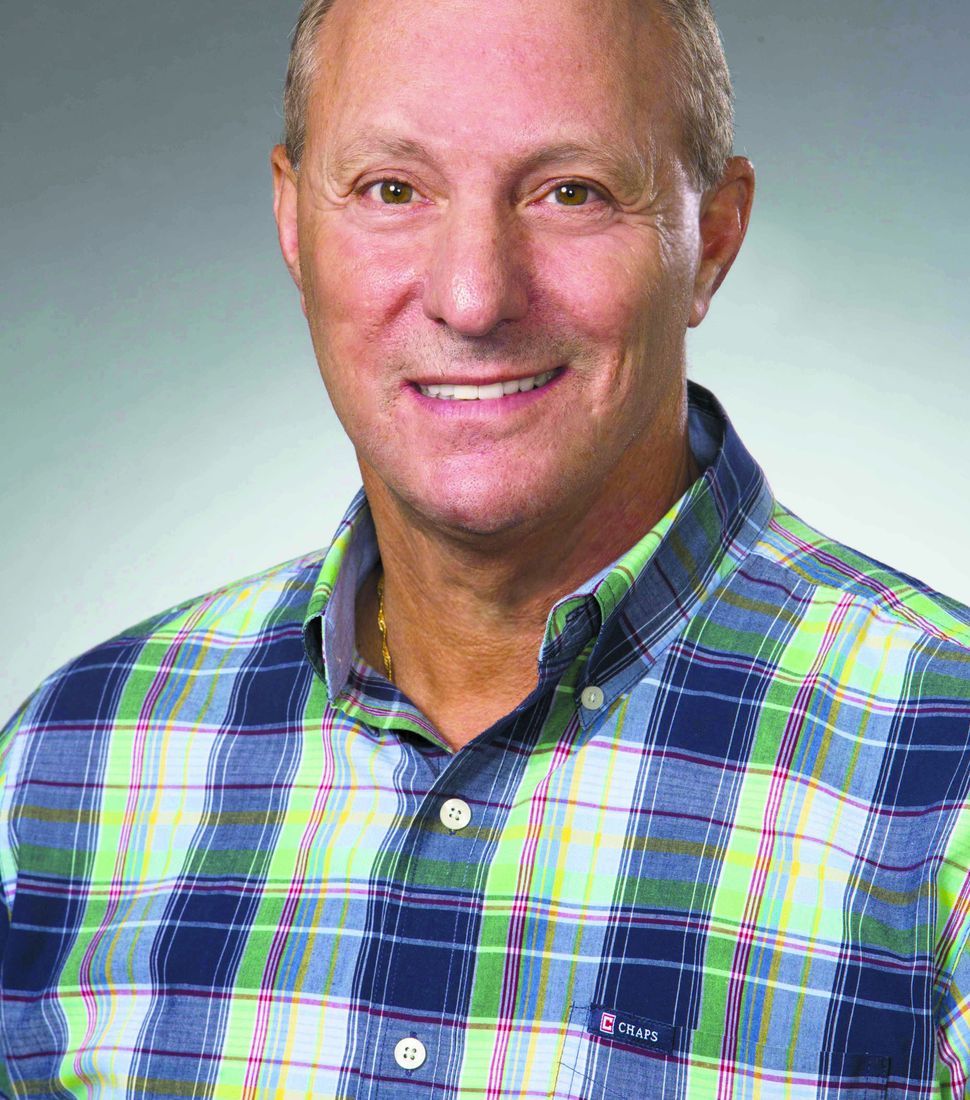 Harvey Singer: Cancer recently struck the advocate of BRCA awareness for the third time. Image by Courtesy of Harvey Singer

When the Forward first wrote about Harvey Singer two years ago, he shared his trials of being diagnosed with breast cancer in 2008. The Rochester, New York, resident opted for a full mastectomy, only to be diagnosed with prostate cancer 18 months later. Recently, we learned that Singer faced yet another monumental health scare after we spoke with him in 2014.

Singer recalls that after taking several prostate-specific antigen (PSA) blood tests, which is the standard way to detect prostate cancer, he noted that his test results were steadily rising. Although a PSA test alone cannot confirm evidence of cancer, the higher a man’s PSA level, the more likely it is that he has prostate cancer, according to the National Cancer Institute. Moreover, a continuous rise in a man’s PSA level over time may also be a sign of prostate cancer.

Singer’s oncologist wanted to follow the standard protocol, which uses a PSA level of 0.2 as an indication that the cancer had returned, but Singer refused to sit on his hands. He had received genetic testing after his original prostate cancer diagnosis and found he was a BRCA2 carrier, which placed him at increased risk for an aggressive form of the disease.

Singer opted for 39 grueling treatments of radiation, and his PSA ultimately returned to an undetectable level a year and a half later. He is vigilant about monitoring for disease and continues to have blood tests every three months.

“What I tend to shout from the rooftops is that if you’re going through any of this cancer stuff, you have to be your own advocate,” Singer said.

He and his sister, Vicki, who is a three-time breast cancer survivor and also carries the BRCA2 defect, co-founded HIS Breast Cancer Awareness Foundation to fill the information void about the risk for men with BRCA mutations. Singer also shared his story in a book and recent film “Pink and Blue: Colors of Hereditary Cancer,” a documentary about male mutation carriers.

“You ask 20 guys if they carry the BRCA gene, probably 18 will tell you no because they don’t understand,” said Singer. “They think, oh, it’s a women’s genetic disposition, it’s not something for a man,” he added.

Karen Iris Tucker is a freelance journalist who writes primarily about health, genetics and cultural politics. Finder her work at kareniristucker.com and on Twitter @kareniristucker