In Israel, Internet Comments are Really Vicious — and Powerful 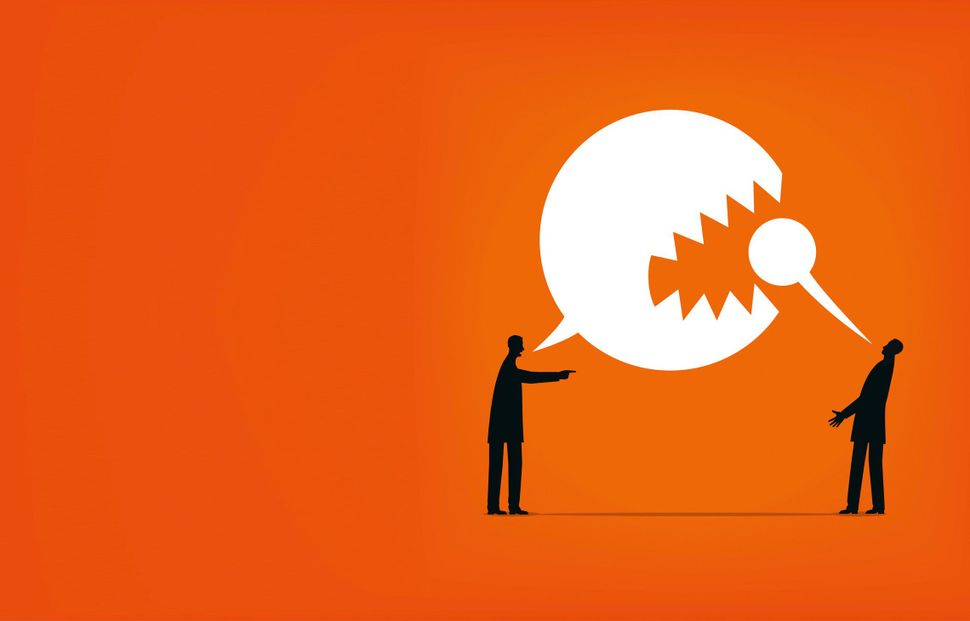 In the United States, “don’t read the comments” is such a common refrain that it’s become shorthand for a generation’s anxiety over abusive internet behavior.

In Israel, the comments sections below news article are no less abusive, but people do read them, which is why they play a prominent role in Israeli public discourse.

Israelis even have a specific term for internet comments: “talkbacks,” or “talkbackim” in Hebrew.

Like in the United States, news sites in Israel began featuring comments sections in the 1990s as a way to offer a public forum for readers to respond to news articles. Because the day to day news in Israel often covers highly ideological issues — from the fight over Israel’s border to the role of religion in the state — the comments sections quickly became notorious for their flame wars.

Researchers posit a few reasons for why Israeli “talkbacks” are so aggressive, chief among them is the aggressiveness of Israelis themselves. According to Ayelet Kohn, a communications reseracher at David Yellin College in Jerusalem, Israelis bring two particularly Israeli traits to the “talkbacks” section. One is the notion of talking “dugri,” an Arabic term which in Hebrew means “telling it like it is.” The other is the idea that Israelis are always up for a “kasach,” a confrontation (also from Arabic). So in the comments section, Israelis are often both straightforward and bullying at once.

For Israelis, continued Kohn, there is an addictive quality to the comments section. Taking part in a real time conversation with a large group of people is “like a big conference call,” she said. “You don’t talk politely with one person, you are shouting at everyone else.”

Talkbacks in Israel are so aggressive that the Israeli parliament — itself notoriously fractious — once considered legislation to regulate them. Proposed in 2008, the so-called “Talkback Law” would have made newspapers with over 50,000 visitors daily legally responsible for any libelous comments posted by their readers. The bill passed a preliminary reading but was then frozen so that lawmakers and Web sites could negotiate over adjustments to internet comments sections.

Israel’s intense “talkback” culture was the subject of a 2007 film by Tzvika Binder, The Talkbackers, which partially deals with the story of his father, Dov Binder, a retired truck driver who at the time had written more than 20,000 comments on Israeli news sites.

Kohn said that both left wing and right wing Israelis are equal offenders in the comments sections. But other analysts see a prevalence of vicious right wing remarks on most news sites.

“There’s a very strong feeling in the Israeli public that the media is sort of a left wing cartel that doesn’t give full freedom of speech to right wingers in Israel,” said Oren Persico, an editor at the Israeli media commentary site “The Seventh Eye.” “I think that feeling really got a lot of people to realize that they can finally speak out against the left wing biased media” by leaving comments beneath news articles.

Because Israelis actually read the comments beneath articles, “talkbacks” are seen as a powerful way to sway public opinion. If there are too many negative comments about a certain article, that article gets discredited in the public view, said Persico. Because of the power of “talkbacks”, it is widely believed that politicians and corporations pay people to comment on Israeli web sites. (This of course happens in the United States too.) In the most infamous Israeli example of this phenomenon, the Israeli Electric Corporation, a public and government-owned company, paid commenters thousands of shekels to plant talkbacks underneath negative articles on Globes, an Israeli financial site in 2009.

Publications lack incentive to curb the online conversation because “talkbacks” bring traffic. According to Ido Kenan, whose blog Room 404 deals with digital culture in Israel, Israeli news sites do little to screen negative comments even when their terms of service claim that they won’t tolerate online abuse.

“They have to have the rules as lip service, just to say we won’t tolerate everything,” he said. “But the fact is they do.”

In recent years, the “talkbacks” have actually quieted down a bit as public internet discourse has moved onto Facebook and Twitter. At one time Israeli analysts believed that Israeli commenters were so aggressive because they were posting anonymously in the “talkback” sections. But even with Facebook, where users have real names and photos, the viciousness continues unabated.

“Now in the last few years you can see that the same discourse is continuing and behind this discourse you can see real people,” said Motti Neiger, the dean of the School of Communication at Netanya College. “This is a bit worrying.”

Perhaps the most extreme example of Israeli Facebook discourse is on a page managed by Yoav Eliasi, a right wing rapper known as “The Shadow.” His page has a quarter of a million followers, who spout bigoted views against Palestinians and leftists.

“The Shadow’s Facebook page is, consistently, one the places where we find the highest incidents of hate speech,” said Anat Rosilio, who runs the “hate speech index” created by the Berl Katznelson Foundation, a democracy education group, in an article in Haaretz.

Rosilio called the amount of incitement on the Shadow’s Facebook page “crazy.” “The numbers we find there compete with numbers we see on far, far larger platforms – like on Ynet,” she added, referring to Israel’s most popular news site.

In spite of the online incitement, Kohn, the sociologist, said that she believes there’s a silver lining to Israel’s vigorous Internet discourse.

“I think in reality it makes people very involved,” she said. “Everyone has an opinion and everyone wants his or her opinion to be heard. It is a nice civilian action.”

In Israel, Internet Comments are Really Vicious — and Powerful