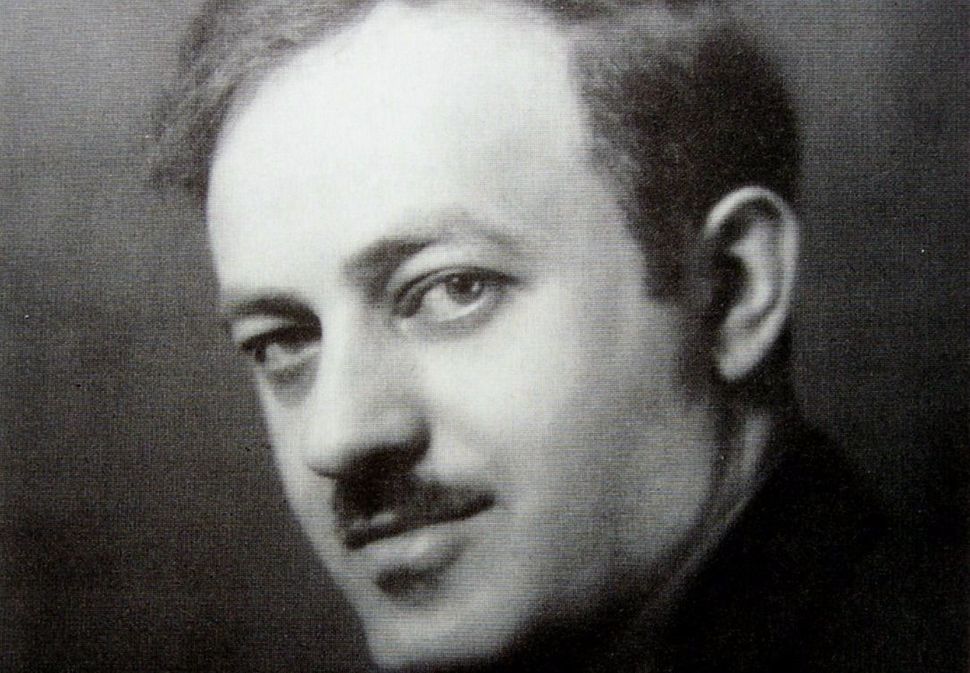 A Broadway revival of the joyously raucous, racy comedy “The Front Page”, about 1920s Chicago newspaper world high jinks, began previews September 20. Written by the American Jewish screenwriter and novelist Ben Hecht (1894–1964) and Charles MacArthur, both former Chicago crime reporters, the play’s gallows humor mocks Jews, African Americans, gay men and lesbians, and other minorities. Since its 1928 premiere, subsequent stagings and filmings (“His Girl Friday”) have toned down some of the content. Billy Wilder’s 1974 screen version starring Walter Matthau as the rapscallion editor Walter Burns reportedly used only 60% of the original text. Nathan Lane has told “The Chicago Tribune” that he has personally written a “couple of jokes” added to the current production. Whatever the full text presented on Broadway will amount to in this latest incarnation, “The Front Page” serves as a stepping stone in Hecht’s evolving attitudes to his own role as a Jewish writer.

As a young man, he held “nothing sacred,” which would become the title of one of his most successful Hollywood comedies. Hecht’s early novel “A Jew in Love” (1931) was about a despicable Jewish publisher who had changed his name from Abe Nussbaum to Jo Boshere while retaining “that glandular degeneration which produces the Jew with the sausage face; the bulbous, diabetic half-monsters who look as if they had been fished out of the water a month too late. These bloaters are truly a vicious drag on the vanity of the race, and nobody winces at the sight of them so much as the Jew.”

“People dislike being reminded of their origins. They shudder a bit mystically at the sight of anyone who looks too much like a fish, a lizard, a chimpanzee or a Jew. This is probably nonsense. The Jew face is an enemy totem, an ancient target for spittle and, like a thing long hated, a sort of magic propagandist of hate. Its persistence in the world is that of some repulsive and hostile fauna, half crippled, yet containing in its ineffaceable Yiddish outline the taunt and challenge of the unfinished victim. This, of course, is true only of the worst looking Jew faces and the worst Jew haters.”

This assertive style helped Hecht produce landmark screenplays for gangster films (“Scarface”) and screwball comedies (“Twentieth Century”). Aggressivity paid off; as Hecht noted, early movies were “seldom written. In 1927 they were yelled into existence in conferences that kept going in saloons, brothels, and all-night poker games.” The comparable decibel level in “A Jew in Love” disconcerted readers, including Louis Israel Newman (1893-1972), a Reform rabbi who [termed the book] (http://jewishreviewofbooks.com/articles/735/a-stone-for-his-slingshot/) an “atrocious malignment of the Jew.” Three decades later, Newman presided over Hecht’s funeral in Nyack, New York. The ceremony was attended by Menachem Begin, Israeli independence fighter Shmuel Tamir and Hillel Kook, the activist also known as Peter Bergson. What happened in the interim?

From early on, Hecht accompanied raucous jests about African Americans with genuine concern for civil rights, as expressed in books and films. Yet until the rise of fascism in Europe, Hecht saw Jews as being able to take care of themselves as targets for satiric jabs. By 1935, Hecht was already writing anti-Nazi journalism. His memoir “A Child of the Century,” recounted that he had “lived forty years in my country without encountering anti-Semitism or concerning myself even remotely with its existence. This is, perhaps, a record for a Jew or, more likely, for a country.” He added:

“In [1939] I became a Jew and looked on the world with Jewish eyes. The German mass murder of the Jews, recently begun, had brought my Jewishness to the surface. I felt no grief or vicarious pain. I felt only a violence toward the German killers. I saw the Germans as murderers with red hands. Their fat necks and round, boneless faces became the visages of beasts. Their descent from humanity was as vivid in my eyes as if they had grown four legs and a snout.”

In 1941, as Hecht recounted in his book, “Perfidy,” he was galvanized by Bergson’s resolve to save the remnant of European Jewry. Hecht wrote about the Holocaust in “Reader’s Digest” and composed full-page newspaper ads at a time when some American Jews worried that publicizing the massacre might promote anti-Jewish violence at home. In 1943 he wrote “We Will Never Die,” about the destruction of Europe’s Jews, staged at the old Madison Square Garden. The German Jewish composer Kurt Weill, one of Hecht’s collaborators on the project, later observed that the show “accomplished nothing. Actually, all we have done is make a lot of Jews cry, which is not a unique accomplishment.” Hecht’s “A Guide for the Bedevilled” (1944) excoriated “fools, pipsqueaks, social imposters, spiritual harelips, tormented homosexuals, lonely sadists, intellectual bankrupts, unctuous gossip-mongers … all that mincing and bepimpled, clapper-tongued and swivel-brained tribe of lame ducks who make up the ranks of the anti-Semites.”

In a review of “A Guide for the Bedevilled,” the American Jewish philosopher Horace Meyer Kallen grants that Hecht may have achieved his declared mission “to write of Jews with love and their enemies with hatred.” Kallen then interjects a decidedly unimpressed “So what?”

After the war, Hecht advocated for Bergson’s Irgun activities, promoting a paramilitary organization operating in British-governed Mandate Palestine until 1948. Doing so, Hecht wrote “A Flag Is Born,” a 1946 play starring Paul Muni and Marlon Brando that likened the violence preceding the birth of the State of Israel to the American Revolution. In an open letter in 1947, Hecht addressed the Irgun: “Every time you blow up a British arsenal, or wreck a British jail, or send a British railroad train sky high, or rob a British bank, or let go with your guns and bombs at the British betrayers and invaders of your homeland, the Jews of America make a little holiday in their hearts.” In response, a British film theater trade union declared a short-lived ban on any Hollywood film associated with Hecht.

As Israel faced its difficult first years, Hecht’s published historical accounts could be sketchy and unreliable in detail, as the historian Lucy S. Dawidowicz remarked in a 1962 review of “Perfidy.”. Focusing on the case of Rudolf Israel Kastner (1906 –1957), a Hungarian Jewish journalist who helped Jews escape from Nazi Europe, only to be accused later of being a Nazi collaborator, Hecht condemned the accused without reservation or nuance. Blaming Hecht for purveying a “simplified version of history that gave great satisfaction to the uninformed and the bewildered,” Dawidowicz discounted his suggestion that the Holocaust could be attributed to, “Everyone, Great Britain, the United States, and the leaders of world Jewry — traitors all! Murderers.”

She added: “Hecht hates the Germans, but even more he hates Mapai [the Workers’ Party of the Land of Israel] and the Jewish Agency; most particularly he hates [Chaim] Weizmann, Ben Gurion, and Moshe Sharett.” Comparing Hecht’s rampaging fury to Sen. Joseph McCarthy’s “irresponsible charges… Hecht’s dreadful accusations against Zionism’s leaders contain a few grim truths, too — not enough, certainly, to sustain his wildly improbable charges of perfidy, but perhaps enough to arouse suspicion and dismay among the uninformed.” She concludes that Hecht underplayed the “German murder of six million Jews, with the active collaboration of Poles, Ukrainians, Baits, Hungarians, and Rumanians, he overplays the British and American failure to provide haven for the Jews or to undertake some effective military action to stop the operations of the gas chambers. Finally, he ascribes to the Jewish Agency the greatest crime of all — of having acquiesced in the partition of Palestine on British terms, and betrayed the Irgun’s dream of a Greater Palestine.” Intemperate aggression was an essential part of Hecht’s writing, which makes altering “The Front Page” – possibly to make it more politically correct for Broadway ticket-buyers today – seem especially inapposite. Yitzhak Ben Ami, a leading Irgun fighter, described Hecht’s “compassionate heart covered up by a short temper, a brutal frankness and an acid tongue.” Decreasing that acidity might denaturalize Hecht’s originality.