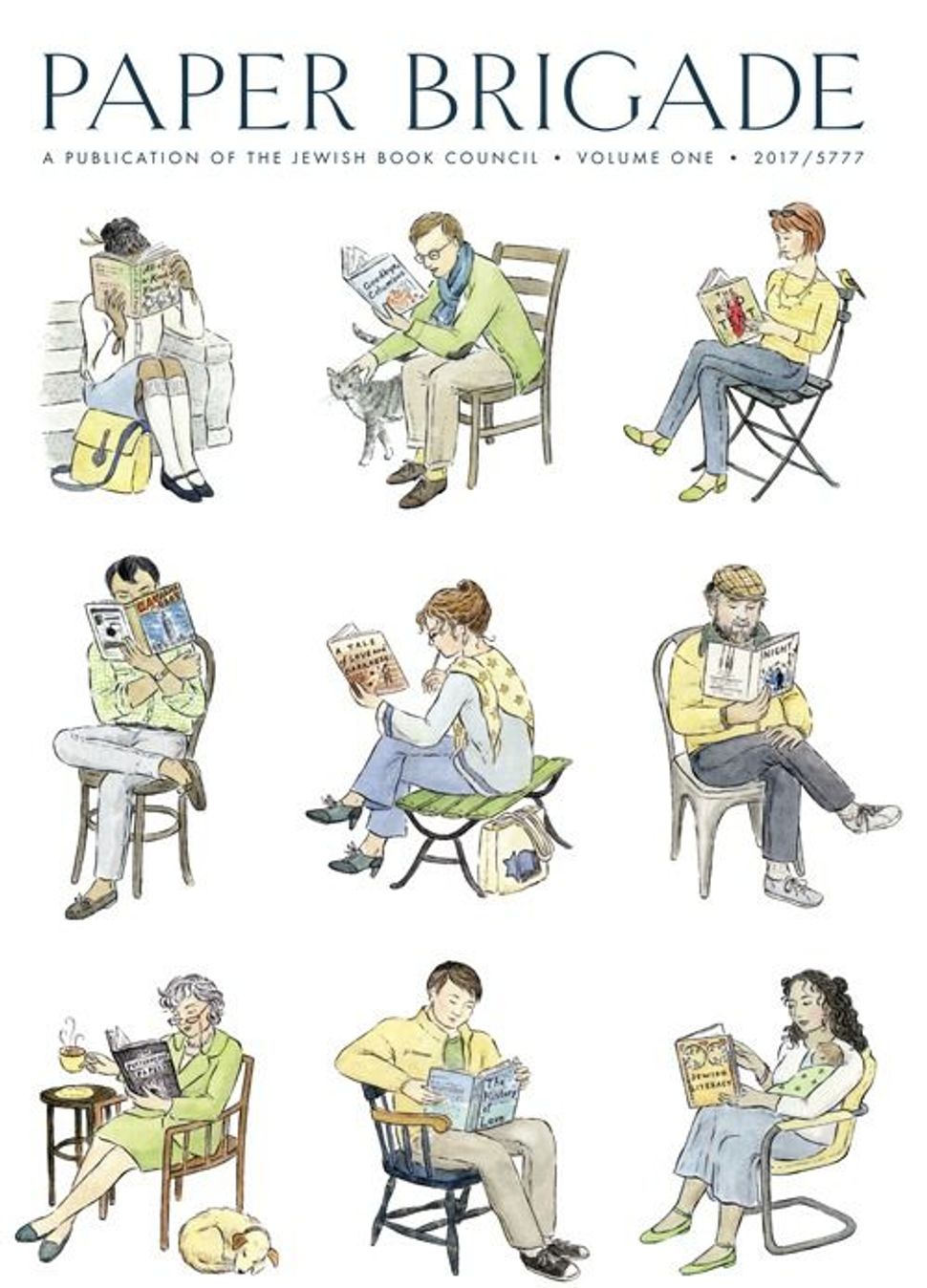 Image by Courtesy of the Jewish Book Council

The first volume of the Jewish Book Council’s new annual literary journal, Paper Brigade, isn’t exactly subtle in its messaging: its cover, designed by Katherine Messenger, features sketches of an attractive set of bookish people utterly lost in Jewish literature. They seem to occupy a bubble of calmness. One woman sits absorbed in Anita Diamant’s “The Red Tent,” oblivious of the bird perched on the back of her chair; another looks lovingly at Cynthia Ozick’s “The Puttermeser Papers,” a sleek sleeping dog by her side; a third, perhaps unreasonably interested in Rabbi Joseph Telushkin’s “Jewish Literacy,” cradles a dozing baby. Follow their example, the cover seems to urge: find yourself a suitably cute and quiet companion, and get reading.

A mix of literary criticism, author interviews, excerpts from upcoming books, poetry, photography, and more, the journal is a neat package of chicken soup for the literary Jewish soul. It’s intended to be a flagship publication for the Council, a New York-based institution dedicated to advocating for the writing and reading of Jewish literature. I spoke with the journal’s editorial director, Carol Kaufman; read excerpts of our conversation below. 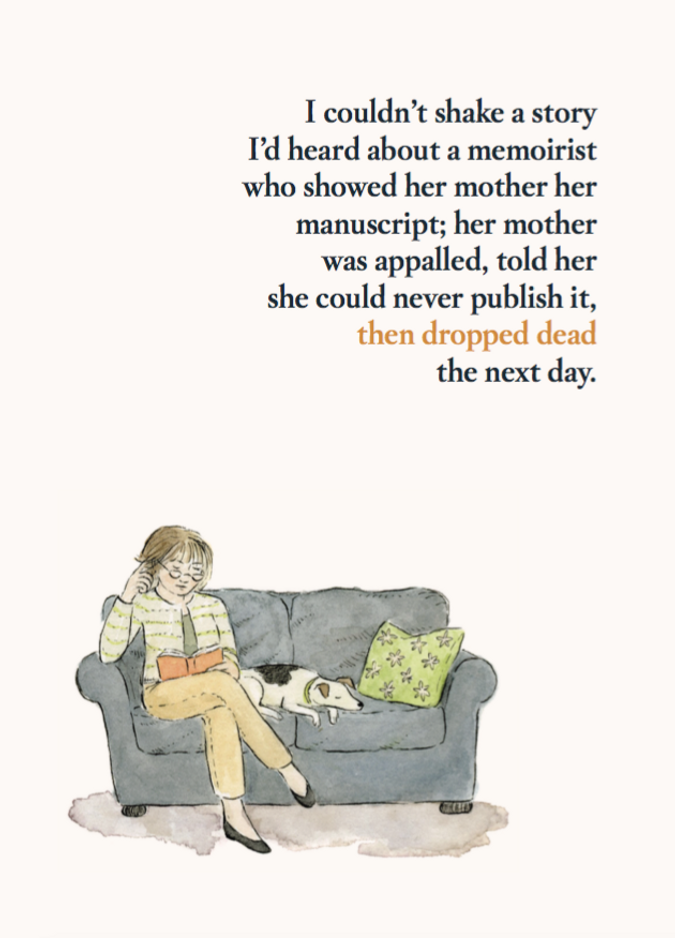 Can you tell me about the genesis of Paper Brigade?

Well, its immediate predecessor was Jewish Book World, which was a quarterly magazine that covered upwards of 100 books per issue. Over time, most of that material was also appearing online. So we decided to stop publishing Jewish Book World, but still wanted a print magazine to represent the breadth and depth of the Jewish Book Council, and we came up with the idea of an annual literary magazine that would include excerpts of forthcoming fiction, original poetry, translated poetry; we also wanted a lot of visuals and photo spreads, and a wide range of thought pieces and interviews and whimsical elements as well, that people would want to keep.

Your introduction to the journal mentions that it’s the namesake of a group of occupants of the Vilna Ghetto “who risked their lives to rescue thousands of Jewish books and documents from destruction by the Nazis.” How do you see this journal contributing to that group’s legacy?

Well, these 40 writers and intellectuals in the Vilna Ghetto risked their lives to save books and documents. We’re not risking our lives, but we’re devoting a good part of our lives to promoting and encouraging the writing and reading and publishing of Jewish-themed books. We can see it as a brigade extending to now, the idea of preserving books, not necessarily only paper books, but preserving reading, the value and love of books. We felt that that historical moment was beyond pivotal, and that given what’s going on in the world both in secular terms and in Jewish terms, there’s an urgency now too.

Are there pieces in this first volume of the journal that you personally found especially resonant?

Ezra Glinter’s piece on Yiddish pulp fiction was to me a revelation. I never knew there was such a thing, and he delves into it in a very interesting way. I would say that the photo spread of the decaying Borscht Belt resorts resonated strongly for me, partly because I used to go there, when it was in more of its heyday. The photos, which are of abandoned places where people had mostly happy memories and celebrated, I just found very moving: the passage of time, the passage of people, and what remains.

I noticed that the publication put an emphasis on including content from writers around the world. How has Jewish diversity, and especially diversity in the Jewish literary world, played into your thinking on Paper Brigade? Are there ways you’d like to incorporate diverse voices in the future?

It makes me think of addressing more fringe-y, edgy issues. I don’t know if it’s going to be the difficulties of transgender Jewish literature, I really don’t know, but I think that the idea of thinking in terms of outside the box – I hate that phrase, it’s so inside the box – we want to be surprised, we want our readers to be surprised, so I think that necessarily means more diversity.