In Utah, I Was the Grinch of Christmas Street 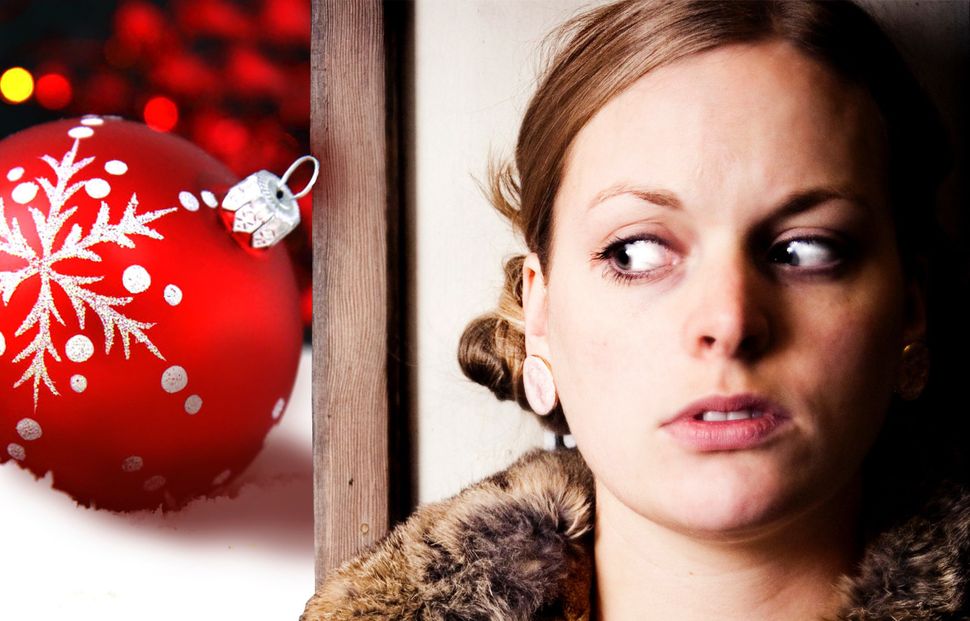 As we pulled into the Salt Lake City cul-de-sac, our realtor said: “So, you guys should know that this street is actually called Christmas Street by the locals. Everyone decorates and has for the past 70 years.” Though I had never hung a stocking in my life, I paid little mind to his words. The house had a remodeled kitchen, natural light and backyard access to a creek. We were sold.

I had just moved back to Utah after 18 years on the East Coast. My husband and I had careers and a community in North Carolina, but I never stopped missing the mountains and my parents. After years of therapy dedicated to the decision, research on the job market and on schools for our young son, and a prescription for Zoloft, my family and I packed up the house, Subaru and stroller and headed west.

Growing up Jewish in Utah was both idyllic and isolating. I reveled in the national parks, exploring nature’s playground on school holidays with my parents and sisters. Yet at sleepovers I felt like the odd one out when my friends would crack open scripture before bed — the peculiarity of which didn’t hit me until I moved out of state. Now I was going to give a similar upbringing to my son — as a Jew living on Christmas Street, no less.

Still, I didn’t think much of the moniker until the week we moved in. Neighbors who stopped by to introduce themselves asked us if the previous owner, Joe, had left the inflatable Santa to put in the chimney. When our electrician opened the breaker box, we saw that Joe had labeled two circuits with “Xmas.” Joe, it seemed, had been the unofficial king of Christmas Street, leaving behind big expectations in his wake.

The next week a neighborhood meeting was called to discuss plans for Christmas Street. My husband, who was working that day, said it would be unneighborly not to show up, so I begrudgingly went alone. In an effort to tamp down expectations, I quickly confessed that I had never decorated for Christmas; I owned no lights. I said there was no way I could fill Joe’s shoes.

The truth was, I didn’t want to. I had always had a strained relationship with Christmas. When a close friend asked me, “So, what is Christmas like if you are Jewish?” I told him I would rather listen to “Tales of Lake Woebegone” on a loop than to Christmas carols, and that eggnog seemed like a good opportunity for salmonella in a bottle, that the whole thing was unwelcome and overbearing. “Come on,” he replied, “Christmas is like an American holiday. It is not really Christian.” “And this,” I thought, “this is the problem — I am expected to celebrate an ‘American holiday,’ which is not mine.”

But there was no escaping Christmas on Christmas Street. At the planning meeting, a generous neighbor offered to loan us lights until we could buy sale decorations on December 26. The chair of the meeting said that we could decorate for any “faith tradition,” and then he appointed me stocking stuffer and distributor for the following year’s block party. I was informed not to worry — we would be reimbursed for supplying electricity to the 20-foot Christmas tree in the middle of the cul-de-sac. The majority of the meeting focused on the poor condition of said tree, ideas for a potential GoFundMe campaign for a sturdier tree, and a need for a greater social media presence. People shared ideas on how to decorate the former meth house that was vacant without using electricity.

I also learned that we weren’t the only Jews on Christmas Street. The other family had been more forward thinking than we are, offering to remove the lights from the street lamps when the holiday was over.

I left the meeting feeling like more of a grinch than ever. Did we really have to decorate? When I appealed to my husband’s environmentalist sensibilities about the wasted electricity and lines of idling cars on the block to see the decorations, he reminded me how much I had loved the Christmas markets during a trip to Vienna. “But those sold spiked turbo-punch, handmade chocolate and artisan crafts! And aside from the major carbon footprint of flying to Europe, we walked everywhere,” I replied. He agreed to take over decorating duties.

Maybe, after all the years of bristling and silently swearing at “Jingle Bells” on the radio, divine karma intervened. I not only bought a house on Christmas Street, but also purchased the one that supplies the electricity for the centerpiece of the block. If it’s true that “life is your teacher,” I have a yearly opportunity, from the day after Thanksgiving to January 1, to come to terms with being Jewish during Christmas time.

In Utah, I Was the Grinch of Christmas Street