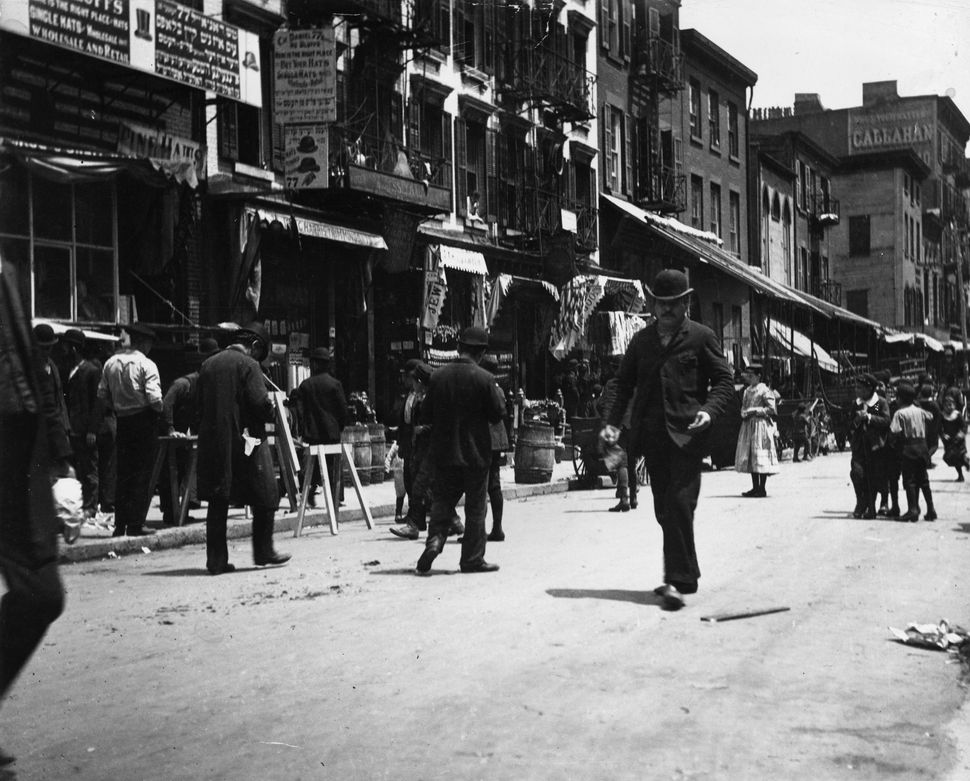 Image by Jacob A. Riis/Getty Images

Forward founding editor Abraham Cahan’s 1896 novel about the immigrant experience, “Yekl,” is set for a new adaptation. The book was brought into the late 20th century by the 1975 film “Hester Street,” which made a star out of Carol Kane; now, playwright Sharyn Rothstein will adapt that film for the stage.

As The New York Times reported, Rothstein’s adaptation of the film is expected to have its first staged readings in 2017. Her previous work includes 2014’s “By the Water,” which followed a Staten Island family recovering from Hurricane Sandy, for which she won the 2015 Primus Prize for emerging woman playwrights.

While Rothstein’s involvement with the project is new, “Hester Street” has been considered for the stage since the spring, when producers Michael Rabinowitz and Ira Deutchman optioned the rights to the film.

In producing the play, they’ll consult with Joan Micklin Silver, who both adapted and directed “Hester Street.” The film was Silver’s first feature.

“I thought, I’m going to make a film. “My parents were Russian Jewish, and my father was no longer living, but I cared a lot about the ties I had to that world.”

In a statement quoted by The New York Times, Rothstein echoed Silver’s sentiments.

“My great-grandmother came to America alone as a 16-year-old girl and raised her family just north of Delancey Street,” she said. “It’s a story as old as our nation and just as relevant today.”