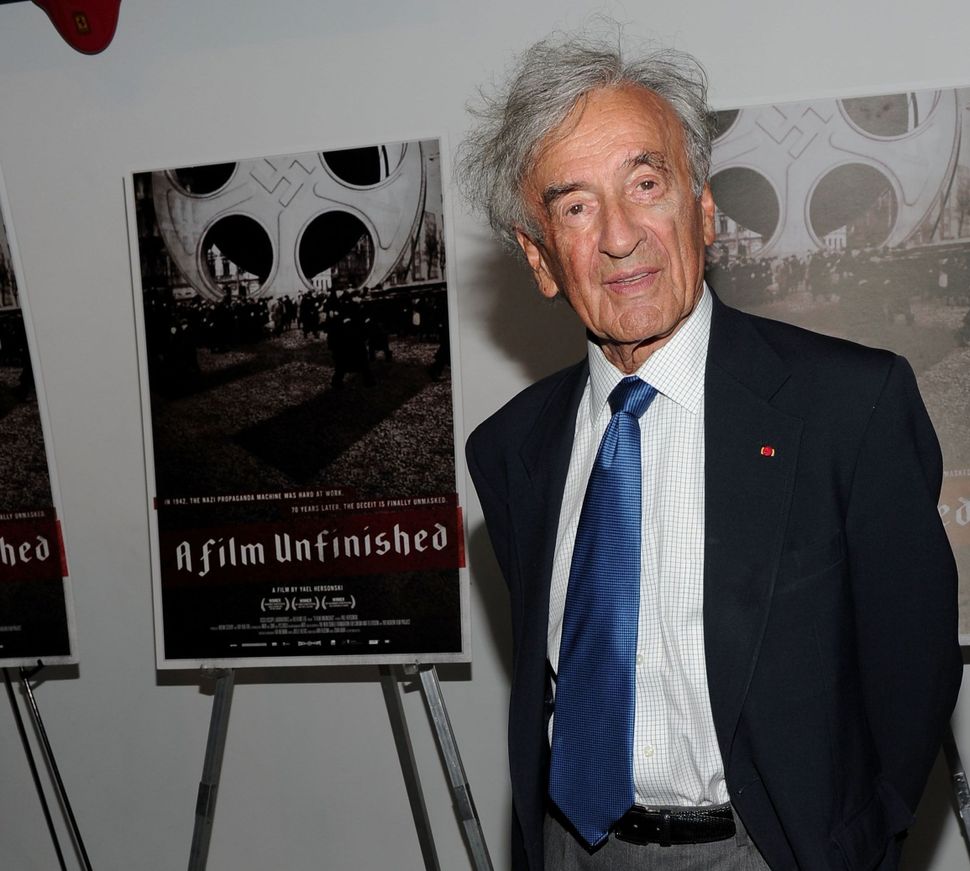 “If in my lifetime I was to write only one book, this would be the one,” Elie Wiesel wrote in a preface to his wife Marion’s 2012 translation of his Holocaust memoir “Night.” Now, six months after his death, New York’s Museum of Jewish Heritage and the National Yiddish Theatre Folksbiene will pay tribute to that work by hosting a live-reading of it, conducted by stars of the Jewish cultural world.

For Elisha Wiesel, Wiesel’s only son, the event — designed as both a tribute to Wiesel and an observance of International Holocaust Remembrance Day — is especially timely.

“At a time when this country is feeling so divided, when so much negativity is circulating about those who are different from ourselves – those who have different ethnicities, religions or even different political leanings – my father’s words are an important reminder of the dangers of the ‘us versus them’ mentality,” he wrote in a statement released by the Museum.

In that 2012 preface, Wiesel questioned whether he wrote “Night” to avoid plummeting into madness, or to understand “the immense, terrifying madness that had erupted in history and in the conscience of mankind.”

As the world reels over devastating humanitarian failures in Aleppo and a rising tide of nationalism across the United States and Europe, that struggle for understanding is likely to find particular resonance — for audiences and readers alike.