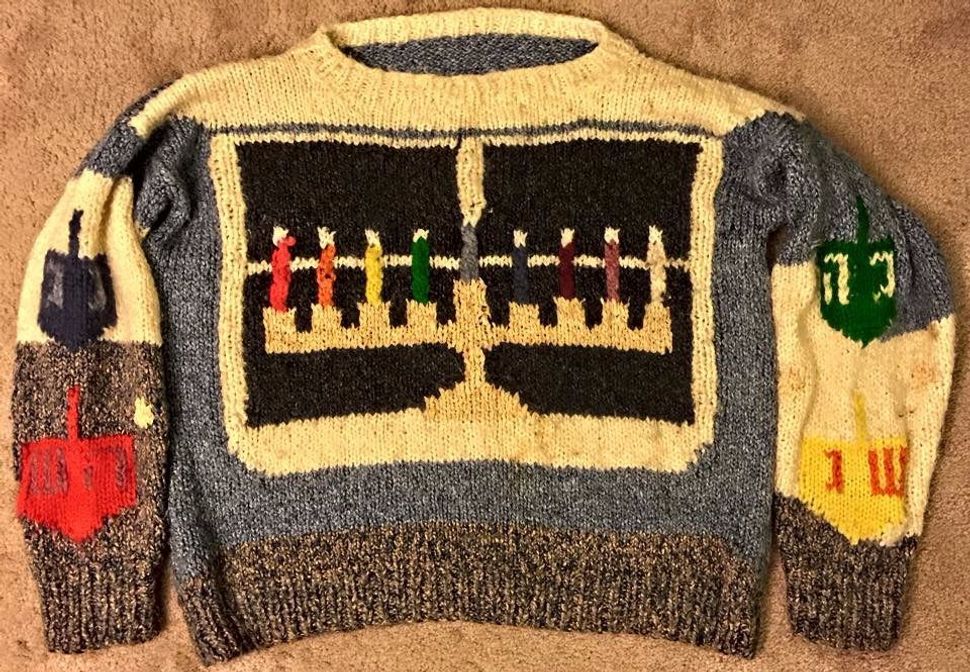 Image by Courtesy of Sam Barsky

Sam Barsky came to knitting by chance, perhaps a divine one: it was 1999, he’d recently dropped out of nursing school due to medical issues, and he was searching for a new purpose. He came across a yarn shop, fulfilled a longtime dream of taking an introductory knitting class, and, well, followed that thread. (Sorry.)

Barsky loved to knit, but the first sweaters he made – ordinary patterns with ordinary results – weren’t enough. He tried the most complex design he could find, “a pattern of a sweater that looks like a map of the world,” he said. It was challenging, but he persevered; once the final stitch was in place, he looked on his work and, like God on the seventh day, thought it good.

Unlike God, it wasn’t long before Barsky thought he might be able to do something better. 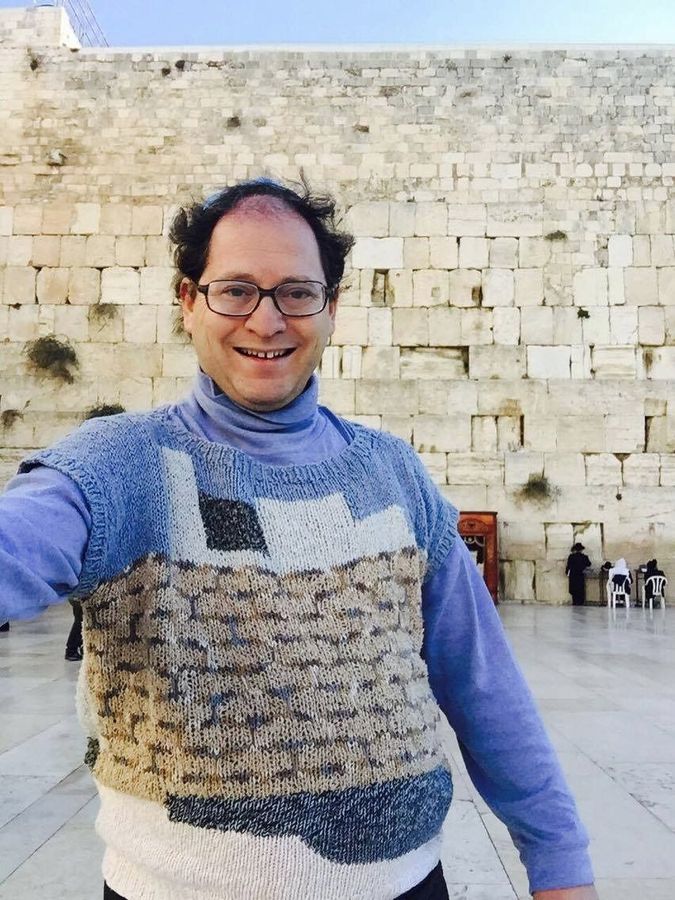 Barsky at the Western Wall, wearing his handmade sweater to match. Image by Courtesy of Sam Barsky

“I was looking at the cloudy sky which was blue and white,” he told the Forward, shortly after a series of sweaters he’d made to match places he visited – Golden Gate Bridge, Times Square, etc – rocketed to viral fame on January 8, appearing in outlets from the Los Angeles Times to Refinery29. “I was thinking about making a sweater that was like the cloudy sky and adding other elements of nature to it.”

No pattern? No problem.

“I started with the back and made a very tall waterfall,” he said. “On the front I made a picture of a river with a covered bridge over it, and rapids, and a water wheel, and it was topped with the cloudy sky.”

It was (ahem) a watershed moment.

Barsky started knitting sweater after sweater, eschewing patterns, inspired by the landscapes of the world around him. And then, in 2001, he realized it might be nice to turn his attention to the Jewish holidays he loved.

“I did a Sukkot sweater, and then followed up that with a Hanukkah sweater a few months later,” he said. “I did a Pesach sweater the next year after that. I made at least one for every Jewish holiday.”

“Some of the longer holidays I made two or three for,” he admitted.

Fascinated, his interviewer asked if he’d made a Yom Kippur sweater. 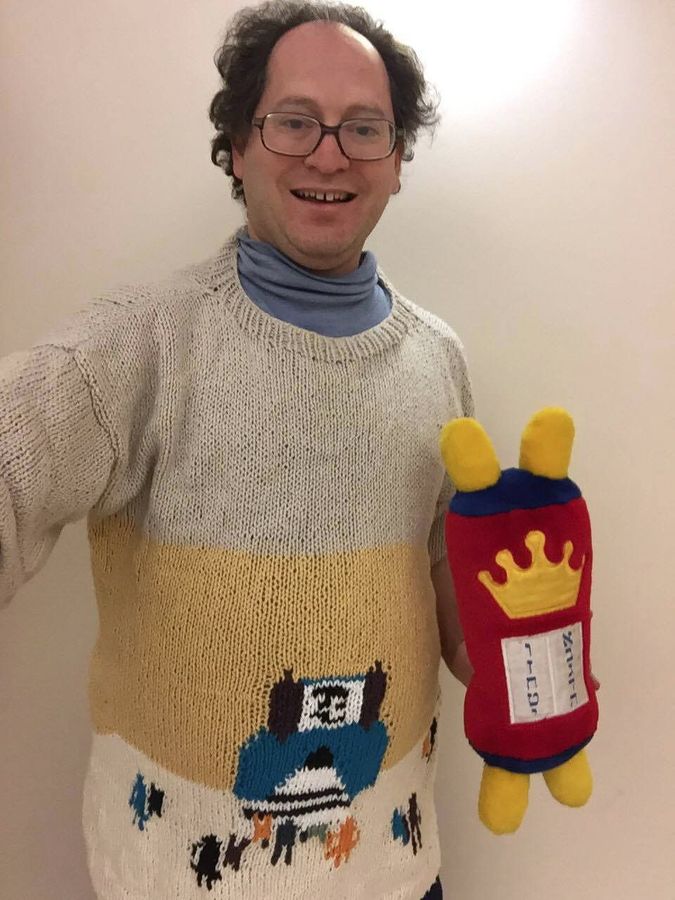 Image by Courtesy of Sam Barsky

“Since I’m a kohein, the front of it has the priestly garment, the breast plate, and the back has the Hamikdash on it,” he said. His favorites are his Hanukkah sweaters, but he likes to dress for each holiday.

He’s also knit sweaters paying tribute to landmarks in Israel, from the Western Wall to the Ein Gedi nature reserve. At the moment, though, his interests are distinctly American; he’s working on a sweater featuring the fictional, animated rhythm-and-blues group the California Raisins, and one for Martin Luther King Jr. Day.

Thinking of the gift to end all gifts – her father does harbor an inordinate love for the California Raisins – Barsky’s correspondent wondered if he ever made sweaters for family or friends.

His response turned melancholy, woven through with regret. He hopes to secure an agent to help turn his passion into a viable business.

“I have fans all over the world who want them desperately, but the problem is it takes me an average of a month to make one,” he said.

“I can’t become a human sweater mill,” he said.