Protesting an Anti-Immigration Bill, and More Forward Looking Back 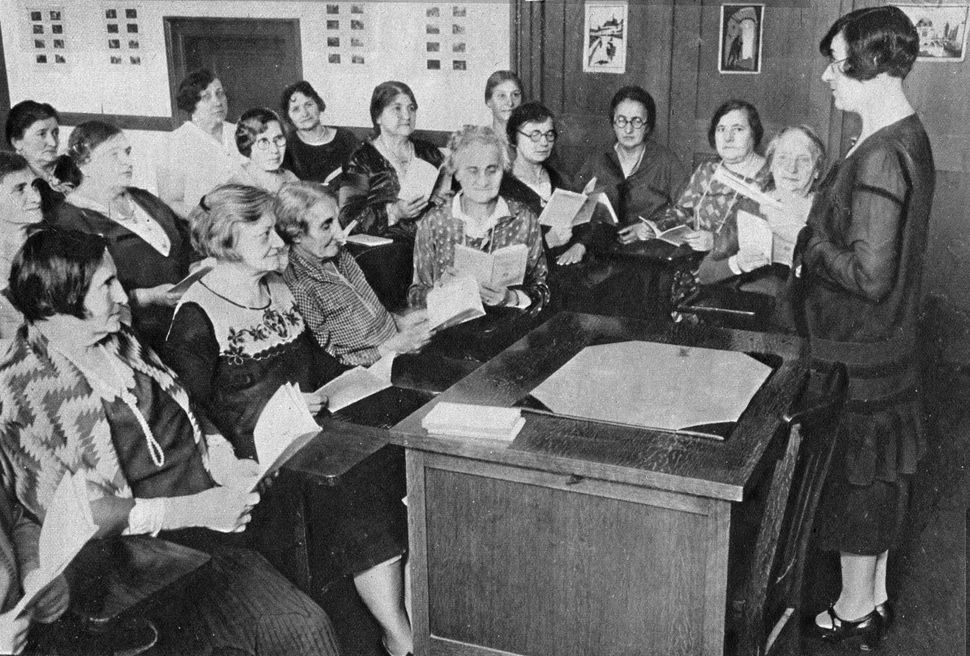 With only seven senators voting against it, the Burnett anti-immigration bill now has an excellent chance of becoming a law. It is likely that it will pass with a large majority in the House as well. While it’s true that the bill has been amended and is now not as bad is it was before, it nonetheless still includes a literacy test, which, in its current state, should not be too difficult for Jewish immigrants from Russia and Romania. Political immigrants, however, will still have a difficult time. The only hope is that President Wilson will veto the bill. The reality remains that anyone who supports free immigration must fight the bill’s passage. The literacy test component of the bill is inherently anti-democratic, and even though the bill has been made milder, it will still be damaging to many immigrants if it is signed into law.

After 100 Jewish communists and anarchists were arrested and sentenced to death in Paris, Marshal Petain’s Vichy government sent a mildly worded protest to the Nazis. The Nazis accused these 100 Jews of terrorist activities against Germans in the occupied territories. A fine of 1 billion francs ($20 million) was also levied on the Jewish community living in the occupied territories of France. The communiqué from the Vichy government argued that these people were French citizens and were already being punished. The protest, mild as it may have been, marked the first time since Germany occupied France that the French have protested actions on the part of the Nazis. Also interesting is the fact that the Vichy government announced news of the 100 Jews by way of an official communique.

One of the strange details exposed during the current trial of Nazi doctors, who stand accused of murdering hundreds of thousands of mentally ill people, was the fact that when one of Hitler’s ministers visited a hospital, a red carpet was rolled out for patients who were about to be gassed. The patients, who arrived by bus, were instructed to either fall or crawl on the red carpet so that Hitler’s minister, Wilhelm Frick, would receive the “correct impression” of the Nazi “euthanasia” program. According to Hans Heinrich Lenz, a former hospital employee and witness at the trial of the doctors, the murders of the patients took place in hospitals in Brandenburg, Bernburg and Sonnenstein from 1940 to 1941. The program to murder the mentally ill was allegedly initiated for the purpose of war relief.

Protesting an Anti-Immigration Bill, and More Forward Looking Back