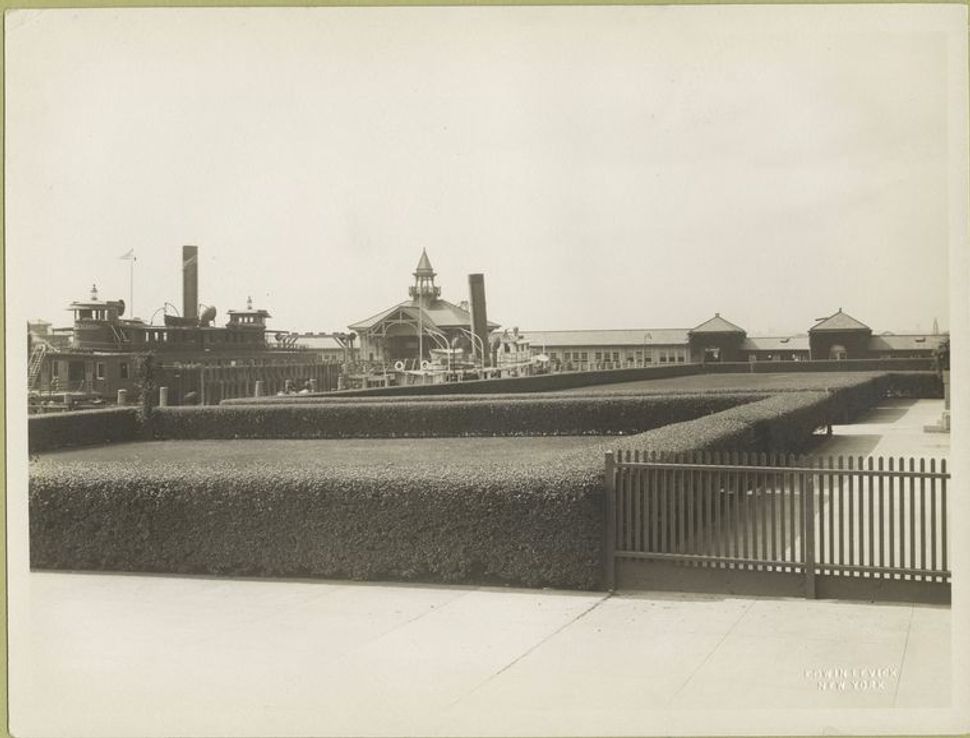 The Ellis Island National Museum of Immigration has, in its database, more than 8,780 sound recordings from the early 20th century both by and about people considered to be “outsiders” in the United States. Included in that group were immigrants.

Now, the Museum is trying to make that collection accessible to contemporary Americans.

“About 50 recordings have been transcribed and translated so far,” Eric Byron, the project coordinator told the Forverts.

“Now we’re looking for volunteers to help us transcribe and translate the others.”

Twenty years ago, the Museum started gathering information on sound recordings. Among these recordings are approximately 400 records that speak to the Yiddish immigrant experience. The Museum also has access to another 100 or so recordings on the Internet.

One of the songs in the collection, “Business in America” (1912) describes how corruption in American business pervades everything: “Proste poyerim vern doktoyrim do in goldn land” (“ignorant peasants become doctors here in the golden land”).

A second song, “Fish For Shabbos” (1921) portrays the tension between a female customer and a fish peddler. Resentfully, the customer pockets more fish than she paid for, not knowing that the peddler has witnessed this. (He gets his own sweet revenge.)

In Jonathan Sterne’s book, “The Audible Past: Cultural Origins of Sound Reproduction,” Dr. Lizabeth Cohen, professor of American Studies at Harvard University, writes that “along with refrigerators, phonographs were the only commodities that otherwise frugal immigrant workers were willing to buy on credit in the 1920s.”

It’s interesting to note that of the more than 5,000 recordings made for a Jewish, primarily Yiddish-speaking, audience, three out of four utilized secular themes, many of which centered on the immigrant experience in America.

“Here at Ellis, we are trying to understand these skits and songs and the need that the immigrants had for the recordings,” stated Byron. “However, in order to do this, we first need to transcribe, translate and analyze the material.”

Unfortunately, transcribing and translating has been a problem. A significant number of the recordings are in the vernacular of immigrant Jews of that period: a Yiddish dialect liberally peppered with words derived from English. Byron hopes to engage people who could translate the songs into contemporary English as part of the Museum’s significant project.

For more information about volunteering in this initiative, email Eric_Byron@nps.gov.