Did a 1980s Spy Novel Inspire Trump’s Love For Russia — And His Run For President? 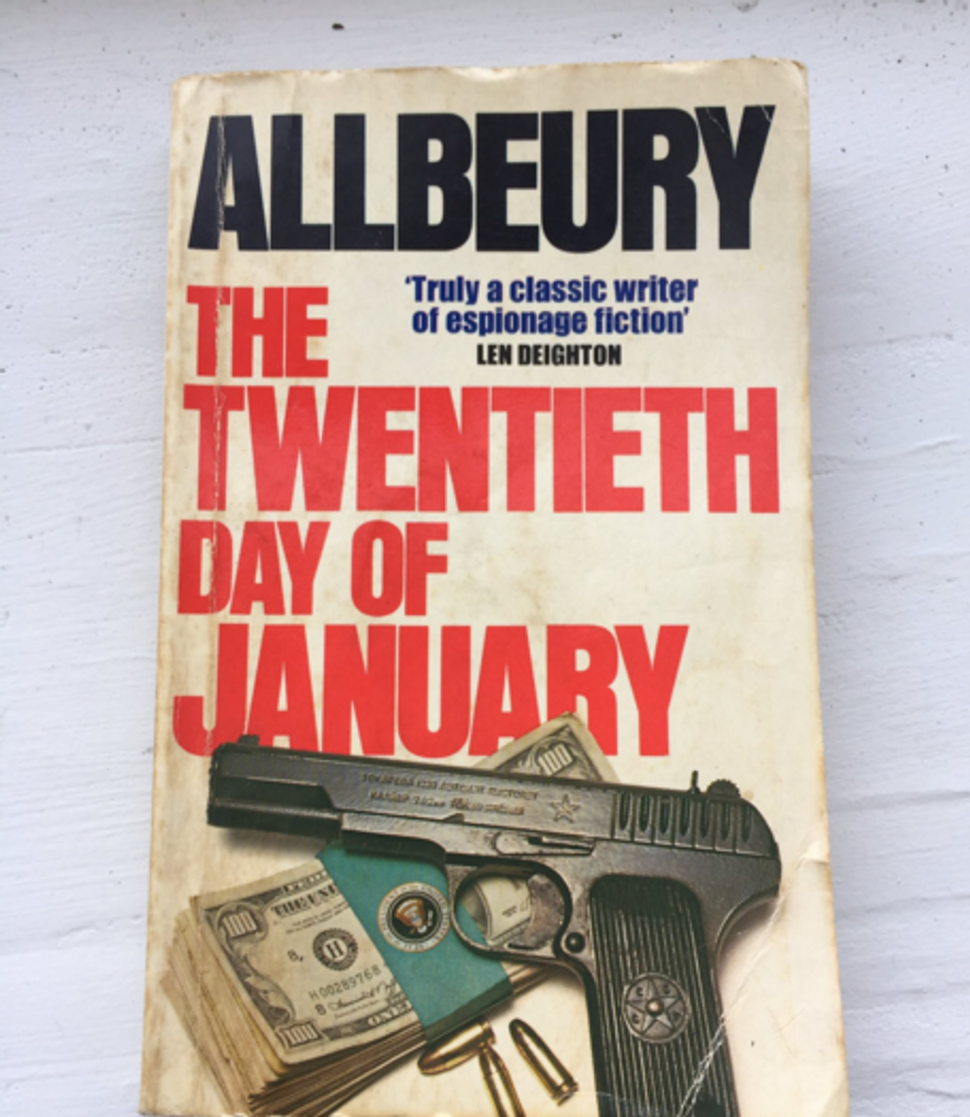 Is a spy novel from the early 1980s, penned by a former British intelligence officer preoccupied with the post-World War II relationships of Germany, Russia, the United States, and – occasionally – Israel, responsible for President Donald Trump’s ascendancy to the office of Commander in Chief?

In another political season, that question might provoke a hearty laugh; in 2017, that laugh takes on a serious flavor of anxiety.

His source: the members of spy novel book clubs around the world. How do they know Trump loves the book? Well, an unexpected number of them have met the now-President, and apparently, in the late 1980’s he talked about this book to literally everybody: his helicopter pilot, crewmembers on his yacht, a woman he met backstage while waiting to appear on “The Oprah Winfrey Show.”

So far, so unremarkable, but the book’s plot raises eyebrows.

As Glenn explains, the novel concerns a Republican hailing from an upper class East Coast family, who, spouting populist principles, gets himself elected President despite having minimal political experience and facing a field of career politicians. That’s certainly eerie. But it’s not as eerie as what comes next: the character’s defining ideology is that he wants to instate amicable relations between the United States and Russia.

Surely that’s where it ends?

Not quite. It turns out that, shortly before the inauguration – “The Twentieth Day of January,” you guys – a British intelligence operative clues into a Kremlin scheme to influence the United States election. That scheme involves using compromising material on the newly elected president to influence his future decisions. The spy’s discovery sets off a political crisis in the United States, where all parties recognize their options are both bad: let a man with seriously questionable ties to Russia take office, or admit the extent of Russian influence over the President-elect and the election, undermining belief in the strength of America’s democracy.

Eventually, democracy is saved when the President-elect’s wife, under the influence of the CIA, brings him the compromising material and asks him to step down. Instead, he commits suicide, unable to tolerate the stain on his reputation that material, if released, would incur.

This is fine, right?

Not necessarily. Glenn takes Trump’s love for the novel and spins it into a slightly thin theory: what if Trump was given the book by the KGB, then spent twenty-five years shaping himself into the candidate who, unlike the weakling President-elect of the novel, would stand unmoved in the face of shame?

There are some serious holes in this theory – it is, for instance, a bit nonsensical to imagine a foreign power gaining influence over a candidate by accruing compromising information on him, decades after they explicitly informed him they intended to do so – but the resemblance between “The Twentieth Day of January” and Trump’s rise to power is certainly remarkable. (So book markets are noticing; The BBC reported that, in England, the novel has made a recent leap to the top of the charts for spy novel downloads.)

If the future has, in fact, been written by Allbeury, it bodes interestingly for Jews. His novels feature them as, alternately, Nazi hunters, conspirators in the quest for nuclear dominance, and Russian double-agents yielding influence over four American presidents. (Coincidentally, reviews from Kirkus and Publisher’s Weekly for each of those books note that they’re disappointingly dull.)

Most notably, in one of Allbeury’s novels that takes a different look at the Russian-pawn-takes-over-America-plot – so much fun, right? – a Moscow psychiatrist is trained to think precisely like the United States president. His name is Andrei Levin, which – and this is scientific, folks – sounds Jewish to me. So watch out, conspiracy theorists: if you notice a Russian Twitter account that sounds oddly like that of our new President, you’ll know just what to think.

Did a 1980s Spy Novel Inspire Trump’s Love For Russia — And His Run For President?