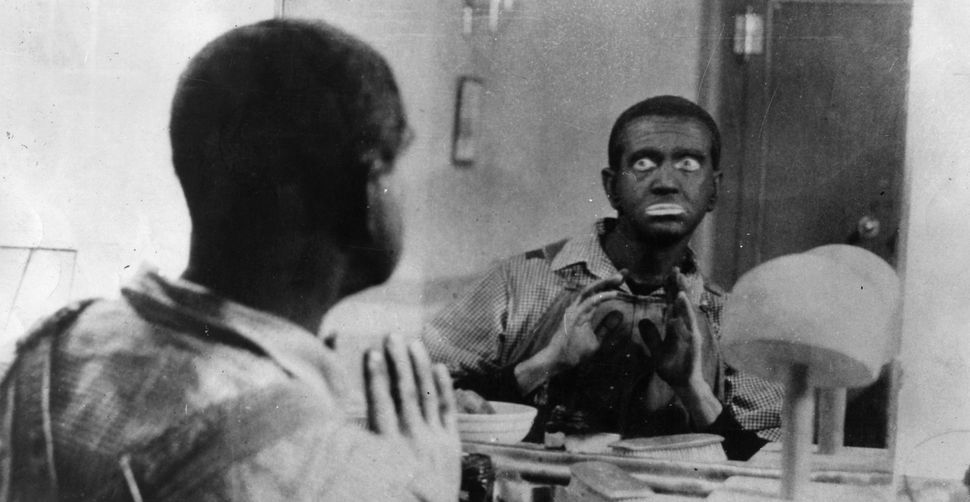 Watching a comedy from the silent film era is, as the Museum of Modern Art’s website suggests, to stare directly into the “vast subconscious that is American slapstick.” And, based on the title that the museum has chosen for its series of silent film screenings, “Cruel and Unusual Comedy: Astonishing Shorts from the Slapstick Era,” it’s clear that MoMA’s curators believe the subconscious to be a base and frightening place. Watching the films shown as part of the “Cruel and Unusual Comedy” series, the films in the “Ethnic Profiling: Stereotypically Speaking” showing in particular, it’s abundantly clear that the title is spot on.

Slapstick comedy, at least in the Western tradition, may have its origins all the way back in ancient Greek theater with the Satyr plays. In the plays, a troop of Satyrs, a mythical half man-half goat creature, would replace the traditional chorus. Their behavior, in contrast to the otherwise serious events of the play, was lecherous, vulgar, crude and silly. Combined with their grotesque faces and, in some cases, large prop erections, the Satyrs laid the groundwork for the Western physical comedy tradition.

Though we can likely trace the roots of slapstick back to the Satyr plays, the word itself almost certainly originates from the Italian bataccio, a comedic form popular during the Renaissance. Slapstick comedy was also used by the famous puppet character Pulcinella, who we know in English as Punch of the duo Punch and Judy.

In America, slapstick continued on the stage in the late 1800s with vaudeville and Yiddish Theater productions, but it was in the silent film era that slapstick truly reached its most distilled form, its zenith. Free from the concerns of sound and dialogue, free from the physical constraints of the stage, silent film slapstick comedies were able to focus almost exclusively on the physical, helping to create some of our greatest performers, like Charlie Chaplin and Buster Keaton.

Silent films, as we know, are missing what we now consider to be half of the film experience, the sound. How could directors tell a joke without sound, how could they compensate? They compensate with physical comedy ranging from the bizarre to the acrobatic (often both). (Efforts to systematize comedy are notoriously doomed to failure, so we won’t discuss why slapstick is funny, we will simply accept its comedic value as a given [empirically, this is obvious enough]) Silent film stars had to be extremely gifted physical performers – masters of timing and emotive gesture. There were no words to compensate for an awkward move. A well-timed grimace or smile, a well executed fall (these are incredibly impressive acts of physical control) was the actor’s arsenal – and, working in such limited conditions, the execution had to be perfect.

Silent films, like any mass-entertainment medium, relied on spectacle to hold their audience’s attention. The stunts needed to be big, they needed to be fast, and there needed to be a lot of them – novelty of action was a key component, at least to the successful films. Yes, a man being poked in the butt with a sword might always elicit a laugh, but the fact that the swords keep getting bigger with each subsequent poke is what keeps the gag fresh. Moe hitting Curly in the head is funny, but after the first go-round, we laugh less at the actual act of violence than at Moe’s ingenuity – his ability to find increasingly outrageous ways to abuse poor Curly.

Violence, however, was not the only comedic tool that silent films had at their disposal. If we look back to the Satyr plays, we can see that physical deformity was also an important source of comedy. MoMA’s silent film series is grouped thematically, and one of the showings, “Ethnic Profiling: Stereotypically Speaking,” deals heavily with this non-violent physical comedy, or I suppose, with violence of a different form.

If slapstick in general is a look into the subconscious, then the films in “Ethnic Profiling” are a glimpse into a specifically American id. Of the six movies shown, five deal primarily in racist stereotypes (the “Snookums” film, “The Newlywed’s Christmas Party,” is the outlier here – while it does play upon racist stereotypes, these are ancillary to most of the action). In “Ham the Explorer” (1916), we have the monstrous violent primitive portrayal of an African tribe – replete with “oogabooga” ritualism, blackface, and a fanged chieftain who barely resembles a human (funnily enough, the blackface chieftain’s daughter is white – she is, after all, the “love interest” of the film). In “Do Your Stuff” (1923), we have the inscrutable, shifty yellow-faced portrayal of a day out in Chinatown filled with numerous traps like a sort of racist Rube Goldberg. We’re even treated to a more antiquated form of prejudice in the character of a bumbling Scotswoman in “Tee for Two” (1925) (catch the pun?).

The three aforementioned films, along with “Rough Sailing” (1924) with the yard-long beards of its turbaned Turks, all deal in racial stereotype as well as physical violence. There are sword fights, myriad falls, gun shots, clubbings… The only film from which this more traditional slapstick violence is missing is the first one on the program – “Oh, Sammy!” (1913). (Two things are notable: first, the film was produced by Biograph Productions, the same production company that employed D.W. Griffith of “The Birth of a Nation” fame. Second, the film was made just after the height of the anti-semitic coverage of the Leo Frank murder case, a case which directly spurred the formation of the Anti-Defamation League). “Oh, Sammy!”, directed by the non-Jewish (from the little information available, it appears as if none of the actors were Jewish) Edward Dillon (who also plays Sammy) tells the story of Sammy Goldberg, a Jewish sweatshop worker in love with one of the women at the sweatshop (she goes unnamed, of course). She loves him back, but Papa Epstein, the sweatshop owner, wants Sammy to marry his more homely daughter.

How do we know that Papa Epstein’s daughter is supposed to be homelier than Sammy’s love? Well, her nose – this is a film about Jews after all. Every character in the film has what looks to be 5 pounds of plaster covering their noses. Sammy’s love has the distinction of having the smallest nose of the group, though her nose is still massive and hooked. Half toucan – half human, the characters gesticulate wildly as they speak (a feature of all silent films, but it seems more exaggerated here). The men have beards, payot, and with the exception of Sammy, quite unshapely bodies – they seemed to have stepped directly out of the pages of Der Stürmer.

Unlike the other five films in the showing, there are no acts of violence, either intentional or self inflicted, in this film. The laughter is derived exclusively from the fact that the characters are Jews, and that Jews look funny. It hardly qualifies as slapstick, at least in the common sense of the word, but in terms of physical violence done by the actors’ makeup, the physical degradation of the body, it is as vicious as any Three Stooges production. The film relies upon a sense of Jewish bodies as deformed – the slapstick comedy comes from the fact that the any action done by a Christian actor dressed as a Jew is by its very nature an act of physical violence, the plaster noses assault them at every turn.

All that being said, these films, accompanied by live organ music provided by musician and composer Bernie Anderson, are still fairly enjoyable to watch. The racism is so over the top, so outrageous, that it lacks the sort of invasive power of more subtle forms of racism. The viewer is doubly removed from the proceedings via a temporal and aesthetic distance. Indeed, the organ accompaniment gives the whole proceeding a sort of funhouse atmosphere – you are entering another world, the music seems to say. Of course, this is not another world, it was ours, and in many ways, it still is.

One of the values of viewing this kind of exaggerated racism, despite the nasty taste it leaves, is that we can see in these films the roots of many of our current racist film tropes (we can also see the less pernicious influence these films have had on such figures as Samuel Beckett and David Lynch). Their overtness only bludgeons us into recognition – in a sort of circular move, they can seem less like the ur-racist films of the past and more like modern parodies of our current cinematic situation. In terms of “Oh Sammy’s!” filmic descendants, we can look to the bespectacled, wildly gesticulating, big nosed Jewish shysters of Spike Lee’s “Mo Better Blues” (1990) or Sean Penn’s character David Kleinfeld in the abysmal “Carlito’s Way” (1993). The portrayals are more subtle yes, but there lies part of the problem – the subtlety gives directors like Spike Lee some (barely) plausible deniability against charges of anti-Semitism (he gave a putridly self-righteous and flimsy defense of “Mo Better Blues” in the New York Times). By using this same comedic trope of racist stereotype as physical deformity/violence in a far more subdued and, therefore more realistic manner, our own films do far more to reinforce stereotypes than a film like “Oh Sammy!” could ever hope to do (at least now). The “realism” of modern film works to imbue the films with an air of legitimacy that is entirely missing from the slapstick shorts. Going back to the source can only help us expose understand our current situation – it can only help us spot our own stereotyping portrayals.

Though this was the only showing of “Ethnic Profiling: Stereotypically Speaking,” the “Cruel and Unusual Comedy” Series continues at MoMA with other themes until January 26th.