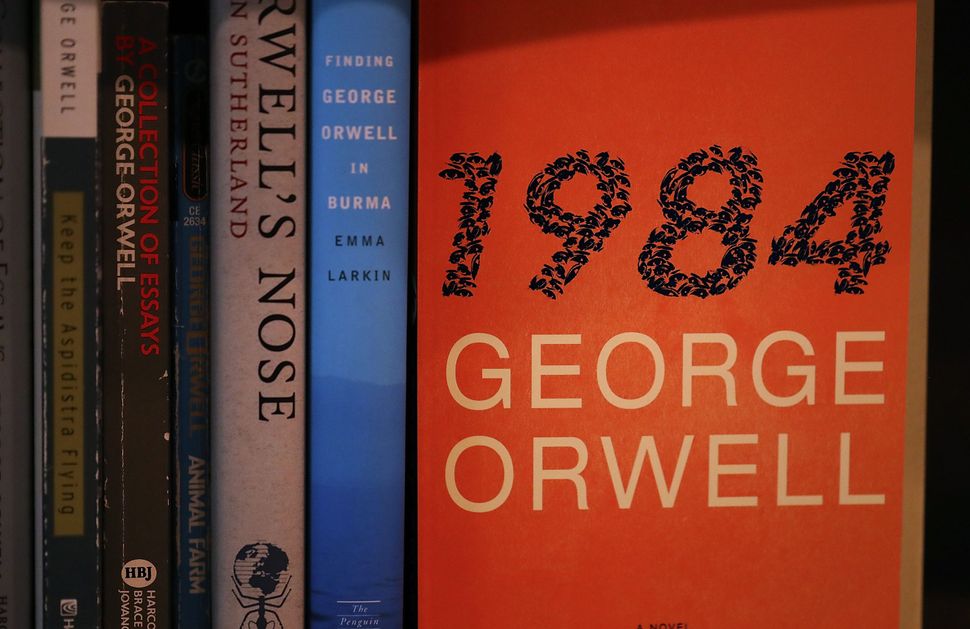 On Sunday, Kellyanne Conway, senior adviser to President Donald Trump, suggested that when Press Secretary Sean Spicer spouted falsehoods about the size of the crowd at Trump’s inauguration during a Saturday press conference, he was not lying, but simply relying on “alternative facts.”

If a portent of doom can have unintended positive consequences, that phrase did, sparking a surge in sales of George Orwell’s dystopian 1949 novel “1984,” which prominently features the use of so-called “doublespeak.” (The totalitarian government featured in the novel famously relies on the precept “War is Peace, Freedom is Slavery, Ignorance is Strength.”)

As of Wednesday morning, the book was the bestselling book on Amazon.

While “1984” is an important read at a time characterized by the increasing sway of fake news, the looming threat of authoritarianism, and Trump’s argument that it would be nice to re-institute torture as a practice of the CIA — welcome to Room 101, hurrah! — it’s also a dystopia that reflects the specific concerns of its own era.

Some of those concerns have remained constant over the near-seven decades since the book’s publication. Some have not. And the questions that guided dystopian literature before Orwell are, almost a century after the form developed, still relevant.

To fill in the gaps, check out the novels listed below. They provide a guide for determining exactly how dystopic the world you live in is — a fun weeknight activity — but also, implicitly, how to resist the encroachment of dystopian forces.

“The Trial” by Franz Kafka 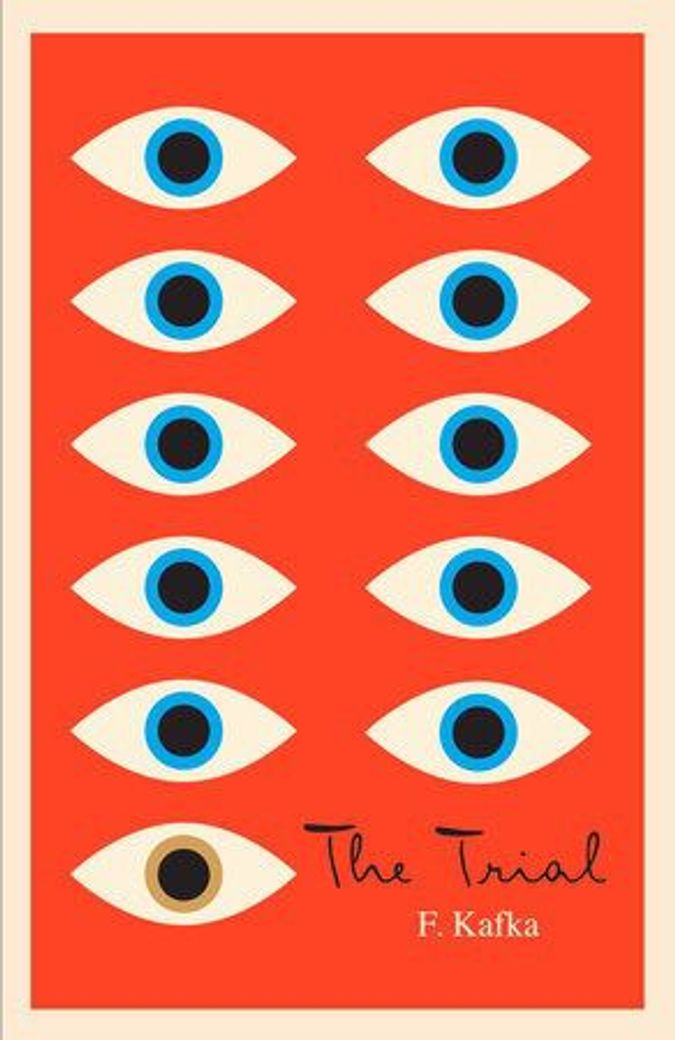 Is “The Trial” dystopian? There are quibbles to be had over this; the book was written in 1914 and 1915, just as the genre began to emerge, and it eschews many of that genre’s traditional trappings. It’s less explicitly political than “1984” and the genre’s other standard-bearer, Aldous Huxley’s 1932 “Brave New World,” and it’s little concerned with globalization or the inhumane encroachment of technological advancement.

Still, “The Trial” presents a scenario that, in its nightmarish arbitrariness, feels uniquely contemporary: Josef K., a cashier in a bank, is arrested and prosecuted on charges that, issued by a distant authority, are never explained. Josef is required to take responsibility for a good deal of his own prosecution — he eventually leads his executioners to the spot where they’re supposed to kill him — and the system that’s entrapped him operates with a baffling lack of logic or clarity.

Reviewing a 1983 celebration of Kafka in New York, The New York Times’ Edwin McDowell commented on the fact that Kafka and Orwell had gained similarly prominent cultural influence, but for disparate understandings of society’s darkest impulses. Where Orwell is associated with totalitarianism, he explained, Kafka is, quoting Walter H. Sokel, then a professor of German and English Literature at University of Virginia, a priest of “‘bureaucratic indifference and psychic failure.’”

Those are plagues the United States has never fully escaped. There are five prisoners in the military prison at Guantánamo Bay who, approved for resettlement overseas by former president Barack Obama’s administration, will now be stranded there indefinitely following Trump’s order that no prisoners are to leave the facility. None of the men have been convicted of a crime.

Trump is also considering re-opening other overseas “black-site” prisons, shuttered by Obama, formerly used to imprison and torture suspected terrorists using techniques kept carefully secret not only from the public, but also from members of Congress. (It’s worth noting that facilities that bear similarities to these prisons have also operated on United States soil; a 2015 investigation by The Guardian exposed a facility, operated by the Chicago Police Department, where police allegedly beat detainees, kept them out of official booking records, and denied entry to detainees’ legal counsels.)

The author wasn’t a notoriously hopeful soul, and “The Trial” contains little comfort. The novel did, however, set the stage for subsequent books to explore the psychological effect of living in a society where so-called justice is capricious and inexplicable. One of those, J.M. Coetzee’s “Disgrace” — the last book in this list — took on that task with slightly more pointed results. Read on.

“Darkness at Noon” by Arthur Koestler 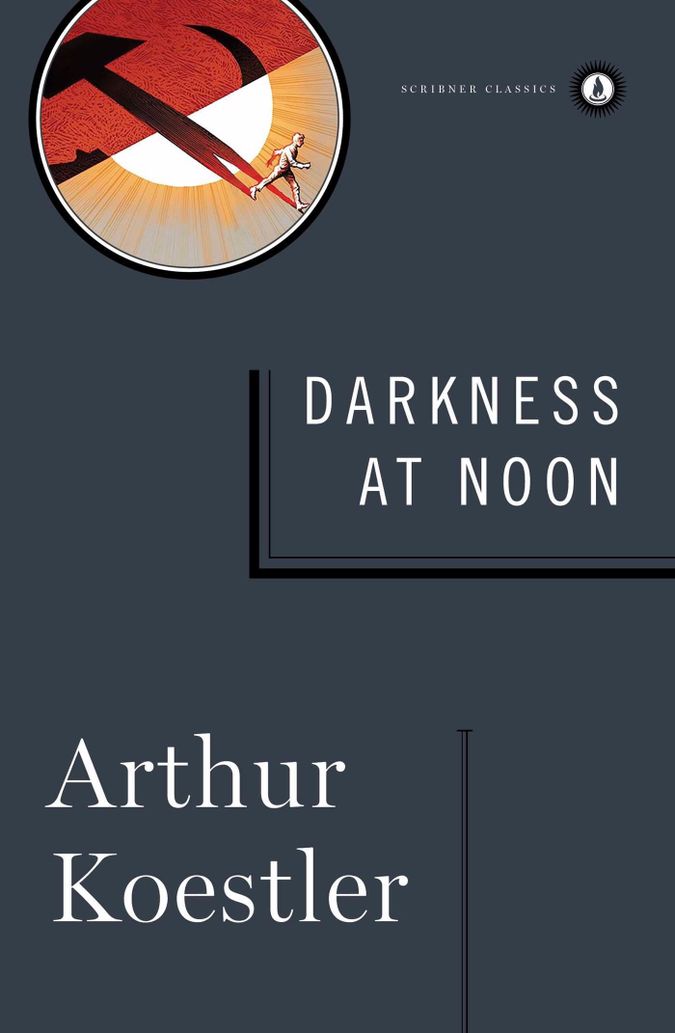 Koestler’s best-known novel, written in his native German in 1940, is an allegorical account of Stalin’s 1938 purge of the Soviet Union’s political classes. Relating the arrest of Nicholas Salmanovitch Rubashov, a formerly high-ranking party member, the book veers between Rubashov’s path from arrest to confession and execution and his recollections of his earlier, politically profitable years.

What’s notable about the book? First, it laid important groundwork for Orwell. While there’s argument over which book counts as the first dystopian novel — there’s a big scholarly hole to dive down, here, folks — a popular candidate for the title is Yevgeny Zamyatin’s 1921 novel “We,” which responded to the alarming political situation of the early Soviet Union. (It was, unsurprisingly, quashed by USSR censors, so it was first published in an English translation in 1924.) More famous is Aldous Huxley’s 1932 “Brave New World,” also clearly inspired by the Soviet Union.

“Darkness at Noon” is one of the more significant links in the chain connecting those two definitive texts to “1984,” and Orwell was an outspoken admirer of the book. In a 1944 essay, five years before he published “1984,” Orwell lauded the extent to which, in “Darkness at Noon,” Koestler captured the psychological experience of someone living in a totalitarian — read, dystopian — state.

“Rubashov ultimately confesses because he cannot find in his own mind any reason for not doing so,” Orwell wrote. “Justice and objective truth have long ceased to have any meaning for him.”

And beyond influencing Orwell by lending insight to the loss of mental independence incurred in a dystopia? Orwell observed that in the novel, Koestler laid out a suggestion that the act of revolution, almost inevitably, “is a corrupting process.” Although Orwell took issue with the particular connotations Koestler bestowed on that message — ” All revolutions are failures, but they are not all the same failure,” Orwell wrote — Koestler’s implicit advocacy of caution when confronting the ideological stringency that often accompanies calls to revolution is well-taken. 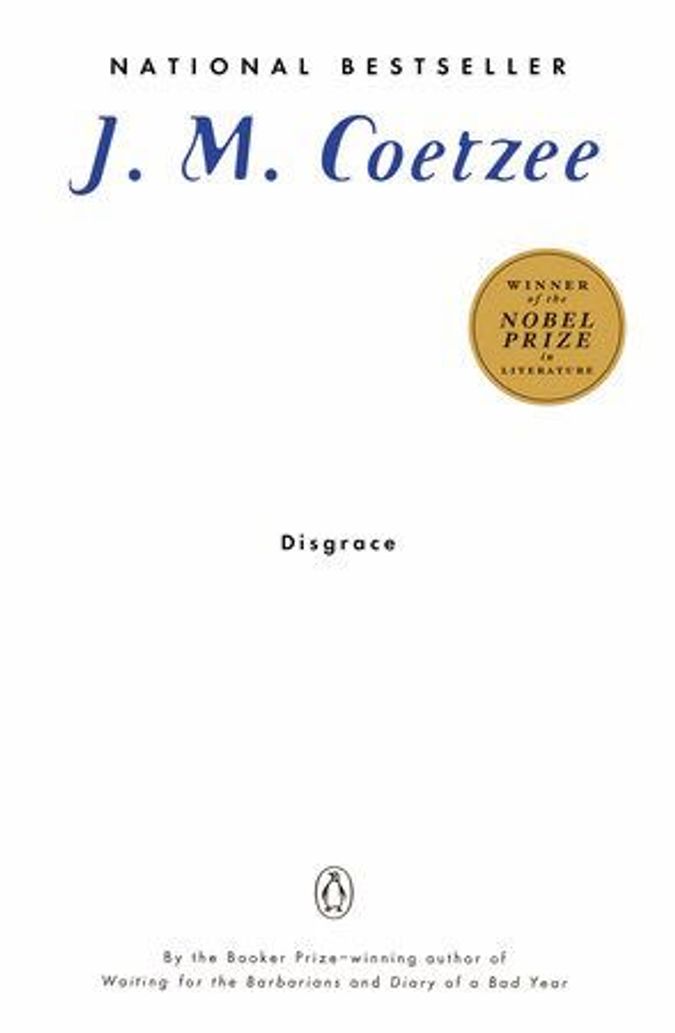 Not many people think that J.M. Coetzee’s 1999 novel “Disgrace” is dystopian. The novel, which takes place in a fictionalized version of an anarchic post-Apartheid South Africa, doesn’t fit well with the traditional concept of a dystopia as a totalitarian, technology-mad globalized state.

Totalitarianism, however, can be an ethos instead of a defined political structure; if someone is suppressing your rights, and the effect of that suppression is meaningful, it doesn’t much matter whether that person is a national dictator or your next-door neighbor. What’s the totalitarian ethos? Boiled down, it’s perhaps best described as the active desire, on the part of the governing forces of society, to establish an iron-fisted control over the minds, bodies, hearts and souls of citizens.

That ethos manifests in “Disgrace” in unexpected ways. The novel follows David Lurie, a white, Jewish professor in post-apartheid Cape Town, who begins a dubiously consensual sexual relationship with a student. When that relationship comes to light, Lurie is dismissed from his post. He goes to visit his daughter, Lucy, a lesbian living on a rural farm. The two suffer a vicious attack at the hands of black South Africans; Lucy becomes pregnant, decides to have the child, and loses all interest in her life. Lurie, as well, slowly abandons his personal and professional connections, from the opera he’s writing — a subject of extended passion — to a stray dog to whom he’s formed a deep attachment.

By the end of the novel, both Lurie and Lucy have, as individuals, been almost entirely effaced.

That effacement marks the success of a social order that, lacking political organization, has adopted its own form of totalitarianism, clearly demarcated as a retaliation to the particular totalitarian impulses of the Apartheid government. It is, as you might imagine, not an especially fun book to read. But it shows, in clear detail, how dystopia takes hold: by slowly, insidiously and systematically eating away at the strength of an individual’s interest in the circumstances of her own life.

So what’s the message? For this reader, it’s simple: resist the impulse to retreat. Stay passionate.

The government may intrude on your rights, your means of communication, and your ability to influence its decisions. It cannot take your mind and heart. So long as you keep a strong hold on those — and your fellow citizens do the same — it’s not too late.