A Deadly Explosion In Chicago, And More Of The Forward Looking Back 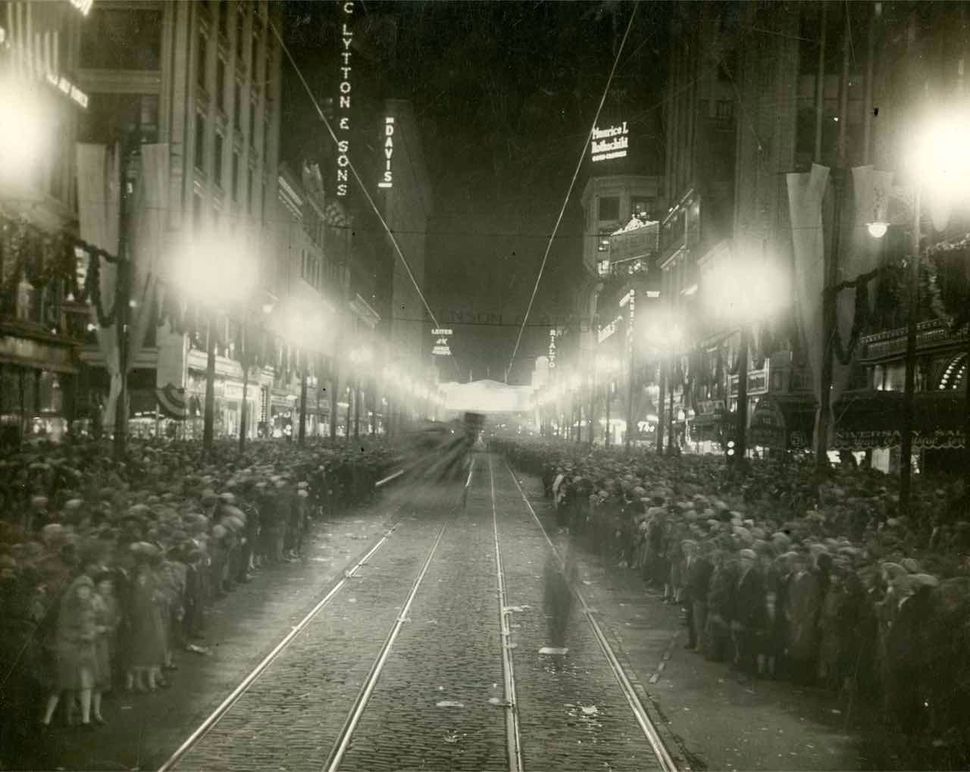 A massive gas explosion rocked the heart of the Jewish ghetto on the West Side of Chicago. At least 40 people were killed and hundreds were wounded in the blast, which occurred in the early morning hours on the 800 block of West 14th Place while most of the residents were sleeping. Many of the surrounding buildings caught fire as a result of the explosion, throwing the entire neighborhood into great panic. Residents were running outside in freezing temperatures with only their nightclothes, and at least one child froze to death. Children were crying and women were fainting. Screams of “Where are my children?” could be heard all over the street. The cold froze the water the firefighters were trying to pump onto the fire to extinguish it. Nearby stores, schools and community centers were opened up to house the half-naked women and children.

Greetings from Arekipa! What? Where is that? Truth be told, we have to keep in mind that, these days, we have to remember the names of all the places where Jews have gone. Sure, it’s a lot easier to say “Berditshev,” “Eyshishok” or “Drohobitsh,” but we have to get used to names of cities like “Lima,” “Caracas” and “Arekipa,” along with many others. It’s our Buenos Aires correspondent who has sent us greetings from Arekipa, a city in Peru that has taken in 15 Jewish families and about a dozen individuals. A small community to be sure, but it already has a nice little synagogue with its own Torah scroll. The leader of the community, a Mr. Weinberger, came from Hungary and, having spent his youth in the yeshivas of Pressburg, has taught his people well. In fact, a number of the women speak excellent Hebrew. One of the young men has become proficient in Spanish and is now a Peruvian writer and poet.

Along with a check for $13.50, an amazing letter arrived in the offices of the Forverts from a young man serving in the U.S. Air Force. Written in Yiddish by Richard W. Lodge, a first lieutenant, the letter reads as follows: “Dear Forverts, I have a Jewish friend who taught me to speak Yiddish. He is now stationed in Vietnam and cannot buy the Forverts. Please send a subscription for six months to: Lt. Stuart Solomon 1876 Comm Sq. (AFCS), Box 7075, APO SF CA 96307. Enclosed is my check for $13.50 for the subscription. Thank you.” One can see that Lieutenant Lodge is not Jewish, but he apparently had a desire to learn Yiddish, and his friend, who is now in Vietnam, was his teacher. It is amazing that Lieutenant Lodge made the effort to write to a Yiddish newspaper in Yiddish, unlike all the Jewish organizations and leaders who sing their own praises in English and then ask us to translate them into Yiddish.

A Deadly Explosion In Chicago, And More Of The Forward Looking Back