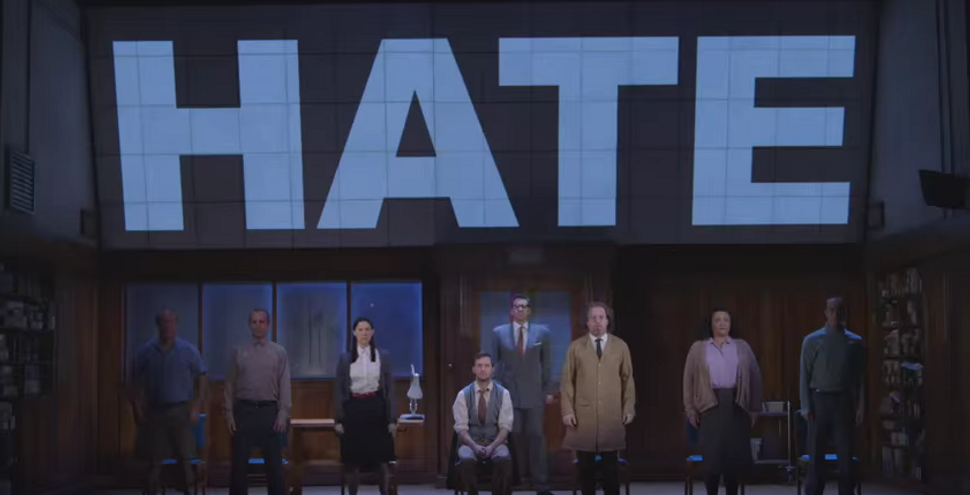 As “1984” stays close to the top of best sellers lists — this week, it fell to second on Amazon’s list, trailing pre-sales of “alt-right” provocateur Milo Yiannopoulos’ controversial “Dangerous” — the prescience of George Orwell’s dystopian vision is prominent in the public consciousness.

Now, Sonia Friedman, the British producer behind “Harry Potter and the Cursed Child,” and Scott Rudin, the American film and theatrical producer who powered “Fences,” “The Grand Budapest Hotel,” and “The Social Network,” plan to bring a stage adaptation of the novel to Broadway.

That adaptation, written by Robert Icke and Duncan Macmillan and developed by the theater company Headlong, premiered in the United Kingdom in 2013.

“The show is a superbly handled multimedia speculation on the nature of truth that never lets the audience off the hook,” The Guardian’s Lyn Gardner wrote, reviewing a production at the Nottingham Playhouse. “This is not an easy watch, in any sense.”

As The New York Times’ Michael Paulson reported, the Broadway production of “1984” is scheduled to open at the Hudson Theater on June 22.

Watch a trailer for the production, as seen in Glasgow, below.