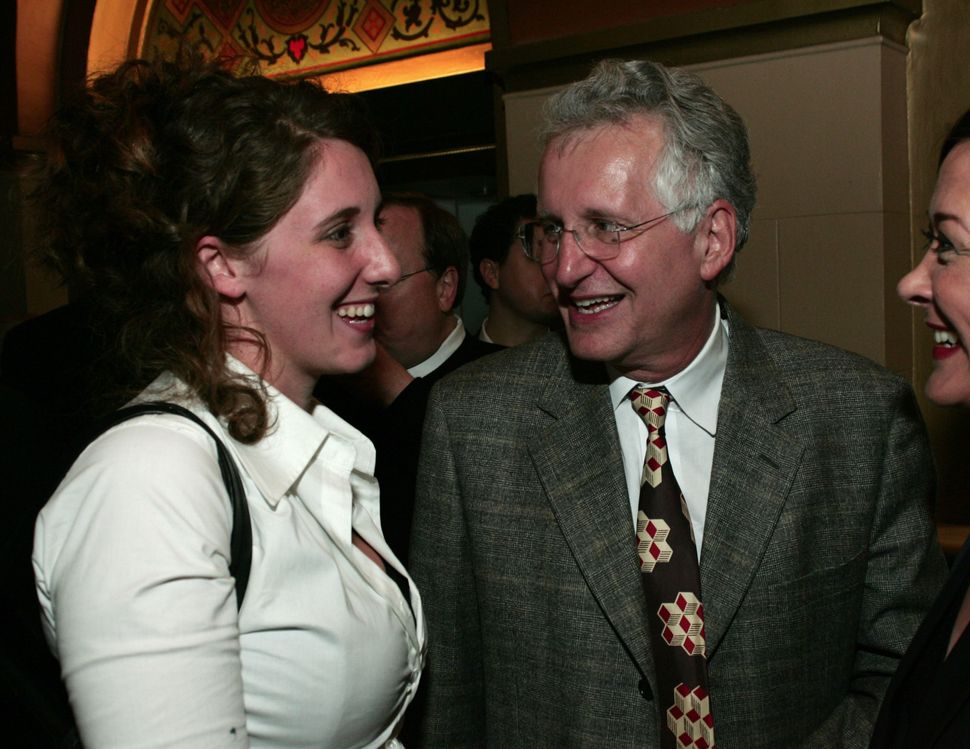 It’s rarely considered good form, in the theater world, for high-level creatives involved in a production — producers, directors, etc. — to respond to that production’s reviews.

That’s a rule with which Jack Viertel, senior vice president of Broadway theater operator Jujamcyn Theaters and artistic director of New York City Center’s Encores! series, is admittedly familiar, making his decision to write to The New York Times in displeasure over a recent review of an Encores! production all the more notable.

“I have…had extensive experience with the separation of church and state when it comes to critics and producers. And I believe in it strongly,” Viertel, profiled for the Forward by Jennifer Gilmore this past May, wrote in a letter addressed to Times theater editor Scott Heller. “But in the case of Laura Collins-Hughes review of ‘Big River’ at Encores!, the time has come to break the rules.” (Playbill obtained and published copies of both Viertel’s letter and Heller’s response, written with New York Times culture editor Danielle Mattoon.)

Collins-Hughes, reviewing ‘Big River,’ lauded the production’s performances and deft direction, but questioned the timeliness of the 1985 adaptation of Mark Twain’s “The Adventures of Huckleberry Finn.”

“It is hard, in a way that it wasn’t in 1985 — or even in 2003, when Deaf West Theater brought its stunning revival to Broadway — to watch a story that’s framed as the tale of Huck and Jim without being bothered by how sidelined Jim is,” Collins-Hughes wrote.

No, she doesn’t think Twain should be re-written. Still, “with the United States plumbing its own soul over questions of privilege and belonging,” there’s something disconcerting about the fact that the show “is ultimately the story of a white boy waking up to injustice, then painting himself as a hero.”

Viertel was, to put it lightly, frustrated with Collins-Hughes’s comments. “The shock of reading her stunningly polarized, politicized, narrow-minded and unfailingly myopic notions about Mark Twain, Big River itself and the place of racial and gender diversity in American letters and the American theater is something I can only picture seeing in some crackpot journal put together by college undergraduates in the late ‘60s,” he wrote.

“Are we supposed to take everything off the shelf (and off the boards) that doesn’t confirm to 2017’s ideas of “appropriate” contemporary art? These are, in fact the very same kinds of ideas that have been used by ideologues to attack Twain’s clear-eyed and unforgiving view of the American character since the novel was written well over 100 years ago, both from the left and from the right.”

Heller and Mattoon were somewhat more measured in response.

“We do not hold art works to any sort of litmus test. But theater lives and breathes in the moment of its watching. Many of our critics—of theater and other genres—have found themselves seeing old works through new eyes in this cultural and political moment,” they wrote, defending Collins-Hughes’s critical judgment.

Ultimately, though, they saw the most pressing issue being that of whether both Encores! and the Times were occupying a constructive place in cultural discourse.

“Nearly 40 people have commented on the review online, a healthy tally for a show with a brief run,” they wrote. “Many agree with your complaint; others don’t. That’s good news to us—a sign that the New York theater and The New York Times are engaged in the big issues of the day.”