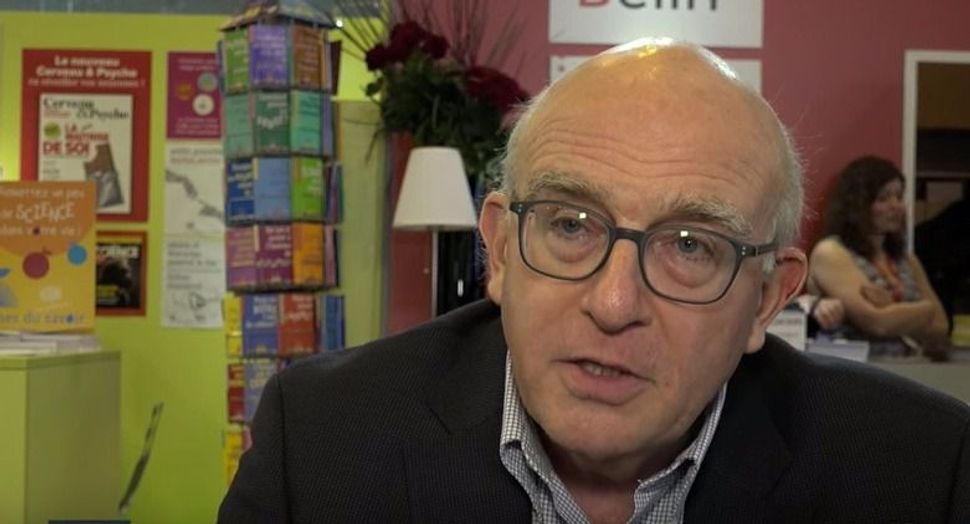 When Henry Rousso landed at Houston’s George Bush International Airport on February 22, the Paris-based historian, who studies Holocaust-era Europe, was expecting a smooth entry to the country, where he was scheduled to attend a symposium at Texas A&M University. After all, as an academic Rousso had spent 30 years making international trips for conferences. With universities taking care of the visa requirements that allowed him to collect honorariums for his lectures, he had never encountered trouble with immigration.

The scholar was in for a shock: After what he described as a “random check” by Customs and Border Protection (CBP), Rousso was detained at the airport for 10 hours and threatened with deportation.

Now Rousso — who was let into the country after Michael Young, the president of Texas A&M University, was alerted to the situation and asked law professor Fatma Marouf to intervene with CBP — is speaking out about his experience.

“Examining my passport, the policeman noted that I recently received a ‘J1’ visa, granted to academics, having been a visiting professor at Columbia University in New York from September 2016 to January 2017,” Rousso wrote in The Huffington Post. “He concluded that I was returning to work “illegally” in the U.S. with an expired visa.” The authorities interrogated him, he continued, took his fingerprints, conducted a bodily search, and informed him “that I will never be able to enter the country again without a specific visa.”

The Egyptian-born Rousso, who immigrated to France with his family in 1956 after they were exiled as Jews under the administration of President Gamal Abdel Nasser, was troubled by his own situation. He was horrified, though, by that of his fellow detainees, many of whom lacked resources to help them in their plight. When two police officers came to take a man Rousso identified as probably Hispanic to a boarding gate for deportation, he wrote, “they handcuffed him, chained him at the waist, and shackled him.”

“As far as I have understood from what an officer told me later, this was indeed the procedure for all the people to be deported, a shameful practice apparently required by the airline companies,” Rousso continued. While in detention, he wrote, he could eat and drink but not use a phone, most of the CBP officers acted with professionalism but some “sneered discreetly as they watched the population,” and some were aggressive towards the detainees. A female officer, he shared, “bawled” at a woman whose toddler was “running in all directions,” and when one man stood up to ask for updates on his case, he was scared back into his seat by three officers who “immediately reacted.”

The incident left Rousso with questions he hadn’t previously expected to consider in the United States. Was he pulled aside because of his Egyptian heritage? Or was he targeted for being an academic? Are more people being detained without true cause in order to help demonstrate the importance of escalated immigration control?

“We must now face arbitrariness and incompetence at all levels,” he concluded. “I heard recently that ‘Paris isn’t Paris anymore.’ The United States seems no longer quite the United States.”