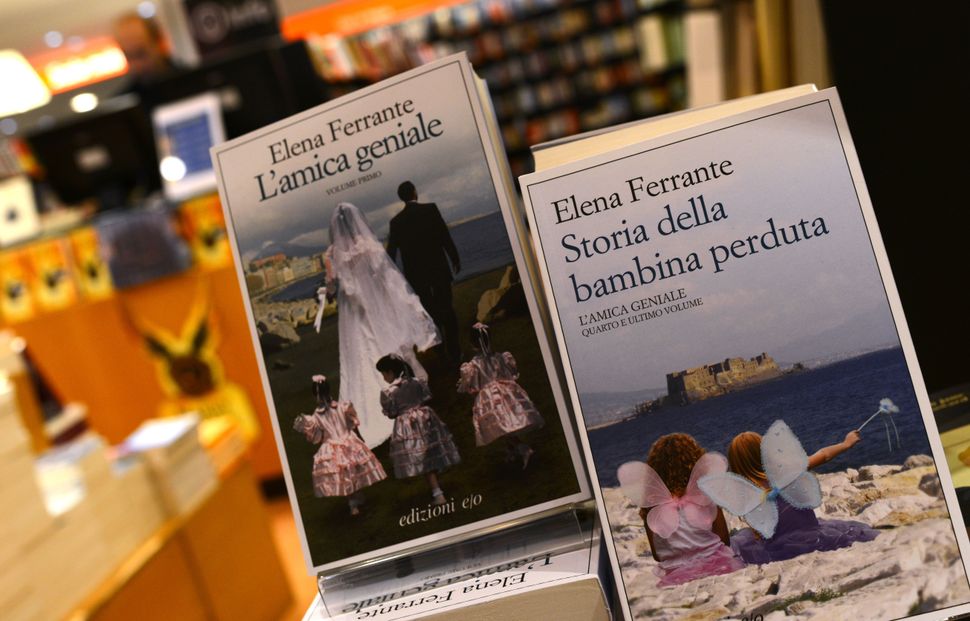 In the last few years, Elena Ferrante’s Neapolitan Novels, which concluded with 2014’s “The Story of the Lost Child,” have taken the literary world by storm. Now, Italian director Saverio Costanzo will spearhead their adaptation into a 32-episode television series.

While the novels’ imminent adaptation for television was first announced in February, Costanzo’s involvement is new. He will direct the series, as well as serving as one of its screenwriters.

Collaborating with him on the series’ scripts will be Francesco Piccolo and Laura Paolucci and, hopefully, Ferrante herself.

Speaking to The New York Times, Costanzo said he expected to work with the reclusive author — whose determination to remain anonymous was challenged this fall, when Italian journalist Claudio Gatti published an investigation into her identity in outlets across Europe and the United States — over email.

The film’s producers, Wildside, confirmed to The New York Times that they were in late-stage discussions about distributing the series with both Italian and American producers and broadcasters.

One of Costanzo’s previous high-profile projects was his 2004 narrative film “Private,” which follows a Palestinian family whose house is temporarily occupied by a set of Israeli soldiers. The family refuses to leave their home, so the soldiers divide it, taking the upstairs for their outpost, and leaving the family to live in the home’s first-floor living room.

The film sparked a controversy when the Academy of Motion Picture Arts and Sciences rejected it after it was submitted as Italy’s official entry to the 2005 Oscars for Best Foreign Language Film.

As the Jewish Journal reported, the Academy insisted the rejection was due to the fact that the film’s dialogue takes place mainly in Arabic, Hebrew, and English, while Academy guidelines dictate entries for Foreign Language Film must take place primarily in the language of the country that submits them. Still, the film’s producers were concerned its rejection was due to its positive portrayal of the central Palestinian family. (That year, the Academy accepted both Israeli and Palestinian submissions for the award.)

Speaking to The New York Times, Costanzo confessed some anxiety over doing the well-loved novels justice on the screen. He hoped “to convey the same emotions as the books in a cinematographic way,” he said.