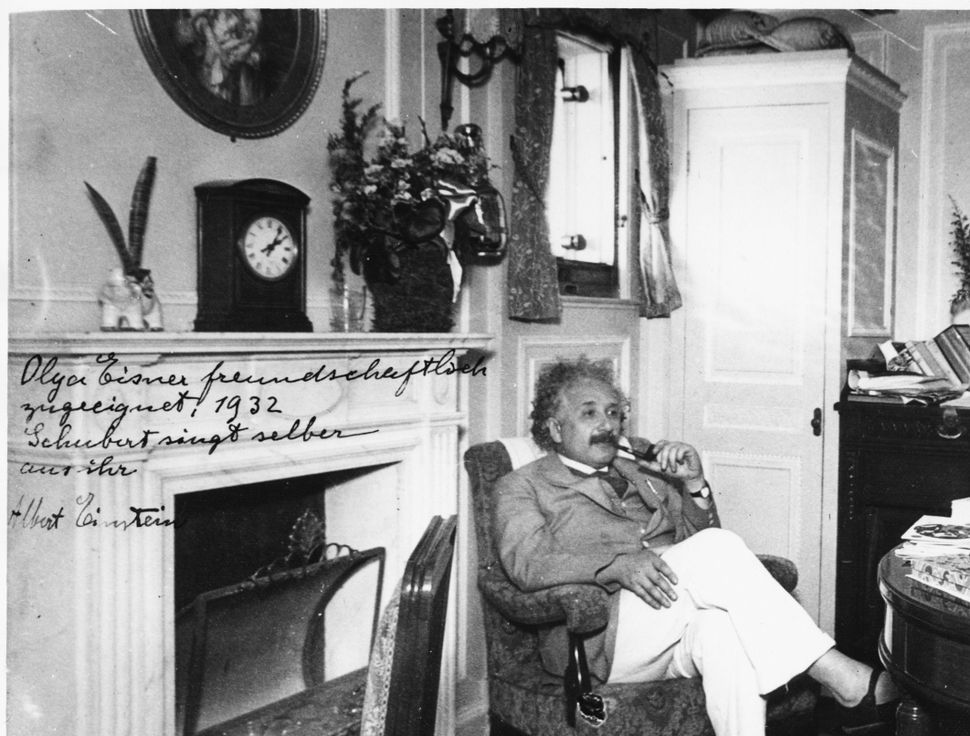 According to an article in Mental Floss, the first time Albert Einstein came to America, he found himself caught up in a whirlwind of media frenzy – of prying reporters, flashing cameras, and an alternatively eager and dismissive public (one woman called Einstein’s achievements “highbrow bunk” – among the most quintessentially American phrases ever uttered). The year was 1921, and Einstein had just been awarded the Nobel Prize in physics. The scientist was in high demand for lectures and media appearances, and, though he was ordinarily a private person, deigned to make the voyage to America to appear at various universities. By all accounts, his stay in America, which he had reluctantly borne, was exhausting. So why did Einstein agree to the trip? The answer can be summed up in one name: Chaim Weizmann. Weizmann was the chairman of the World Zionist Organization, and was, at that time, attempting to raise funds for a university in Jerusalem. Einstein agreed to help Weizmann gain publicity for his cause and access to wealthy donors. Four years after the visit, Weizmann completed his mission with the building of Hebrew University.

But Einstein’s altruism and sense of duty did not end in 1925 with Hebrew University. In 1933, he returned to the United States (Chicago, to be precise) on March 14th, otherwise known as pi(e) day, or, Einstein’s birthday. According to an article in dnainfo, Einstein was in Chicago to speak at the Standard Club “before some of the city’s most prominent figures, such as university professors and presidents, the governor, doctors and lawyer Clarence Darrow.” In addition to speaking about scientific matters, Einstein also touched on politics, telling the crowd that “to organize international affairs so as not to bring war is the problem” faced by the international community (remember, in 1933 a newly empowered Adolf Hitler was already sounding the drums of war and genocide). However, it was when Einstein spoke about his people that he became most passionate. According to the article, Einstein exhorted the crowd to “protect Jewish education institutions around the world, citing difficulties Jews had in gaining access to education.”

In any event, on what would have been his 138th birthday, here’s to remembering Einstein the altruist, Einstein the Jew. Happy pi(e) day.