My Guinea Pig’s Bar Mitzvah: What We Learned 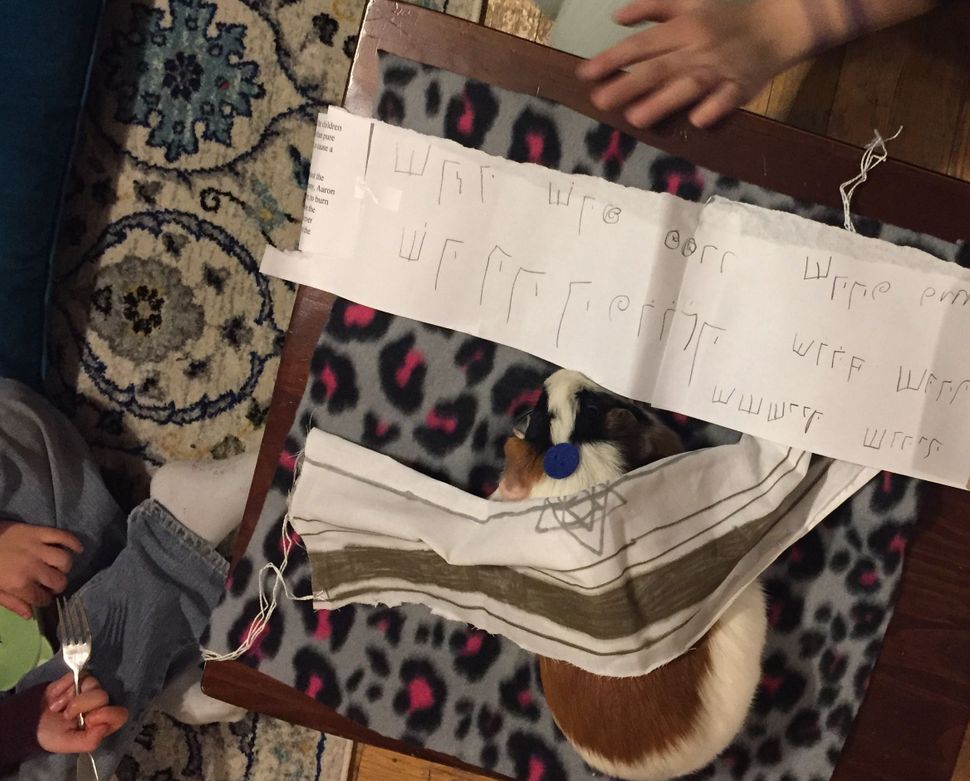 It seemed appropriate to plan our guinea pig’s bar mitzvah for the Purim weekend.

My daughter is an eager new attendee at Hebrew school and can’t wait to be bat mitzvah. Given her age she has a few years to wait, but she decided that, at 25 months, Snickers the guinea pig had reached the age of majority. Also, conveniently, she claims her “son” is already fluent in guinea-pig Hebrew, so he was able to “learn” his piece quickly and without the need to ever attend any classes.

We invited guests, ran through the plans for the ceremony and had an anticipatory chuckle. The event was supposed to resemble a brief, jokey version of the coming of age ceremony. What I didn’t expect was how similar to a real bar mitzvah the tensions would be.

Decisions had to be made, from catering (we honored Snickers’ dietary preference by staying vegetarian) to guests (we did stretch to invite both of Snickers’ friends Rosie the hamster and Marshall the guinea pig — but I fear the Canadian cousins are broyges at not being invited).

Preparations took days, during which many conversations took place about obligations of bar mitzvahs, sacredness of certain objects and other rites of passage. One dear guest during the weeks leading up to the simcha wondered to my daughter whether Snickers had been circumcised — whether the bar mitzvah was coming between a bris and a huppah — and spent a difficult few minutes avoiding having to explain circumcision.

Concrete preparations involved not only making his bar mitzvah suit, tallis and a tallis bag, but constructing a “Torah scroll” and planning the ceremony. (Please note: no real Hebrew or sacred objects were used in the making of this ceremony.)

The day dawned cold. My wife, who had planned and catered the event with unwavering good humor, woke up with a debilitating virus and had to text emergency helpers from across the city. Rosie sent her regrets, it would be too chilly for her to get across town.

By the afternoon things were getting tense. I would have to leave work earlier than planned for unexpected errands. Snickers might not be feeling well — would he be able to do his bit at all? My daughters had to finish their after-school activities and then help with the last few details, no guarantee that we could rely on them. And, to top it off, one of the honored guests — along with her father who was supposed to have an aliyah — dropped out in the afternoon because of another engagement.

Eventually everyone turned up. My wife struggled out of her sick bed for the ceremony before collapsing back into it halfway through the meal. We solved the perennial problems of seating — we both had enough cushions and everyone sat next to friends. 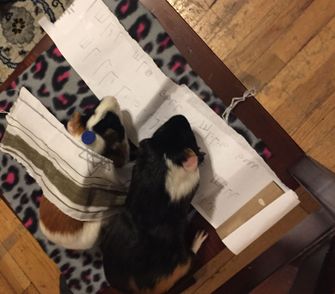 And then Snickers came out. He behaved delightfully, refrained from toilet the whole time, posed for pictures and did a great job of reading from his scroll. His hutch-mate Marshall performed his aliyah perfectly. Everyone was impressed with Snickers — especially the brevity of his speech (and the lack of any other speeches). Crucially, there was plenty to eat.

Job done. Today he is a man. (Or adult guinea pig). 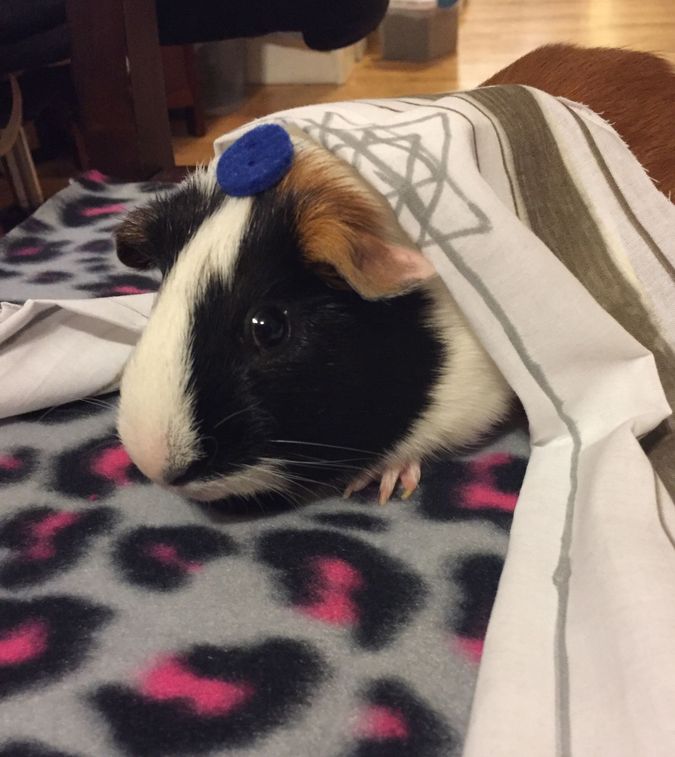 Today I Am A Pig: Snickers gives his bar mitzvah speech. Image by Dan Friedman

Now we know how to do it, full speed ahead to human bat mitzvahs — via, of course, our neph-dog’s “bark mitzvah.”

My Guinea Pig’s Bar Mitzvah: What We Learned