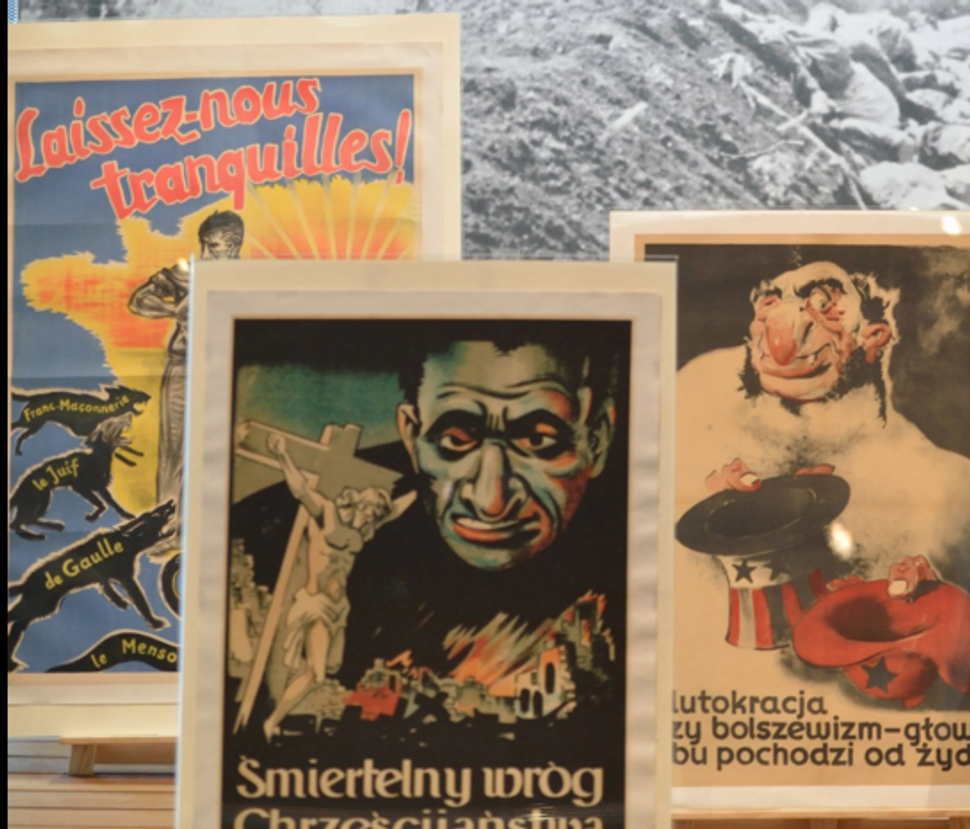 He thought his collection, which now includes close to 7,000 images and documents, would serve as a chronicle of the baseless hatred perpetuated by its contents. He didn’t anticipate his mission would, in his lifetime, become one of publicly pressing importance.

Now, the Holocaust survivor is reconsidering that idea.

In the United States, anti-Semitic imagery has crept back into the public consciousness: During the 2016 election cycle, for instance, Twitter users photoshopped Bernie Sanders into a gas chamber — with Donald Trump grinning outside it.

Langerman’s native Europe has been similarly gripped by a resurgence of anti-Semitic imagery. Most prominently, earlier this year the Swedish-born YouTube celebrity PewDiePie, whose given name is Felix Kjellberg, lost lucrative contracts after broadcasting anti-Semitic imagery in his videos.

More recently, the right-wing French presidential candidate Francois Fillon tweeted an image that depicted his independent opponent Emmanuel Macron, who once worked as an investment banker for a Jewish-founded company, as a hook-nosed banker greedily grasping a red sickle.

For many, Fillon’s misstep hit a particularly jarring chord because of its aesthetic similarity to the tropes of anti-Semitic propaganda that, in the years leading up to World War II, gained menacing popularity on the continent.

Enter the Caen-Normandy Memorial Museum’s exhibit “1886 – 1945, Heinous Cartoons Or the Anti-Semitic Corrosion in Europe.” The exhibit, which opened on March 20 — 10 days after Fillon sent his misguided tweet — is composed of over 120 documents and artifacts from Langerman’s collection.

In a video introducing the exhibit, Langerman, speaking in French with English subtitles, explained the philosophy behind his collection.

“As an adult, I decided to draw attention to the reality of anti-Semitism,” he said. “To its ugliness, its stupidity, its lies and its call to violence and murder.”

“I gathered thousands of documents and objects, solely to demonstrate this reality,” he continued.

The Caen-Normandy exhibit showcases only a small fraction of Langerman’s collection. As The Guardian’s William Echikson reported, portions of Langerman’s collection have previously been shown at the United States Holocaust Memorial Museum as part of its exhibit “State of Deception: The Power of Nazi Propaganda,” currently touring Europe, as well as Belgium’s Holocaust memorial, the Kazerne Dossin.

“After the war, the type of antisemitism found in my collection was a taboo,” Langerman told Echikson. “Today, it no longer is.”

In the exhibit’s introductory video, Langerman expressed hopes that the show will go some way towards challenging a European return to imagining Jews as the hook-nosed, corrupt puppeteers of the images it displays.

“It is an immense contribution to the struggle against anti-Semitism and social amnesia,” he said.