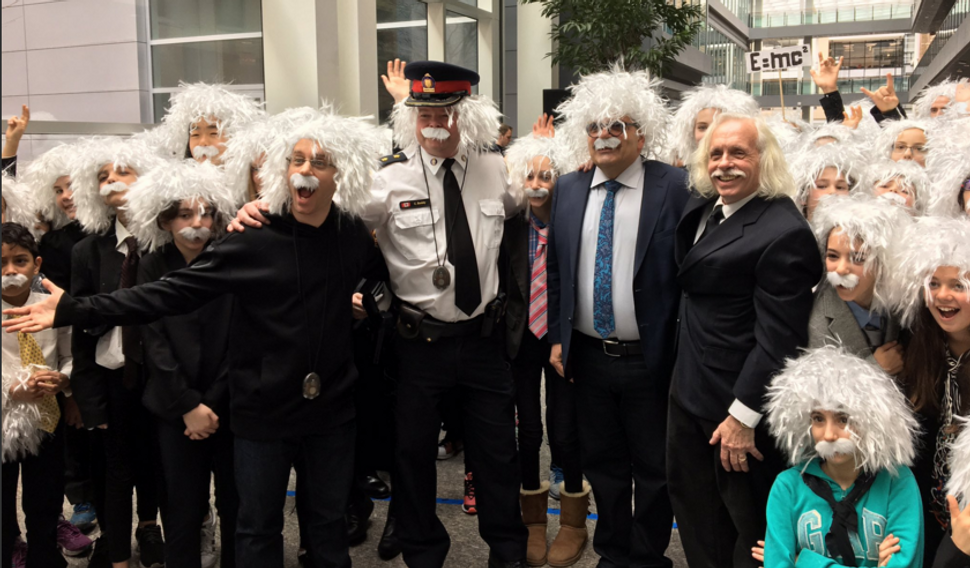 One person dressed as Albert Einstein is a lovable eccentric, two are liable to draw jokes about disruptions in the time-space continuum, and 404 are something to positively celebrate.

The next Einstein competition happening @MaRSDD – will they break world record and come up with world changing idea? pic.twitter.com/09iPJWUPQc

On Tuesday March 28, the crowd of Einsteins, each of whom wore a disheveled white wig and bushy white mustache, assembled to overcome the previous record in that category, a comparatively paltry 99. They did so in accordance with the launch of The Next Einstein awards, which, according to their website “recognize new ideas with the potential to change the world for the better.”

One significant personage regretted his failure to make the record-breaking crowd a neat 405. Canadian Prime Minister Justin Trudeau — who, in a move of which Einstein surely would have approved, once explained quantum computing to a rapt (and frankly, surprised) crowd — wrote on Twitter of his disappointment at missing the event.

Wish I could’ve been there… the staff hid my wig & stache! Now, submit your ideas to #thenexteinstein competition: https://t.co/623V6wvTNB https://t.co/0npdPwjbCL