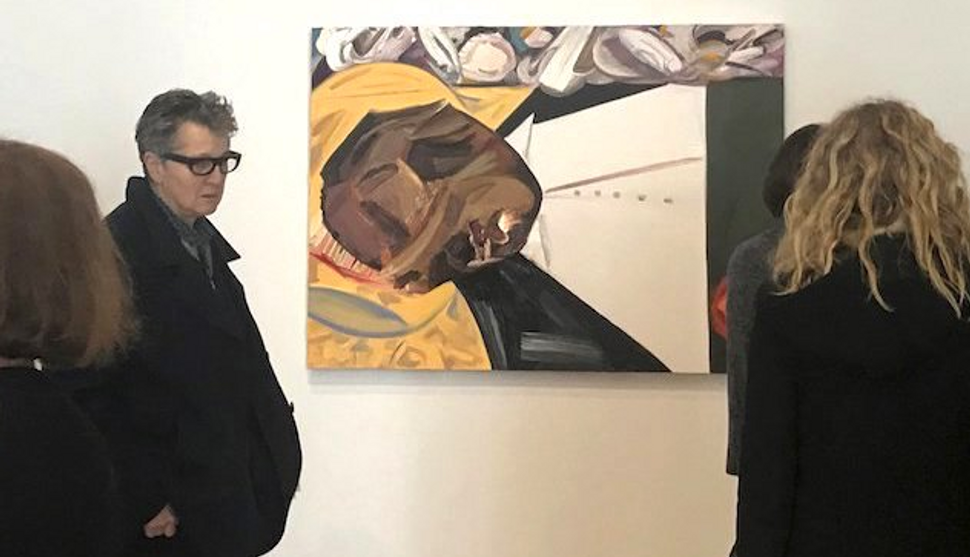 The 2017 Whitney Biennial, while mostly well-reviewed, has been dominated by controversy over Dana Schutz’s painting “Open Casket,” based on a photograph of Emmett Till in his coffin.

Till was a 14-year-old black boy who was brutally murdered in Mississippi in 1955 after being accused of flirting with a white woman. His lynching, and his mother’s decision to display his body in an open casket, has often been cited as the initiating incident of the Civil Rights Movement.

While a widely-circulated petition to the Biennial’s curators to remove the painting from the exhibit, and subsequently destroy it, met little sympathy from the Whitney, the Museum has temporarily removed “Open Casket” from the exhibit after a leak jeopardized its exhibition space. Also removed were two paintings by Julien Nguyen and four videos by Maya Stovall, a Whitney spokesperson confirmed to Hyperallergic.

All seven artworks were anticipated to be back on view on Wednesday, April 5, the spokesperson said.

In response to questions from artnet on her decisions regarding the work, Schutz admitted “I always had issues with making this painting, everything about it. And it is still uncertain for me.” Asked if the response to the painting would influence her future artistic choices, she said “I’m sure it has to.”