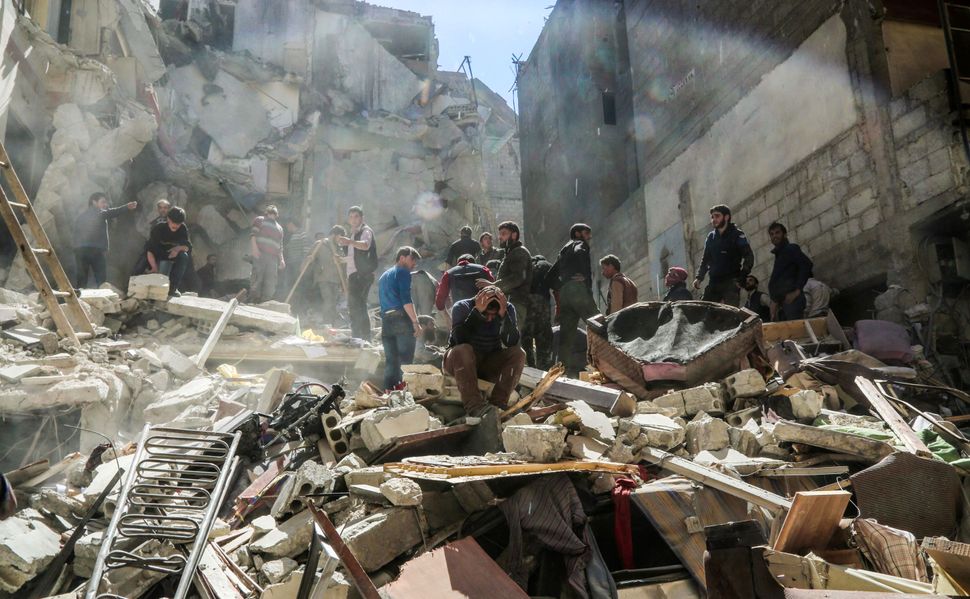 On December 19th, during the final death throes of the city of Aleppo, I wrote the following words, “What do we mean when we say “never again?” These days, do we mean anything at all? Perhaps when the phrase was coined in 1961 by filmmaker Erwin Leiser in his Holocaust documentary, “Mein Kampf,” we might have been able to salvage some semblance of a stance from the words. We had yet to experience the moral degradations of Bosnia, of Rwanda, of Halabja, of Cambodia…God, there’s too many. But now, in 2016, 71 years after the events of the Holocaust, the case seems to be closed on what we mean by “never again” – what we mean is precisely this: nothing.”

Nothing indeed. Today, it has been reported that a gas attack in Syria, almost certainly perpetrated by the Assad government, has killed at least 100 civilians, including children, in the Idlib Province. Idlib, we must note, is the province to which the survivors of the crucible of Aleppo fled after the fall of the city. There was never any doubt that the degradation and strife of Aleppo would follow the survivors into Idlib, just as there was never any doubt that the moral cowardice and feckless disregard for human life of the Obama Administration would carry over into the Trump Administration.

Writing this, I find that I have nothing further to say. Where above those ellipses exist, there is a whole world of text – a world of images, speeches, articles, books – decrying the atrocities in Syria, exhorting the world to save the innocent, exhorting the world to save itself from its intolerable shame. Eventually, however, the pile of corpses becomes too large for us to cover with speeches and pictures. Eventually we must realize that every outcry, every condemnation, every expression of sympathy and grief will, in the face of such a crime, becomes as silent as the dead.

In the 1930’s, when the world stood on the brink of irredeemable cataclysm, an exiled Bertolt Brecht wrote the following poem:

“In the dark times, will there also be

Yes, there will be singing.

About the dark times.”

Now, as then – dark times, singing. We know no other way.

But enough, truly, finally, enough – there is nothing left to say. Because all of this, all of these words (mine, yours, theirs) have proven impotent. If we will not intervene to end this suffering, let us at least end the appalling charade of rhetoric, let us at least comport ourselves honestly and lucidly and admit to the Syrian people and to each other that we have learned nothing from history – or that we have learned, and we do not care, and never will.

In that same article about Aleppo in December I wrote, “when that next time comes, remember in disgrace – when duty’s all too human face came crying at our feet, we merely shrugged and sighed ‘never again,’ again.” And here we are, at the latest of our “agains,” sighing, disgraced, …