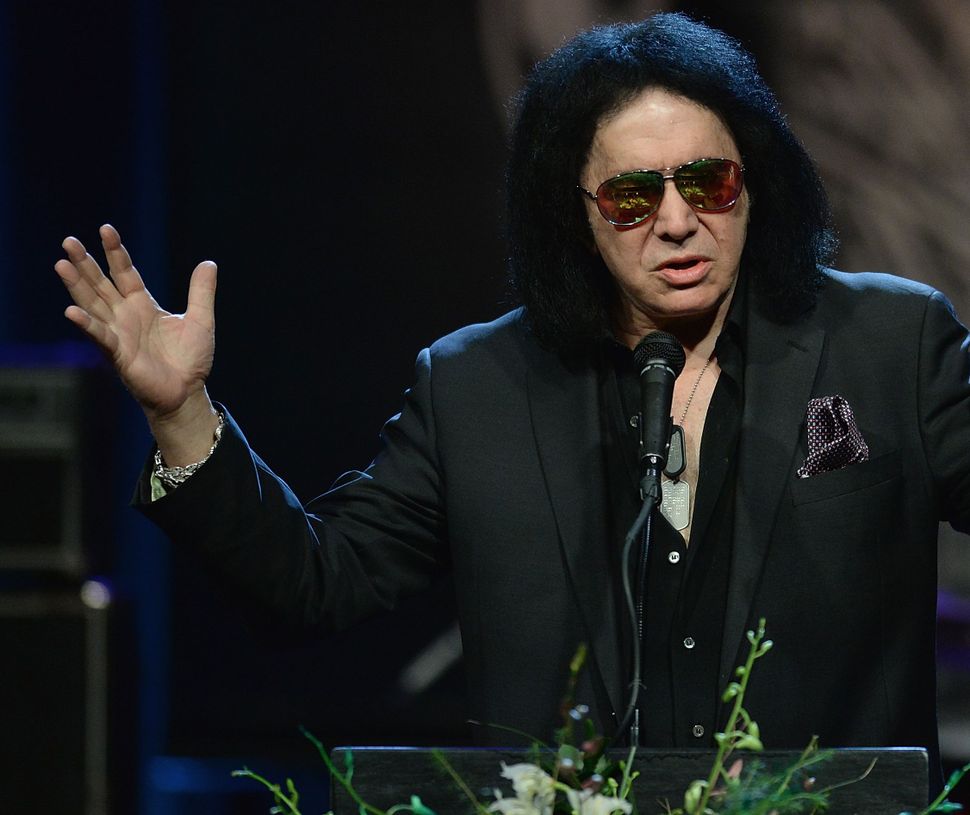 Image by Michael B. Thomas/Getty Images

His funeral, a four-hour affair marked by performances by Berry’s collaborators and tributes from fans ranging from Paul McCartney to Bill Clinton (both in absentia), took place at St. Louis’s Pageant Theater.

Berry, a St. Louis native, lived there throughout his life. Into his last years, he played monthly shows at Blueberry Hill, a bar located on the same street as the Pageant.

Israeli-born Gene Simmons of the band KISS, in town for a comic-book convention, took to the stage to deliver an impromptu eulogy for Berry.

“He broke down the barriers, made all kinds of people’s hearts and minds open up to the idea that we all belong to the same people,” Simmons, disguising tears behind a pair of dark sunglasses, said.

Watch his full speech, below.