Is This Beaver The Moses Of Canada? 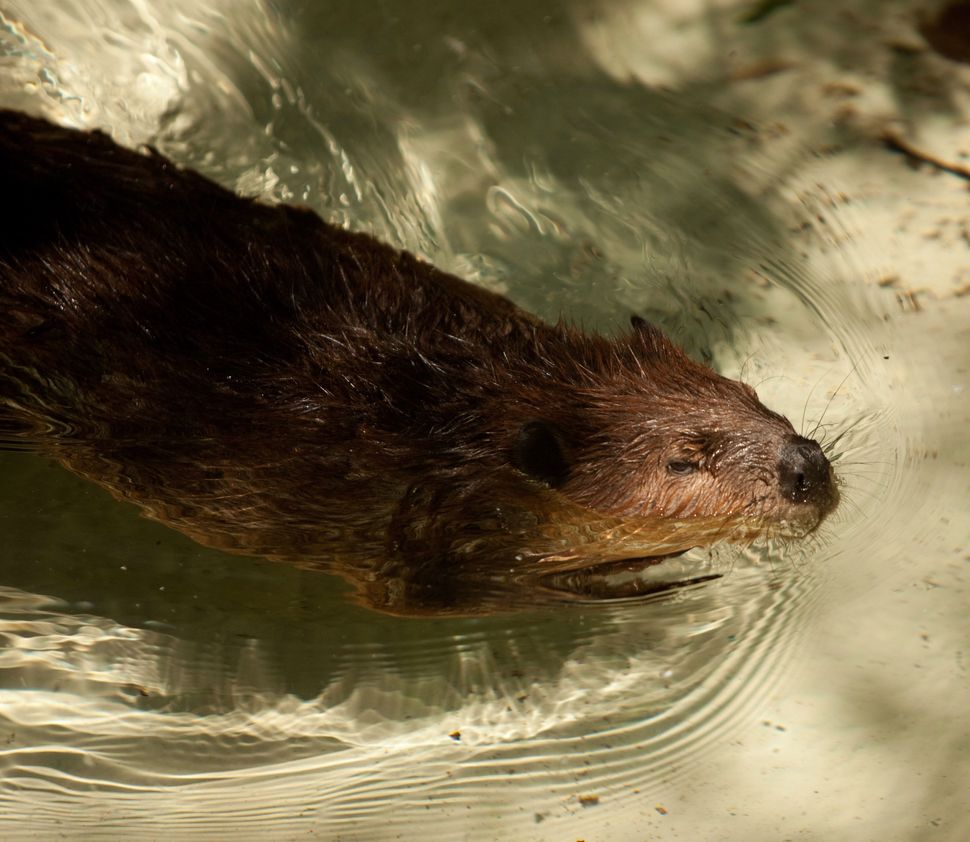 Heading out to check on their herd of cattle, ranchers Adrienne and Aaron Ivey saw something nearly as odd as locusts falling from the sky, and much more welcome: A beaver leading 150 of their heifers in a docile march across their property.

Why was this beaver different from all other beavers? Perhaps it was remarkable for being the first beaver the cattle had seen; Adrienne Ivey, explaining to CBC News that heifers are particularly curious cows, commented “I think they were following this thing around because they couldn’t figure out what the heck it was.”

Perhaps the heifers were in fact merely patriotic, expressing their fervor by loyally pursuing their country’s national symbol.

Or, perhaps, there was a touch of the divine to the humble, large-toothed, paddle-tailed water mammal. Like Moses leading the Israelites from Egypt, maybe it was leading the cattle to — well, wherever, really — shuffling boldly forward even when it appeared it couldn’t possibly succeed in its task.

Succeed, of course, it did not; the heifers remain on the Iveys’ ranch, and the whereabouts of the beaver are presumably unknown. Still, bless the heifers’ interrupted exodus. May they someday find their land of milk and honey — or just a bunch of really good oats.

And may Moses-Beaver, hero of our hearts, shuffle on.

Is This Beaver The Moses Of Canada?