Shobha Nehru, A Quiet Witness To History, Dies At 108 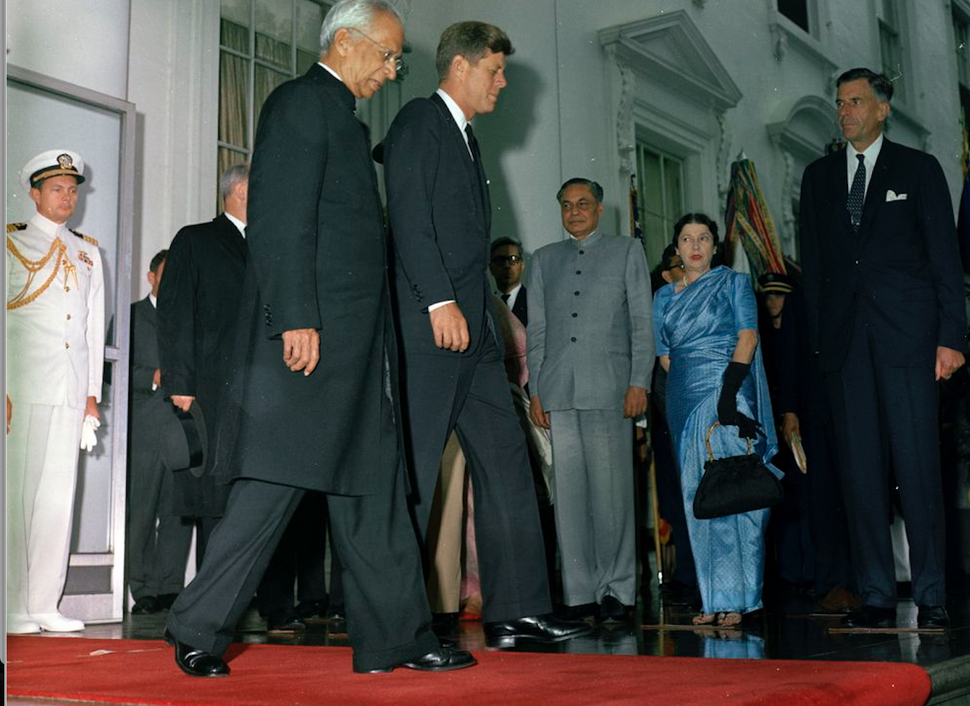 Shobha Nehru, who died on April 25 at age 108, proved that humanistic ties to family roots never fade. Born Magdolna Friedmann in Budapest in 1908, she witnessed Hungarian anti-Semitism, which led her father to change the family name to the less Jewish-sounding Forbath. This new appellation led to a school nickname, Fori, which she retained for the rest of her long life.

In 1930, sent to study at the London School of Economics after universities in her homeland excluded Jews, she met Braj Kumar Nehru, a relative of India’s first prime minister Jawaharlal Nehru. She married him, taking the Hindi name Shobha, meaning brilliance or beauty. Her husband became a diplomat, and she moved to India in 1934. Years later, on one occasion she dared confront Nehru’s daughter Indira Gandhi, who intimidated even B. K. Nehru, about her policies. Gandhi had declared a State of Emergency in 1975, during which autocratic excesses mocked in “Midnight’s Children,” a novel by Salman Rushdie included forced vasectomies. These may have recalled to Fori sterilizations carried out by the Nazis under the guise of social eugenics. Robert Anderson, an historian of Indian science and technology, noted that Fori Nehru “did not support the Emergency…. Fori Nehru, whose Jewish family escaped the Holocaust during the war in Budapest, broke with her husband Ambassador B. K. Nehru (Indira’s cousin) and spoke to caution her that she had gone too far.” Her husband’s autobiography, makes it clear that Fori was one of the few insiders to object to Indira Gandhi about compulsorily sterilizations. Gandhi’s “answer was to take her head in her hands and say ‘What am I to do? What am I to do? They tell me nothing.’”

Typically, Fori had other alternatives in mind. In 1952 she had approached the American birth control activist Margaret Sanger, informing her that the Family Planning Association of India sought an experienced researcher for an experimental center offering advice on contraception and infertility treatments. In a letter from May 1952, Sanger wrote to a fellow American women’s rights advocate that she had met Fori in California, adding: “You will like her — She believes in Rhythm as it has worked since 1936 for her!!” Fori favoured “advocating Rhythm to the people of India — as they have nothing in the way of a Contraceptive — Her description of conditions simply strips one of every suggestion & gets thinking down to basic — salt – & oil — The only two possible ingredients as household essentials that might be used.”

Despite primitive conditions — one of the few times she wept after arriving in India was when trying to cope with toilet accommodations — Fori maintained a forthright optimistic attitude. Inspired by Mahatma Gandhi, she championed Indian handicrafts, while retaining awareness of her origins. As a nonagenarian, she was visited by an Oxford classmate of one of her sons, the historian Martin Gilbert (1936 – 2015). She asked Gilbert, noted for his works on Winston Churchill and Judaism to recommend a worthwhile history of the Jews. Gilbert preferred to write her a series of letters about Jewish history, later collected and published as “Letters to Auntie Fori: The 5,000-Year History of the Jewish People and Their Faith.” The thirst for information never left Fori. Gopalkrishna Gandhi, grandson of Mahatma Gandhi, dedicated a memoir from 2011 to Fori and her husband, recalling how they would demand of visitors to their home in Northern India, “So tell me, what is going on?” Gandhi praised Fori in 2012, as still “very agile and remarkable.” Until the end of her life, Fori would ask those around her, “What’s the news?”

This was not just because during the height of her husband’s career as Indian Ambassador to the United States from 1961 to 1968, she rubbed elbows with world leaders. Marian Cannon Schlesinger, ex-wife of the historian Arthur Schlesinger Jr. noted in a memoir that Washington D.C. social life in the Camelot era featured Fori, “another potent character and, considering the fact that she was Hungarian by birth, more Indian than the Indians.” John Kenneth Galbraith, America’s ambassador to India during the Kennedy administration, dedicated a book on poverty to Fori, among others.

A subtler way that she retained the otherness of her origins was in social customs. One memorial article pointed to her tireless advocacy “in the field of social welfare especially for the education and empowerment of women” in Jammu and Kashmir, a state in northern India. Disregarding protocols for dignitaries, Fori “would invariably occupy the front seat in the chauffeur-driven official car to reach the office from Raj Bhawan. The people would watch with appreciation as even any ‘insignificant official’ would enjoy the rear seat for comfort and show.” During the Partition of India in 1947 when the nation was divided in two, Fori labored to relieve the dire poverty of refugees, helping to establish Central Cottage Industries Emporium, New Delhi, which remains a handicrafts center. Unlike lofty Lady Bountifuls, Fori rolled up her sleeves and supervised staff to market items, using her diplomatic connections to find American retailers willing to accept hand-made products. As Fori told an historian of development in 1999, “I couldn’t tear myself away from helping the craftspeople of our country.”

Her identification with her adopted compatriots was magnified by natural gifts for assimilation. In the 1930s, Fori was even scolded by Maria Antónia Gottesmann, a fellow Hungarian Jew who had also married an Indian. Gottesmann’s daughter, Indira Sher-Gil, became a noted painter in South Asia, known as India’s Frida Kahlo. Gottesmann scolded Fori for having “Indianized” and failing to retain a Hungarian identity. The assimilation continued, regardless.

All of this was achieved with a steel-trap memory that startled some visitors. One journalist recalled that just last year the then-107-year-old Fori expressed appreciation for an article he had published on the assassination of Mahatma Gandhi in 1948. She followed this with a fifteen-minute monologue of precise historical details about the event. Small wonder that influential friends continued to flock to her. In 2009 a Hungarian Jewish friend, George Soros, flew to Chandigarh to visit with Fori at the home of one of her sons. Some accounts claim that Fori Nehru was the oldest Jewish woman in the world, but surely she was one of the most perspicacious.

Gopalkrishna Gandhi aptly observed:
“As one who had seen her turn from when she was a vivacious fifty to a sedate sixty, then a stunning seventy to go on to being eighty, ninety and a hundred in perfect command of her faculties, I was in plain awe of her. She was, for me, Time’s quiet witness, much less vocal about what was witnessed than I hoped, more forgiving than was needed, but a witness.”

Shobha Nehru, A Quiet Witness To History, Dies At 108