What Do The Talmud And Torah Really Say About Trump’s Lies? 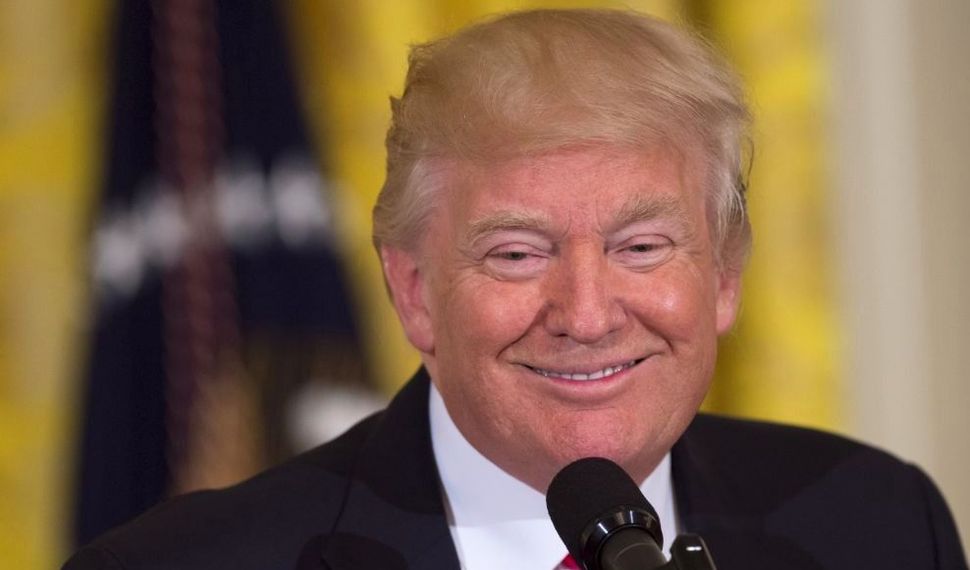 We are living in an age when world leaders regularly deny historical facts — and therefore, defining what the word “lie” means is an urgent concern.

Both the Torah and the Talmud seem a bit clairvoyant these days in their interest in delineating what a lie is, when it’s okay to lie and what the punishment for lying might be. I was rereading all this when President Trump asserted that there was no reason for the Civil War:

“People don’t realize, the Civil War — you think about it, why? People don’t ask that question. But why was there a Civil War? Why could that one not have been worked out?”

This statement, which appears to deny the existence of slavery, comes just days after the French press reported that the interim leader of France’s National Front party claimed it is impossible for Jews to have been gassed in the Holocaust:

“I consider that, from a technical standpoint, it is impossible – and I stress, impossible – to use it in mass exterminations. Why? Because you need several days to decontaminate a space… where Zyklon B has been used,” said Jean-François Jalkh, a member of the National Front.

Not too surprising, considering that Marine Le Pen, shortly before she was defeated in the recent French elections, asserted that the French were not responsible for round-ups of French Jews during the Holocaust.

“I think France is not responsible for Vel d’Hiv,” she said, referring to the notorious roundup and deportation of 13,152 Jews from the Vel d’Hiv stadium in Paris on July 16 and 17, 1942. On its website, the Yad Vashem Holocaust museum defines that incident as “a symbol of the responsibility of the regime and the French nation for the Holocaust” In response to her comments on the Holocaust in France, Yad Vashem issued a statement of, well, facts.

So what exactly is a lie? What was it once, and what is it now?

The Merriam-Webster Dictionary, which has become a celebrity of sorts in the Twitter age, dates the word “lie” to before the 12th century.

Merriam-Webster defines the intransitive verb “lie” as, first, “to make an untrue statement with intent to deceive,” and second as “to create a false or misleading impression.”

This definition, focusing on intent, is very close to what New York Times columnist David Leonhardt wrote recently, that knowledge of the fact that a statement is untrue is what qualifies it as a lie. In other words, intent is what matters.

When it comes to the noun “lie” as opposed to the verb “lie,” things get a bit dicier, with three meanings:

2: something that misleads or deceives

3: a charge of lying

In the noun as in the verb, intent is the key. And if definition 1b sounds vaguely familiar from recent presidents — weapons of mass destruction, anyone? — definition 1a is a more radical departure.

None of this is news, apparently — lying was an ancient problem.

Lies and truth get prime real estate in the Torah. Exodus 23:7 and Leviticus 19:12-13 deal explicitly with the question of what lies are. The sages also cite Leviticus 19:35-36 as they discuss the issue. After all, the Ten Commandments include a prohibition against false testimony. It’s hard to think of a more prominent placement than that.

But, as usual for Jewish thought, it’s more layered and complicated than it initially appears; according to rabbinic interpretation, punishment for lying is limited to a case of a false oath. And getting a dictionary definition of “lie” in Judaism is not easy, even from scholars of the subject.

“The exact definition of a lie seems hard to pin down,” explained a professor of Jewish law who wanted to preserve anonymity on this hot-button issue. “It may be more legal, as in a lie in court; it may be more something that leads to a monetary loss, or it may be broader. In addition to all this, there are clear statements that one’s words have to all be truthful — so one cannot enunciate x while secretly intending y — and that one must make an effort to live up to one’s statements.”

Desperate for clarity, I turned to the dead.

“Deceiving others is strictly forbidden,” the late Rabbi Louis Jacobs, the first leader of Masorti Judaism in the United Kingdom, wrote in “The Jewish Religion: A Companion,” published in 1995 by Oxford University Press Jacobs quotes the Talmud Bavli, or Babylonian Talmud, Pesachim 113b, which reads: “The Holy One, blessed be He, hates a person which says one thing with his mouth and another in his heart.”

Presumably the Holy One is hating this political age.

At the same time, Jewish law has long recognized that there is nuance in lies and truth. The Talmud’s discussion of when it is okay to lie is quite moving, as Jacobs observed.

“Yet, for all the high value it attaches to truthfulness, the Jewish tradition is sufficiently realistic to acknowledge that there are occasions when the telling of a so-called white lie can be in order; for instance, where the intention is to promote peace and harmony ([Babylonian Talmud] Yevamot 85b),” Jacobs wrote.

The kind legal scholar who wanted to remain anonymous also sent me to the Talmud Bavli, but to a different spot; this time to Bava Metzia 23b–24a. There, the Talmud charmingly notes that a scholar will never tell a lie except in three situations: “tractate,” “purya” and “hospitality.”

“Tractate” is generally understood as a scholar who is trying to be modest; he may say that he is not familiar with a portion of the Mishnah in order not to show off his knowledge.

Purya is a bit more controversial.

Rashi translates purya as “bed” — the biblical pru u’rvu means “Be fruitful and multiply” — and understands purya to mean that if a scholar is asked personal questions about his marital life, he is not obligated to answer truthfully.

But then it gets wilder.

Medieval talmudic commentators, i.e. the Tosafot, understand purya differently. Apparently a rather polite lot, they can’t imagine that anyone would ask a scholar (or anyone else) such questions, and so they see purya as related to Purim. They sweetly state that if a scholar is asked whether he was drunk on Purim, he can lie about it.

As for the third instance of when it is okay to lie, “hospitality” — a scholar may lie about a host’s generosity to prevent that host from being besieged by unwelcome guests.

I tried to translate this idea into 2017 terms. Imagine that the Trump-Kushners invite a scholar for Shabbat and that scholar accepts the invitation, despite the recent headlines. The scholar discovers that the president’s daughter and son-in-law present each guest with a basket of homemade breads and jewelry worth a year of college tuition. In this imaginary example, it is probably okay for a scholar to channel the Tosafot and tell others that the experience was subpar.

In an era when slavery can be forgotten by a sitting president, and when the leader of a French party can claim that gassing of Jews in the Holocaust was “impossible,” the Talmud’s allowance for lying — saying that hosts were subpar when they were gracious — seems like barely a lie at all.

Aviya Kushner is the Forward’s language columnist and the author of “The Grammar of God” (Spiegel & Grau, 2015). Follow her on Twitter at @AviyaKushner

What Do The Talmud And Torah Really Say About Trump’s Lies?