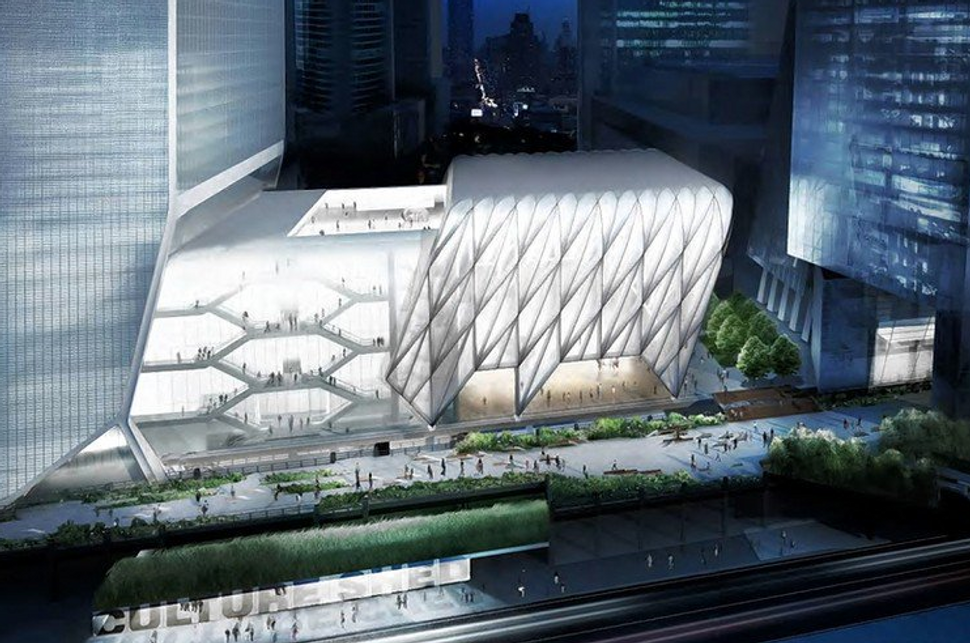 Former New York City mayor Michael Bloomberg is still helping shape the city, most recently in the form of a $75 million gift to the Shed Arts Center.

The cultural hub, currently under construction in Hudson Yards, is intended to open in the spring of 2019, featuring a range of performance and gallery spaces, as well as a “lab” for emerging artists.

In advance of its opening, the Shed is sponsoring artistic events in other city venues, beginning, according to its website, with the three-year-long “citywide dance activism program” FlexNYC. Bronx-born conceptual artist Lawrence Weiner is under commission to create a new work that will debut when the complex opens.

“I’ve always believed the arts have a unique ability to benefit cities by attracting creative individuals of every kind, strengthening communities, and driving economic growth,” The New York Times quoted Bloomberg as remarking in a statement. “The Shed will help New York achieve all three goals.”

In addition to its arts programming, the Shed’s architectural ingenuity should prove a draw. Covered by a mobile shell, the building can be fronted either by a public plaza when the shell is retracted, or a large, multi-function performance hall when the shell is extended.

As The New York Times reported, with Bloomberg’s gift, conducted through his charity Bloomberg Philanthropies, the Shed will have raised $421 million of the $500 million it is attempting to secure through a capital campaign. Bloomberg’s gift has taken two parts, first an undisclosed 2012 donation of $15 million, and now an additional $60 million.