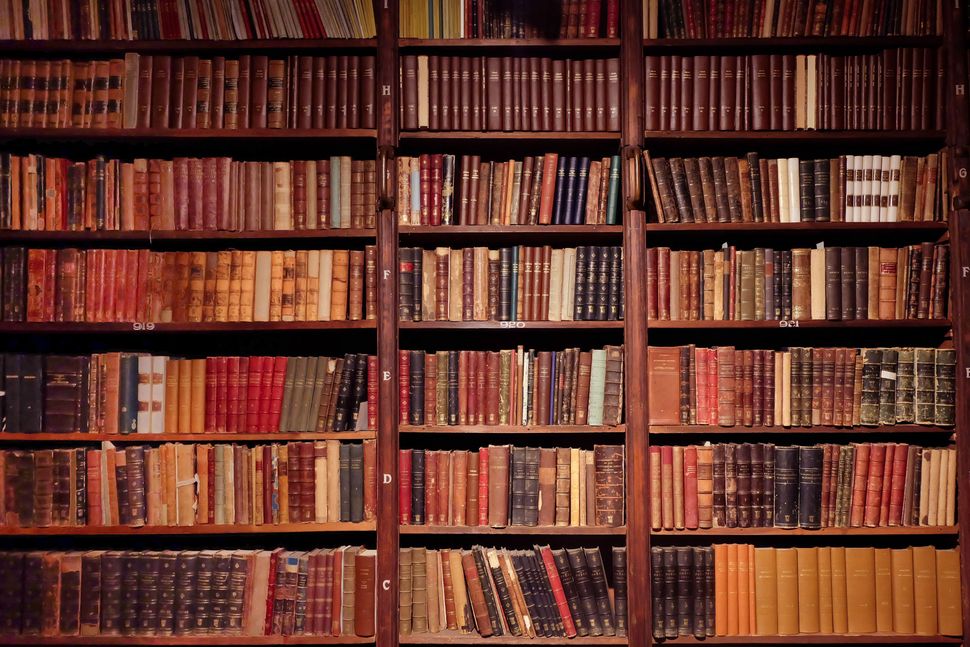 The internet is a vast pile of garbage filled with the most noxious, and noxiously cloying, filth imaginable — especially now.

It’s almost a real-life microcosm of the multiverse theory: Think of any depravity, any stupid opinion, any inane joke, and the internet will inevitably supply it. Being a functionally infinitive reality, it will also inevitably supply gems as well as trash. I’ve dug through the horrible internet wasteland for you and found a few of those too-rare diamonds.

Heading into the weekend, here is a short list of the best reading, and a little listening, from the past week (give or take).

1) “Wine, Olive Oil, and Wisteria: A Sensual Tour of the ‘City of Lions’” — Jacob Mikanowski

Mikanowski’s Los Angeles Review of Books essay is book reviewing at its finest. His subject, “City of Lions” by Jozef Wittlin and Philippe Sands and translated by Antonia Lloyd-Jones, pairs two different accounts of the city of Lviv, once Lvov, Lwow, Lemberg, and Leopolis (there are more, I’m positive).

Both Lviv’s ever-changing name and its incomparably diverse population attest to its status as imperial prize. It has, like so many cities of its peculiar distinction, produced some of the world’s finest writers and thinkers, many of them Jewish: Martin Buber, Joseph Roth, Sholem Aleichem… It also produced Jozef Wittlin, the Lwowian writer whose “My Lwow” comprises half of the volume.

“My Lwow” is, as Mikanowski informs us, a bittersweet affair. Written around 20 years after Wittlin left Lwow for good, it is full of melancholy nostalgia, an inextricable quality of all great writing on place. The book is a collection of Wittlin’s idiosyncratic memories of the town he loved and left behind, changed irrevocably by the devastation of World War II and the Holocaust.

Comparatively little time of Mikanowski’s review is spent on the second half of the book, a short contemporary travelogue by Philippe Sands, a Franco-British law professor and writer. (Sands also recently published a book about the lawyers Raphael Lemkin and Hersch Lauterpacht who helped create the legal categories of genocide and “crimes against humanity.”)

The book sounds fantastic, and I’m eager to buy a copy and read it, but I share this article with you not because of “City of Lions” but because of Mikanowski’s prose. At times he conjures the kind of unbridled joy of a young Robert Walser, with enthusiastic exclamations including “Comrade publishers, you can help us!” and “What a pleasure this voyage is.” But he is also there to remind us of history, of the “gall” at the heart of Wittlin’s account. When Mikanowski writes of Lviv as the “City of blessed memory” we remember both the blessed city, and the hallowed remains beneath.

Writing in the L.A. Review of books, George Prochnik — whose recent book “Stranger in a Strange Land: Searching For Gershom Scholem and Jerusalem” has received a number of positive reviews — writes about the rise and fall of the friendship between Scholem and his contemporary Hannah Arendt. The two began a relationship through their mutual appreciation (perhaps worship is more apt) of Walter Benjamin.

Scholem, a close friend of Benjamin’s during his life, met Arendt in the 1930’s and was “was bowled over by her intelligence and delighted by her character” as well as her early Zionist activities for the Youth Aliyah in Paris. Benjamin, Arendt, and Scholem, all great Jewish thinkers, spent time together in Paris in 1938, during which time “Scholem took note approvingly of [Arendt’s] aversion to the historical materialists Benjamin associated with at Max Horkheimer’s Institute for Social Research.”

(Scholem and Theodor Adorno, another friend and disciple of Benjamin as well as Horkheimer’s partner at the Institute for Social Research, were locked in a sort of battle for Benjamin’s soul. Scholem was a great historian and philosopher of Jewish mysticism, while Adorno was an atheist dialectical materialist. Benjamin, always unclassifiable, fell somewhere in the middle between two positions that seemingly have no middle ground.)

Through the next 20 years Scholem and Arendt maintained their friendship, both “wrestling,” Prochnik writes, “with the problem of how a person of conscience should address the unconscionable.” The break in their friendship happened when Arendt came up with her most famous answer to that problem: the banality of evil. According to Prochnik, Scholem’s problem was not so much with the concept of the banality of evil, but rather with Arendt’s depiction of Eichmann as an unthinking bureaucrat — on this account Scholem would be proven correct — and the “‘malicious tone’ Arendt has adopted to discuss matters of such profundity.”

3) “Theory From The Ruins” — Stuart Walton

Aeon is an indispensable publication, and articles like this one from Stuart Walton prove it. Here Walton distills the project of the first generation of the Frankfurt School, making a notoriously difficult and dense group of thinkers palatable without diminishing their intellect, or his, in the process. At the heart of this essay is the assertion that the Frankfurt School thinkers, with particular focus on Theodor Adorno, were not only eerily prescient in their predictions, but that their oeuvre was so broad and so prescient that its implications are still not fully understood.

Walton neatly sums up the crux of the Frankfurt School’s mission by writing “Instead of proletarian revolution in the West, what appeared was a fresh consolidation of economic power in the hands of old and new capitalist forces…Working people were being recruited to the opposite of their own liberation.”

All of the Frankfurt School’s works roughly revolve around the question of how that could have happened. Their writing is almost unbearably negative, positing very little in the way of solutions. Their primary mission was to identify the conditions of unfreedom and the ways in which they reproduce themselves. Of particular concern were the culture industry (Hollywood et al), mass consumption and reproduction, and instrumental reason and the ways in which they reinforce themselves and one another, leading society down the road to fascism, oppression, and slavery.

As Walton points out, members of the Frankfurt School sometimes identified one too many such conditions, occasionally to comical effect, but their work provides an important reflection upon our own time. Their diagnosis, negative as it may be, lays the ground necessary for a potential cure.

It’s an interesting question. Once upon a time, the literary scene was filled with smutty scenes, from the censored sexuality of D.H. Lawrence and Henry Miller to the so-called “Midcentury Misogynists” like Updike, Roth, and Mailer. Now, Lorentzen writes, we’re rarely given a sex scene that isn’t followed, or accompanied, by shame or humiliation. Our writing hasn’t exactly become puritanical or abstinent, but it is decidedly less lascivious.

This isn’t necessarily a bad thing. We don’t exactly need another “penis with a thesaurus” — that’s Updike — and the tempering of straight male literary horniness has in large part been the welcome result of feminist critique. That being said, the new burst of sexless literature is, well, somewhat joyless. Lorentzen doesn’t offer any solutions (though there a few authors he cites as having reconciled literary sex and responsibility) but he does trace an interesting history and ask provocative questions. The article does end on a hopeful note, however, depending upon your sympathies. “The ‘new purity’ [Katie] Roiphe observed could only last so long,” Lorentzen writes, citing Katie Roiphe’s 2009 essay “The Naked and the Conflicted.” “Puritans after all have the dirtiest minds.”

Caine is little known outside the jazz community, but he is an incredibly versatile player whose musical output encompasses classical, funk, straight-ahead jazz, and pretty much everything in between. I’m particularly excited that Caine will be performing his arrangements of a series of pieces by Gustav Mahler on Friday, June 9th. Jazz — and occasionally soul inflected gospel — takes on Mahler are the kind of thing that, in the wrong hands, could be unspeakably terrible. But with 2014’s “Urlicht / Primal Light” Caine created something genuinely original, thrilling, and, downright wonderful. He plumbs the incomparable depth of Mahler’s music for its humor and its pathos; he finds Mahler’s hidden influences and affinities and brings them to the fore. This is, I feel comfortable saying, pretty much a perfect album. I imagine the live performance will be even better.

The same night as Caine’s Mahler performance (and, thankfully, the night after as well), violinist Mark Feldman and pianist Slyvie Courvoisier will be performing at the The New School. Like Caine, the two have recorded for Zorn’s Tzadik label numerous times. Their duo work in particular showcases their incredible skill on their respective instruments, as well as their brilliant patience and almost telepathic collaborative capabilities.