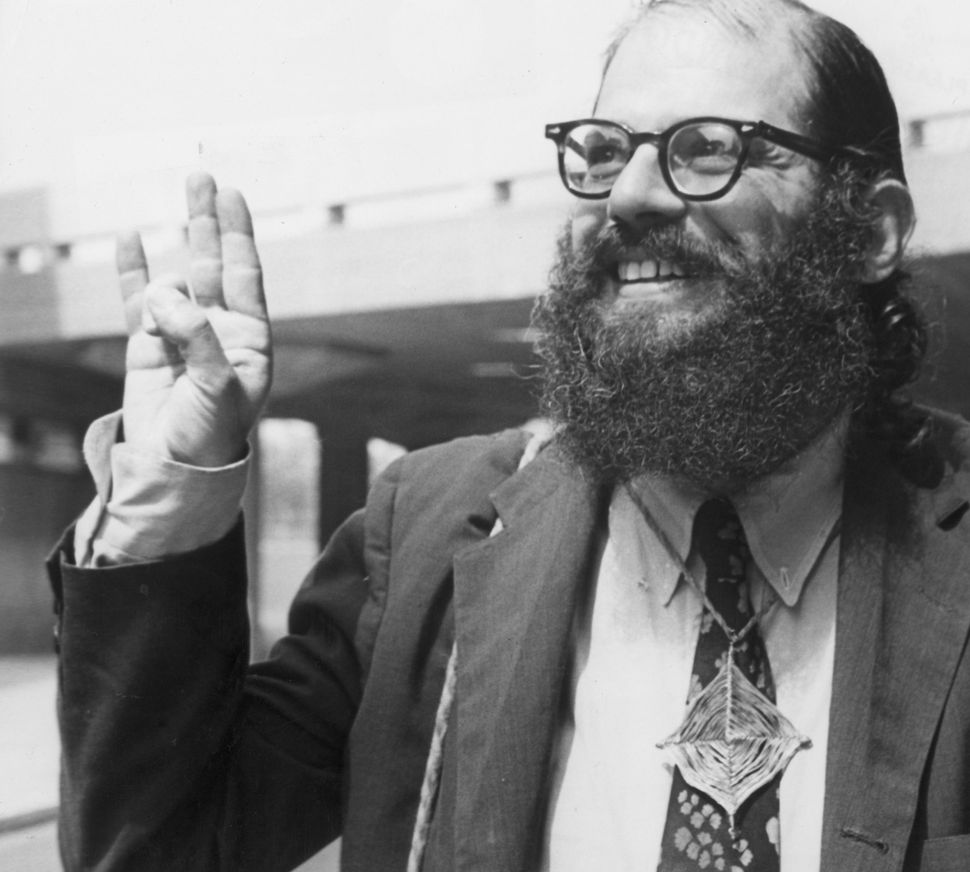 At some point, either in a high school English class or in a circle of semi-stoned friends — frankly, sometimes they’re one and the same (I’m from Colorado, sorry) — you’ve likely heard the famous opening line of Allen Ginsberg’s poem “Howl:” “I saw the best minds of my generation destroyed by madness,/starving hysterical naked,/dragging themselves through the negro streets at dawn looking/for an angry fix.”

Now, thanks to Stanford Libraries and the Allen Ginsberg Estate, you can see how the Jewish poet from New Jersey drafted the poem that encapsulated the visceral anguish and joys of the Beat Generation.

“The ‘Howl’ manuscripts and typescripts in the ‘Allen Ginsberg Papers’ document the formal development of the poem, tracing Ginsberg’s experiments with different structures and wording in each of the poem’s sections,” Rebecca Wingfield wrote in a blog post announcing the documents’ digital debut.

The typewritten pages are scrawled across with Ginsberg’s edits, including the addition, on the first page, of the poem’s dedication to Carl Solomon. Solomon and Ginsberg met at the Columbia Psychiatric Institute, where they were both patients in the 1950s; Solomon would also go on to publish with City Lights Books, the San Francisco publisher that released Ginsberg’s “Howl and Other Poems” in 1956.

So if the prospect of an America that could find itself in the thrall of a single poem sounds inviting — no matter how tortured the poem in question — go ahead and take a look through the Stanford materials. Your high school English teacher would be proud.