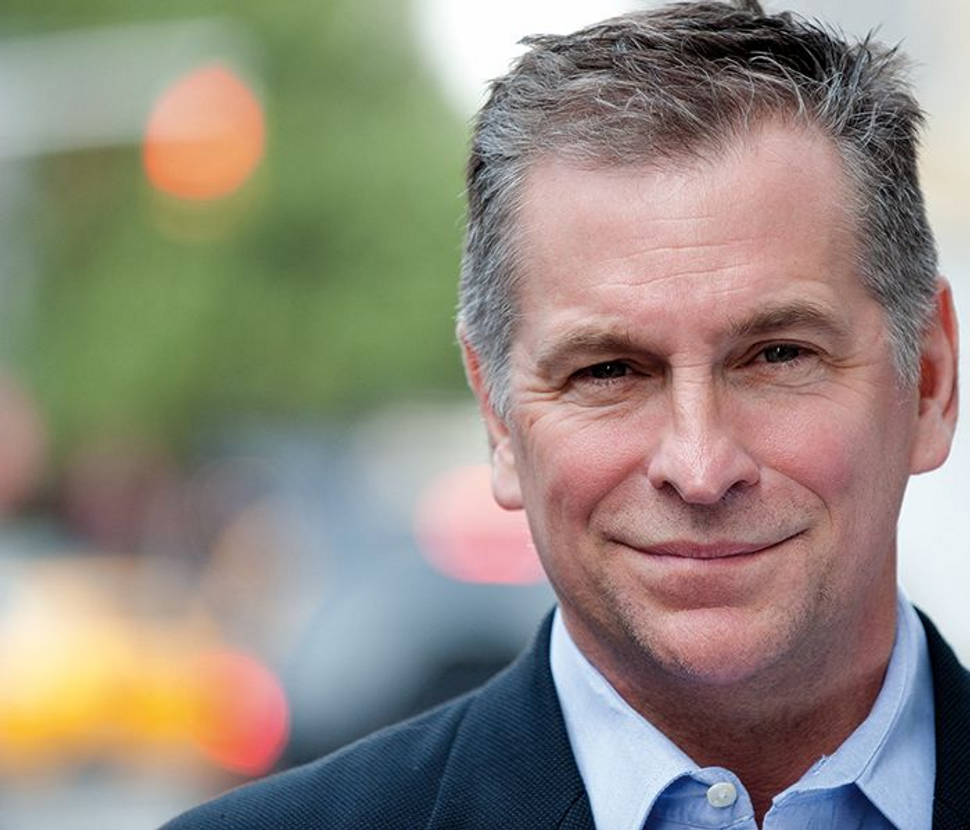 The Tenement Museum, a Lower East Side institution devoted to telling the story of American immigrants, has a new president.

Come July, Kevin Jennings, recently of the social and environmental justice-oriented Arcus Foundation, will succeed Dr. Morris J. Vogel, who has been the Museum’s president since 2008. Vogel announced his upcoming retirement in January.

Jennings, a former history teacher who founded the Gay, Lesbian and Straight Education Network, was President Obama’s assistant deputy secretary of education between 2009 and 2011. His hiring was announced in The New York Times.

The Forward spoke with Jennings over the phone. Read excerpts of that conversation, below.

Talya Zax: What would you like to see the Tenement Museum accomplish in your first years as its President?

Kevin Jennings: Well, I think that we are at a time in American life where immigration is maybe the hottest subject in the land, and its one which is deeply polarized. I think that the museum’s gift is it takes this highly polarized issue and it makes it human. It kind of demystifies the subject of immigration.

We’re opening a new exhibit this summer telling the story of post-World War II immigration to American. I’m hopeful we can play a role helping humanize the subject of immigration for America.

What are some of the challenges you anticipate in your new role?

I don’t anticipate encountering very many, because Morris Vogel has been a brilliant president for the last decade. He’s just completed a $20 million capital campaign, he’s prepared us to open this new exhibit.

Because these are actual tenement houses there’s simply a limit to how many people can come through. They are small tenement houses. You can only put so many people through a day. One of the things I’m going to focus on in my tenure is how to reach people in other ways, through augmented or virtual reality. How do we bring the story that the Tenement Museum tells so well to a much broader audience? We’ve got to look at other ways of making the museum accessible, especially for people who don’t have the means or accessibility to New York. We’ll be looking at how technology can complement what we’re doing.

Do you remember your first visit to the Museum? What impact did it have on you?

One word: Awe. I remember plain as day. It was over a decade ago: I had a sabbatical from my job and I was spending it touring museums around the world. The Tenement Museum was one of the most moving ones that I visited during this five months of traveling the world visiting history museums.

The reason was you just leave feeling in awe of the people who lived in these buildings. They’re not the founding fathers or mothers of our country, but they were incredibly brave, strong people. We all know that story coming in, but when you come to the museum you actually meet the Moores, the Baldizzis, or the Levine’s. They become so much more real. They not only had to learn how to be American, they changed our whole notion of what being an American is. I don’t know if I could be that strong.

How do you see this move expanding on and relating to your career thus far?

My whole career has been based on the idea that you can change people’s hearts and minds through stories. I’ve written seven books, virtually all of which are collections of stories. I’m a lover of history, my first job was as a tour guide at the Paul Revere house in 1981 when I was a freshman in college. I believe the power of stories from the past can really help us better understand who we are today and who we could be tomorrow. And I have a long background in running nonprofits. I’m excited by both the challenge of managing this incredible institution, but even more the ability to use the stories that we tell at the Tenement Museum to change hearts and minds on the subject of immigration.