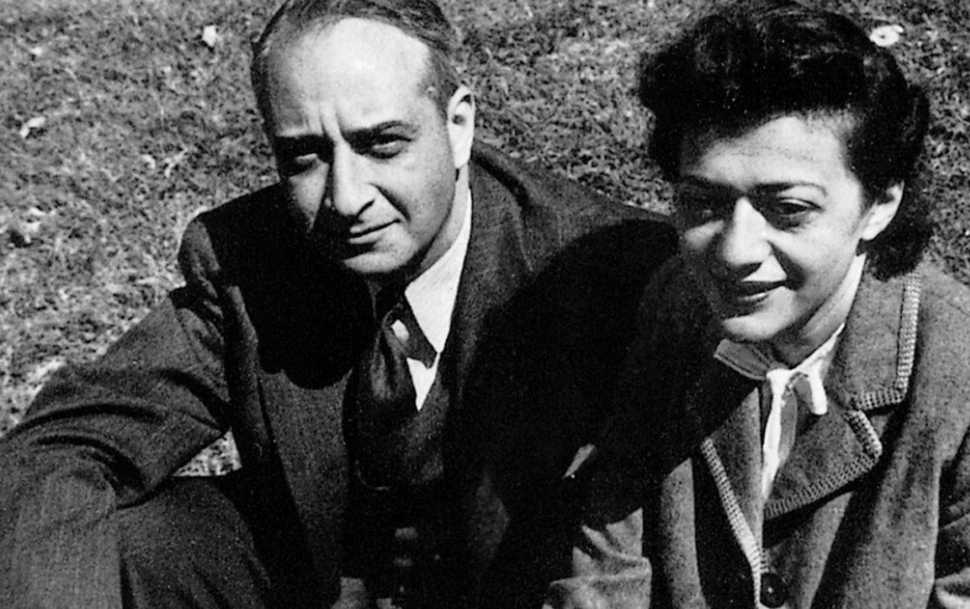 Diana Trilling, born on this day in 1905, had a complicated relationship to the world of American literature and letters.

As a book critic and essayist, writing first for The Nation and then for publications including Harper’s and The New Yorker, Trilling was widely respected — Martin Amis, remembering his first meeting with her, called her a “literary lioness” — and, having issued unflinching critiques of everyone from Philip Roth and Truman Capote to Arthur Koestler and Jean-Paul Sartre, occasionally feared.

On the other hand, her career was complicated by her marriage to the revered critic Lionel Trilling. Much of her early literary accomplishment consisted of edits of his work, the documentation of which he burned before his death in 1975. When she learned what he’d done, she thought he’d obliterated her pivotal role in earning his renown, a betrayal their son James said plagued her memories of her husband.

Even when her own career took off, after Lionlel recommended her as a critic for The Nation, the intensely masculine literary culture in which she participated left her anxious that her own accomplishments would always be neglected in light of those of her husband. In a 1996 obituary, The New York Times noted Trilling’s expressed anxiety that “the headline on her obituary would read: ‘Diana Trilling Dies at 150. Widow of Distinguished Professor and Literary Critic Lionel Trilling.’”

The actual headline, “Diana Trilling, a Cultural Critic and Member of a Select Intellectual Circle, Dies at 91,” might have better won her approval. But still, as Vivian Gornick noted in a review of Natalie Robin’s recent biography “The Untold Journey: The Life of Diana Trilling,” Trilling’s fears were prescient: “indeed, mention her name today and three out of four people will ask, ‘Who’s that?’ Add that she was the wife of Lionel Trilling, and those same people reply with a nod of recognition.”

There are numerous reasons that Trilling, in her unapologetically sharp glory, ought to be remembered. And since her voice has been too often overlooked, we’ll let her make the argument herself.

After all, don’t you want to read more of someone who described the title character of Roth’s “Portnoy’s Complaint” as thinking “his parents took the id out of Yid?” (It’s likely Trilling would have thought emojis the pinnacle of idiocy, but still, insert fire emoji here.) What about her keen observation, in the same article, “the alienated Jew” was a popular literary representation of “the whole modern human condition” for reason of being “our most cogent instance of alienated modern man?”

Imagine the pleasure to be had in tangling with an author who, remembering attending a White House event hosted by John and Jackie Kennedy, had the daring to issue a calm but scathing comment on the reception she encountered from the president and first lady:

“Actually, I’ve never been a less important feature in our shared social life. I had nothing to do with this occasion except as Lionel’s wife. Obviously, the President and Mrs. Kennedy knew who Lionel was. Most educated people were acquainted with Lionel’s name, just as they knew the names of Katherine Anne Porter and James Baldwin. These were literary celebrities. But did they read the serious intellectual journals and know that I was a writer, too? I didn’t have to ponder the answer. It was no.”

(If you were wondering about that chip on her shoulder: There it is.)

And especially in a time when people too easily sort both themselves and others into intellectually restrictive political groups, Trilling’s appreciation for ideological independence, and invective against ideological isolation, is worth deep consideration.

In a 1941 review of George Orwell’s “1984,” she wrote that with his “refusal to concentrate his attack upon Soviet totalitarianism alone, Mr. Orwell reasserts the ability, so rare among intellectuals of the left, to place his own brand of idealism above the uses of political partisanship.” It was the kernel of an intellectual ideology that would stay with her until her death.

“I think the life of significant contention no longer exists,” The New York Times quoted her as saying to New York Magazine in 1995, a year before she died. “We have enormous division in our society on sectarian or ideological lines. But we don’t have any discourse.”