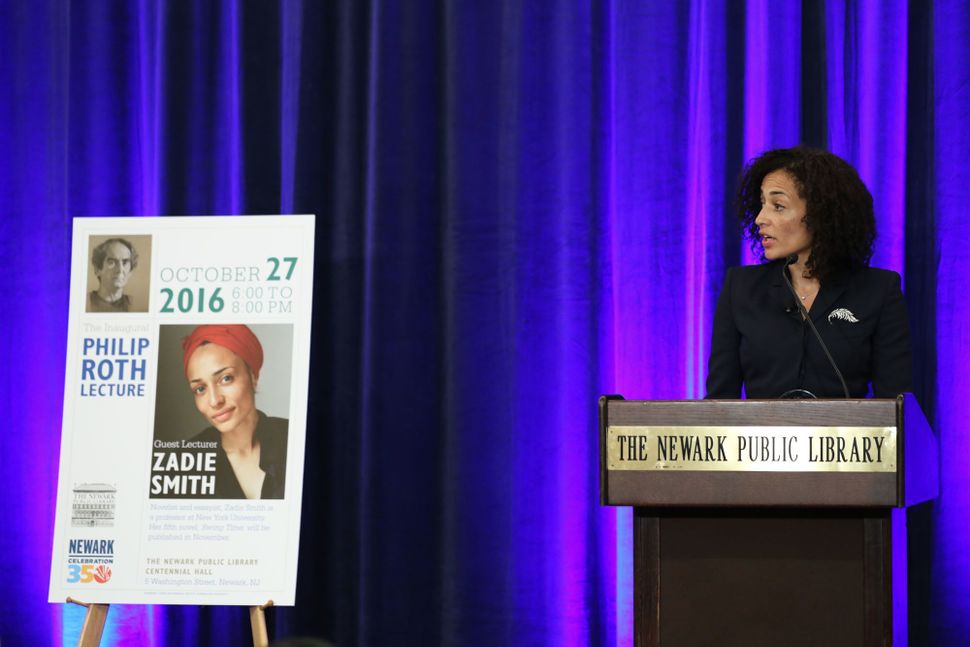 Who is Philip Roth?

Most of us agree on the known particulars: he’s a novelist (obviously), a Jew, a Newark native. Depending on who you ask, he is also a pervert, a misogynist, a narcissist, a chauvinist, and/or a self-hating Jew. (I got that list from quickly Googling “most frequent criticisms of Philip Roth;” I assure you, there’s more.)

If you ask Zadie Smith, the answer is more complicated. The novelist and essayist was Roth’s pick to deliver the inaugural lecture in his name at the Newark Public Library; Roth’s spokesperson, novelist Benjamin Taylor, whose works include “Tales Out of School” and “The Book of Getting Even,” said Roth admires Smith’s “freshness of mind, originality of intellect, and a gritty engagement with a hometown.” She chose as her subject, in a talk titled “The I Who is Not Me,” the complex obscurity of novelistic identity.

For Roth’s readers, that subject has sparked frequent concern over what relationship the author might have to his outsize, irreverent, often despicable characters.

For Smith, the point is not to see the challenging, or just plain gross, qualities and behaviors of Roth’s characters as an accurate and distasteful reflection of their author. The point is to see how, by imitating reality in boundary-breaking ways, they expand possibilities for writers and readers.

At that time, Smith said, it was equally impossible to, as a Jew, be a great American novelist. In her eyes Roth, along with Saul Bellow, changed that. And Roth’s great contribution was precisely that which most troubled his readers: the originality of his characters, in their lewdness and crudeness. They were not examples of how readers should live, Smith insisted, nor examples of how their author lived.

“The offer was not, ‘you too can be like Portnoy,’” she said. “The offer was, ‘Portnoy exists, be as you please.’” 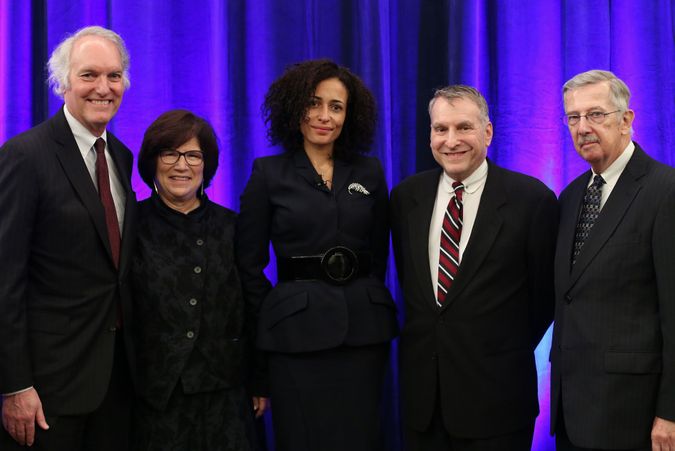 Smith’s lecture was the first of what the Newark Public Library intends to be annual Philip Roth lectures. It was recently announced that Roth will donate his entire personal library to the Library upon his death. “The purpose of the lecture series is to establish the Philip Roth Personal Library while he’s still alive,” said Tim Crist, president of the trustees of the Newark Public Library.

“He was a product of this city, and he contributed all the powers of his imagination to this city in book after book,” said Taylor. “What more fitting gesture than [that] the library, the personal library, which is the record of his formation as a writer should find its ultimate home here.”

Crist, speaking of Roth’s request that Smith deliver the inaugural lecture in the series, saw her sharing some of the literary characteristics she later drew attention to in Roth.

“In her own way she’s writing about similar groups trying to find their way, to create their own freedom to live out their lives,” he said.

Smith explained that she herself has only recently opened her own fiction to exhibit a great degree of personal freedom. Her fifth novel, “Swing Time,” which hits shelves November 15th, is her first written in first-person. Writing fiction in that voice, she explained, has made her recognize how much power there is in, as an author, “telling someone a true lie” – a story that, while entirely fictional, is related and experienced with an entirely real immediacy. And its made her appreciate how much the transgressive freedom Roth made inseparable from his characters has changed the literary world, permanently, for readers and writers alike.

“You don’t even have to read the book,” she said. “You’re already living in the world that Portnoy touched and changed.”