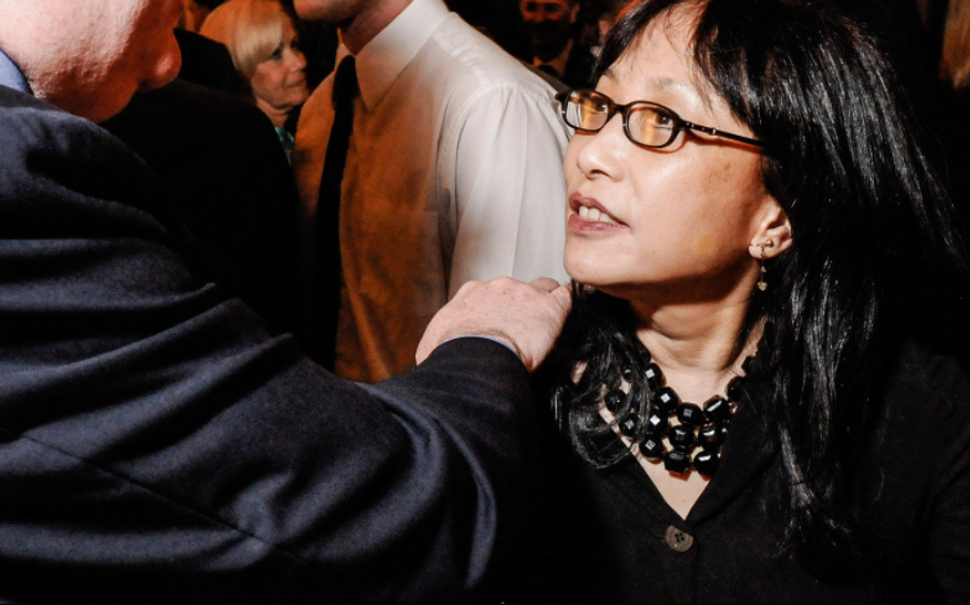 Michiko Kakutani, who as The New York Times’s longtime chief book critic earned both admiration and the ire novelists to whom she dished out less-than-favorable reviews — said novelists tended to be white, male, and accustomed to praise; make of that what you will — is stepping down from her post.

As the Times announced on July 27, Kakutani, who became one of the paper’s book reviewers in 1983, took a voluntary buyout. Kakutani has shared her intention to keep writing, but to shift her focus to broader critical essays.

My gratitude & thanks to the NYT Moving on to focus on longer pieces about politics & culture, though i will always love & write about books

In honor of Kakutani’s formative impact on the literary world during her years with the Times, expressed both through famously acerbic takes on books that failed to impress her and heartfelt appreciations of those that did, here are eight of her most memorable quips on Jewish writers.

“Like Hemingway’s late work, the more flaccid songs on this album often read like bad self-parodies of the artist’s finest work: A natural instinct for the prophetic has turned portentous and heavy-handed; a nimble way with irony has congealed into a pose,” Kakutani wrote in 1985, reviewing the lyrics from Dylan’s 1983 album “Infidels.” Take comfort — she was kind as well as honest, writing of Dylan “Nothing, certainly, can diminish the achievement of the early songs, and even the weakest of the later albums demonstrate intermittent flashes of verbal inspiration.”

Mailer was famously, offensively dismissive of Kakutani, possibly because of reviews like this: “Mr. Mailer, who turns 80 this month, never succeeded in altering ‘the nerves and marrow of a nation,’ as he once said ‘a writer of the largest dimension’ could, but instead produced a wildly eclectic oeuvre that was frequently overshadowed by his pugnacious public antics,” Kakutani wrote, reviewing Mailer’s 2003 volume “The Spooky Art.” Ouch.

Sontag was also not Kakutani’s biggest fan, a dislike she expressed most vociferously following the critic’s review of her 2003 book “Regarding the Pain of Others.” “Certainly Ms. Sontag is to be commended for acknowledging how her thinking has changed over the years, but it seems paradoxical that so many of the views she now disputes as conventional wisdom among the intelligentsia are views informed or shaped by her earlier writings. And because so many of the ideas laid out in ‘On Photography’ were so shrill and doctrinaire, the refutations in ‘Regarding the Pain of Others’ — often served up with an air of Delphic wisdom — tend to feel like belated and common-sense statements of the obvious,” Kakutani wrote.

Bellow won Kakutani’s approval; eat your heart out, Mailer. In a retrospective of Bellow’s life and work published upon the occasion of his death, Kakutani delivered a stunning introduction to the author: “His voice was instantly recognizable and inimitably his own: at once highbrow and streetwise, lofty and intimate — a voice equally at home ruminating on the great social and political ideas of the day, and at chronicling the ‘daily monkeyshines’ of ‘the cheapies, the stingies, the hypochondriacs, the family bores, humanoids’ and bar-stool comedians who populated his cacophonous world.”

Paying tribute to Sacks after his death in 2015, Kakutani praised the writer and doctor’s humanism. “It’s no coincidence that so many of the qualities that made Oliver Sacks such a brilliant writer are the same qualities that made him an ideal doctor: keen powers of observation and a devotion to detail, deep reservoirs of sympathy, and an intuitive understanding of the fathomless mysteries of the human brain and the intricate connections between the body and the mind,” she wrote.

Rand is a lightning rod for controversy, but Kakutani, upon the posthumous publication of her novel “Ideal” in 2015, wasn’t impressed. The main character, she wrote “is less a person than a speechifying symbol, and her story never rises even a smidgen above the preposterous.”

Another giant, and another cooly disapproving review from Kakutani, whom Auster’s 1997 memoir “Hand to Mouth” left untouched. “Even given this memoir’s limited ambitions — it is not a full-fledged autobiography but a meditation on the author’s early struggles to make a living — there is something undernourished about it,” she wrote. “It’s not just the author’s flat-footed prose; it’s his refusal to give us the sort of color, insight and emotional detail that might transform his narrative into something more than a series of anecdotes strung like pop beads along a theme.

This might be, unfortunately, the most biting determination of the lot. “This, sadly, is the sort of tendentious, self-important, sloppily reasoned book that gives feminism a bad name,” Kakutani wrote of Faludi’s 2007 book “The Terror Dream.”