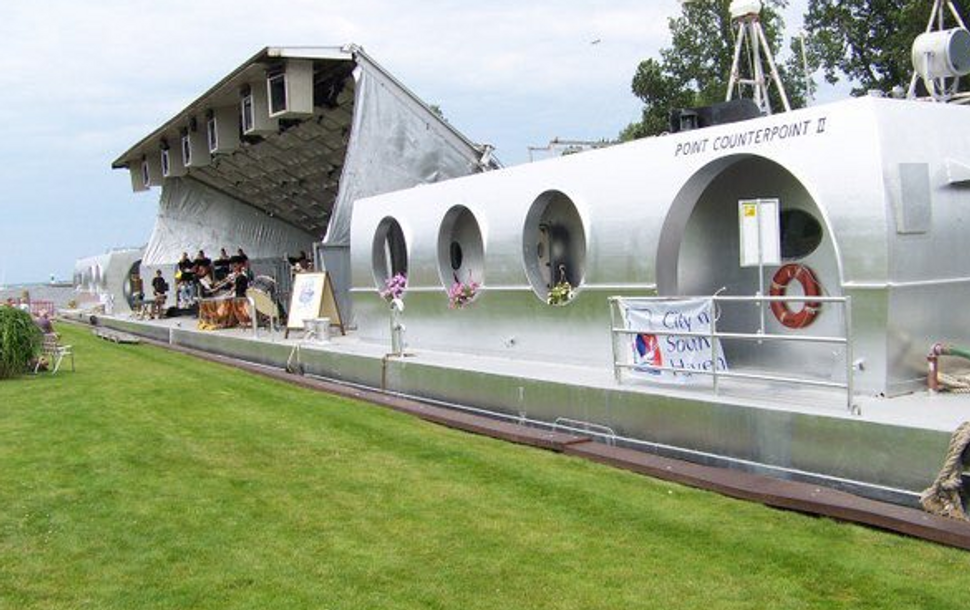 The late architect Louis Kahn is renowned for his impact on landscapes and cityscapes around the world, from the United States to Israel to Bangladesh.

But one of his most moving creations, “Point Counterpoint II” was designed to live on the water. The bad news: It’s in immediate danger of being destroyed. The good news: Cellist Yo-Yo Ma, one of the most prominent figures in American classical music, is trying to save it.

In a letter to the editor of The New York Review of Books, appearing in that publication’s August 17 issue but already published online, Ma responded to a June 22 feature on Kahn’s life and legacy.

“In the mid-1960s, conductor Robert Austin Boudreau — Kahn’s friend and mine — commissioned Kahn to design a unique floating concert hall, one that would carry an orchestra up and down America’s waterways in a grand celebration of the Bicentennial,” Ma wrote.

Since its 1976 launch, Boudreau and his wife Kathleen have guided Kahn’s floating concert hall across the waterways of the United States, and occasionally steered it abroad. Docked, the structure “opens like a clamshell to reveal a glittering concert stage,” Ma wrote, noting that the music performed from its stage has often been composed specifically for Boudreau’s American Wind Symphony Orchestra.

But Boudreau is 90, and decided it was time to hang up his baton — or, at least, keep it land-based. He searched for a new custodian for the boat, to no avail. If no one came through, Ma wrote, Kahn’s great aquatic achievement would head to the scrapyard at the end of this month, after the Wind Symphony Orchestra finished its 2017 tour.

It’s possible his entreaty for the Review’s readers to help may just keep Kahn’s masterpiece afloat.

As The Chicago Tribune reported, the New York town of Kingston, situated on the Hudson River, is considering buying the boat. The town is known for its artistic community, and mayor Steve Noble has expressed an interest in helping Boudreau find a new home for “Point Counterpoint II.” He, along with other Kingston officials, will meet with Boudreau this Friday to discuss the idea further.

That must be welcome news for Ma.

“At a time when our national conversation is so often focused on division, we can ill afford to condemn to the scrap heap such a vibrant ambassador for our national unity,” he wrote. Aye, aye.